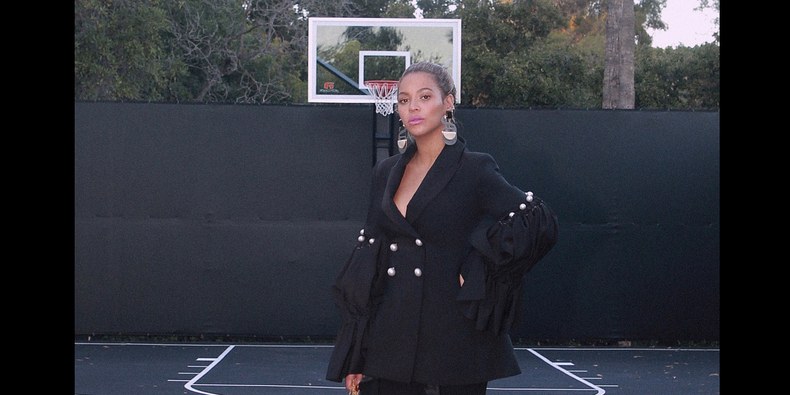 Three years ago, when Beyoncé launched Ivy Park, her stans behaved like stans, which is to say: They predictably came in droves to buy pieces of their idol’s first foray into the activewear space.

Beyoncé launched the brand in collaboration with Topshop in April 2016, and it was partially an attempt to reinvigorate the British retailer in the fast fashion sphere. But after two and a half years of co-ownership with Topshop (and in the wake of sexual harassment and racial abuse allegations against Topshop founder Sir Philip Green), the superstar’s private entertainment firm, Parkwood Entertainment, acquired all the reins to Ivy Park in November 2018, making Beyoncé the sole owner.

For a minute, many wondered what the future would hold for Ivy Park, until it was announced today that Beyoncé had found a new collaborator for her sportswear brand: Adidas.

A few days ago, Adidas teased via Instagram that “a new beginning” would be coming on April 4. Every self-respecting member of the Beyhive knows the significance the number four holds for Beyoncé, but for the uninitiated: She married Jay-Z on April 4, 2008, she was born on September 4, 1981, Jay-Z’s last album was titled 4:44, her fourth studio album got the title 4, and even “Ivy” is assumed to represent the Roman numeral IV, which both Beyoncé and Jay-Z have tattooed on their wedding fingers.

The official Adidas press release announcing the partnership established that the collaboration will include products that range “from performance to lifestyle” and will place Beyoncé as “a creative partner for the brand,” with the retailer insisting that “the partnership respects Beyoncé’s ownership of her company, which continues her journey as one of the first black women to be the sole owner of an athleisure brand.” This multilayered affiliation includes not only new signature apparel in collaboration with Ivy Park but the development of signature footwear as well.

So Beyoncé sneakers are coming, and those members of the Beyhive who fancy themselves as sneakerheads will come out of the woodwork. She’ll be following in the footsteps of plenty of musicians who have collaborated with major sneaker brands before her: Kanye West lined up with Adidas; Tyler, the Creator made a shoe with Converse; and even Jay-Z collaborated on a shoe with Reebok called the S. Carter. Of course, Missy Elliot broke the mold in 2004 when she became history’s first female rapper to profit from an athletic apparel endorsement thanks to her signature Adidas line called Respect M.E.

One can only approximate what the new clothing line will look like, but the bee-like black-and-yellow color story on Ivy Park’s Instagram grid might be a hint. Also, one has to wonder: Will one able to play ball in the new Beyoncé shoes, or will they be structured for athleisure?

It all started because Run DMC didn't want to wear leather pants.

This particular collaboration also begs the question of what a signature Beyoncé Adidas sneaker will be called. Kanye West’s sneakers are technically listed as the “Adidas Yeezy” but most people drop the “Adidas” and call them “Yeezys.” Similarly, Stan Smith’s iconic white tennis shoes are known as “Stan Smiths.” Will the new Beyoncé sneakers get the same treatment, colloquially referred to by sneakerheads and the Beyhive alike as “the Beyoncés,” or might they be shortened to, simply, “the Beys?”

Rest assured, with Beyoncé—the undisputed queen of the world-stopping media drop—listed as a creative partner, when this new Ivy Park x Adidas line drops it will be next to impossible to walk past an Adidas store without seeing flocks of stans camping outside in a line, or to click on an Adidas link to purchase without the Internet freezing from being too crowded. You thought Avengers tickets were hard to get? Good luck purchasing a piece of the new Beyoncé collection.

Additionally, considering the resale value of pieces from hypebeast collections like Supreme, it’s probably safe to assume that if you do end up getting your hands on the new Ivy Park x Adidas collab, you might want to lock a piece of it up tight before deciding to wear it out.

Related: Beyoncé and Jay-Z Dedicate Their GLAAD Media Vanguard Award to Their Families in Emotional Speech

Cameron Diaz On Becoming a Mom in 'Second Half' of Life, Talks Marriage and Film Career
ENTERTAINMENT