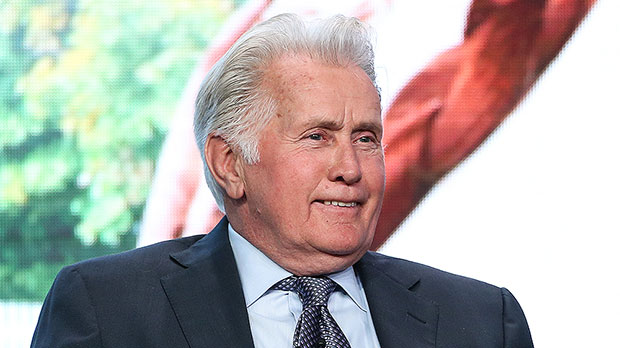 Is it time to cancel Donald Trump? Ahead of the midterm elections, ‘The West Wing’ star Martin Sheen EXCLUSIVELY tells HollywoodLife.com that he thinks Trump has ‘worn out his welcome’ at the White House.

For seven seasons, Martin Sheen, 78, captivated audiences and critics alike with his portrayal of President Josiah “Jed” Bartlet in Aaron Sorkin’s The West Wing. With a reality television star currently inhabiting the actual West Wing of the White House, Martin thinks that America is over Donald Trump, 72, and that his administration is not deserving of a renewal. “People are starting to get bored with him,” he EXCLUSIVELY tells HollywoodLife.com at the Sexy Liberal Blue Wave Tour, ahead of the 2018 Midterm elections. “Everything is all about him all of the time and people are saying enough already.”

“As [Barack] Obama says, ‘C’mon man!’ I think people are starting to wake up to him. He was a novelty for a while. He’s really wearing out his welcome,” Martin tells HollywoodLife.com. Well, Trump will be “on the air,” so to speak, until the 2020 election. When he runs for reelection, he could be facing a wide variety of challengers – Senator Elizabeth Warren, Senator Ted Cruz, or…maybe Martin Sheen himself?!

“A lot of people used to ask me to consider [running for president] when I was doing The West Wing,” he tells HollywoodLife.com, “and I used to respond with, ‘I don’t know if I’m qualified.’ Now, I’m not so sure.” However, unlike Will & Grace and The Connors, Martin isn’t going to revive The West Wing in real life. When asked if he would pull a Kanye West and actually run, he shot down that idea. “No,” he said, “I’m too old. Far too old.”

Interesting. Martin’s only a year older than Bernie Sanders, 77, and a few years older than Joe Biden, 75. Though, after seven seasons of playing an American president, Martin has a general idea of what it takes to make it in the White House (and the type of person who should carry the mantle of the president.) “My time playing the president on The West Wing taught me what Washington should be like,” Martin said in a fundraising email from the Democratic Congressional Campaign Committee in 2017, according to The Hill.

“And right now, with the Republicans in control, it’s far from what we, as Americans, deserve.” He also called Trump the “most disgusted by the Republican effort to gut health care and social programs for Americans in need.”

Remember to vote on Nov. 6. If you need more information about your polling place, voter registration status, candidates — anything you can think of — before voting, you can find it HERE.