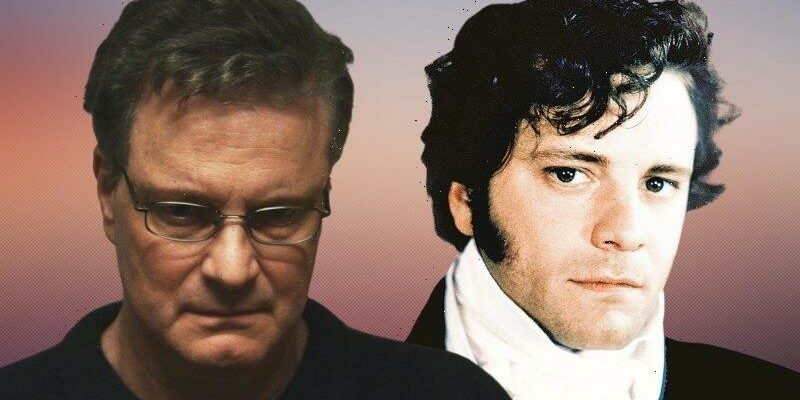 Spoiler: This contains information about the first four episodes of The Staircase.

We can all agree that true crime is having an absolute moment. But it also feels like we have reached mass saturation, and it’s becoming harder to determine which shows are actually worthy of our interest. Friends will text me asking for thoughts on the latest ripped from the headlines TV series, and I’ll draw a blank.

“What about Inventing Anna?” Sure, why not.

“And The Dropout? Or Underbelly: Vanishing Act?” Look, they’re all good. Just pick one.

And there are plenty to choose from, which makes it all the more impressive that The Staircase has cut through the noise and demanded our attention. Airing on Binge, the series follows the endlessly baffling story of Michael Peterson, the novelist accused of murdering his wife, Kathleen, by pushing her down the stairs in 2001. 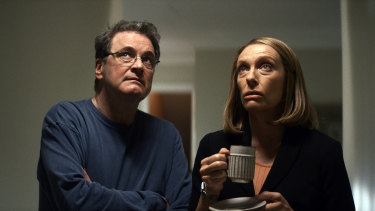 Colin Firth as Michael Peterson and Toni Collette as Kathleen in The Staircase.Credit:HBO/Binge

Peterson is already familiar to true crime buffs after his case caught the eye of French documentarian Jean-Xavier de Lestrade. Lestrade shadowed the case and promptly turned his findings into the 2005 Peabody winning documentary, also called The Staircase.

Fast forward to today, and the Peterson case copping the serial treatment is hardly earth-shattering. But how the show has managed to stand in a crowd of same-same TV proves that sometimes, true crime still does pay. Here’s why The Staircase is your next obsession.

Colin Firth arguably gives one of the best TV performances of the year as he transforms into Michael Peterson. The real Peterson is a complex individual, a big personality in a small town. Firth inhabits all the internal conflict, becoming a man who is both earnest and polite, but ruthless and deceptive. Toni Collette is also expectedly brilliant as Kathleen, breathing life into a piece of the Peterson puzzle that often gets overlooked in the wash of speculation.

As a side note: Colin Firth is a professional actor (he even has an Oscar!), so it shouldn’t be an achievement when he plays an American convincingly. However, for someone whose whole brand is based on being Proper British (I mean, he was Mr Darcy in Pride & Prejudice), it’s satisfying to see how effortlessly he adapts.

The Staircase world is familiar but feels fresh

Heading into The Staircase, there was a fear that the overexposure of the case might equate to a lack of interest. We’ve already seen an exhaustive documentary. Do we really need to retrace this story for another eight episodes? But it turns out the reverse is true; all the colour from Lestrade’s documentary only serves to enrich The Staircase as a viewing experience.

Watching Parker Posey as Freda Black, the former Durham County prosecutor, is a reminder of just how terrifying and captivating the real Black was in court.

Able to wield her Southern charm like a weapon, Black infamously tried to convince the jury that Peterson’s bisexuality was a sign of his guilt. “Do you really believe that Kathleen knew Mr Peterson was bisexual? Does that make common sense to you?”

Posey captures all of Black’s mannerisms, and her portrayal will have you rushing to YouTube to revisit Black’s closing testimony. It’s also curious to recall how the family dynamics change through the trial as the blended Peterson family falls apart in the face of revelations.

The Staircase might be the first true-crime series that features a storyline about making a true-crime series. The inclusion of documentary maker Jean-Xavier de Lestrade as a character (along with his crew) is a meta-masterstroke that helps propel the story forward, elevating it beyond other self-contained true-crime series. It also helps remind us of just how blurred the lines are in this case. 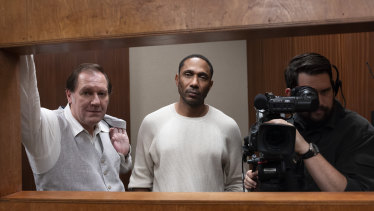 The documentarian remains unsure of Peterson’s guilt, but one thing he is sure of is that the drama series has misrepresented his team and their methods. De Lestrade worked closely with The Staircase director Antonio Campos, opening up his archives and providing advice. Unfortunately, he is not pleased with how that has been paid back on screen.

“I understand if you dramatise. But when you attack the credibility of my work, that’s really not acceptable to me,” de Lestrade told Variety earlier this week. “It’s alleged that we cut the documentary series in a way to help Peterson’s appeal, which is not true.”

One of the fascinating aspects of the Peterson case is that we still don’t really know what happened to Kathleen that night. Did she fall? Did Michael push her? Was it a random bird attack as proposed by the defence team’s owl theory? 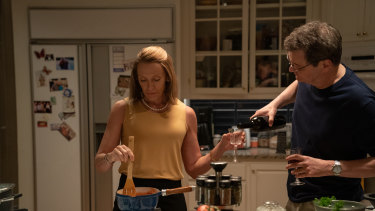 The last supper. What happened to Kathleen Peterson on the night of her death continues to baffle those familiar with the case.

The curious thing about The Staircase is that it doesn’t shy away from depicting all the possibilities. Four episodes have been released so far, and we’ve seen Kathleen’s death twice: as an innocent but tragic fall down the stairs and as a brutal murder carried out by her husband. It remains to be seen if we’ll witness the owl theory in action, but with four episodes to come, you can’t count it out.