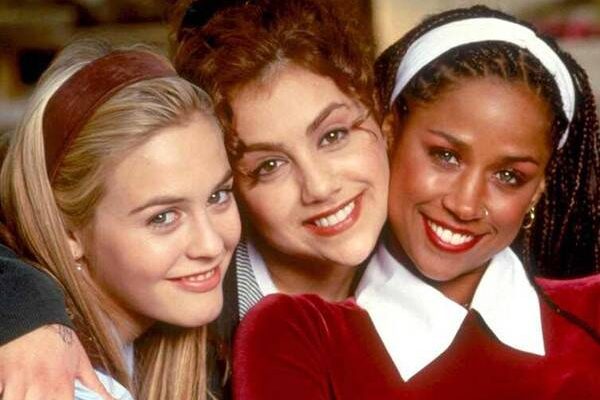 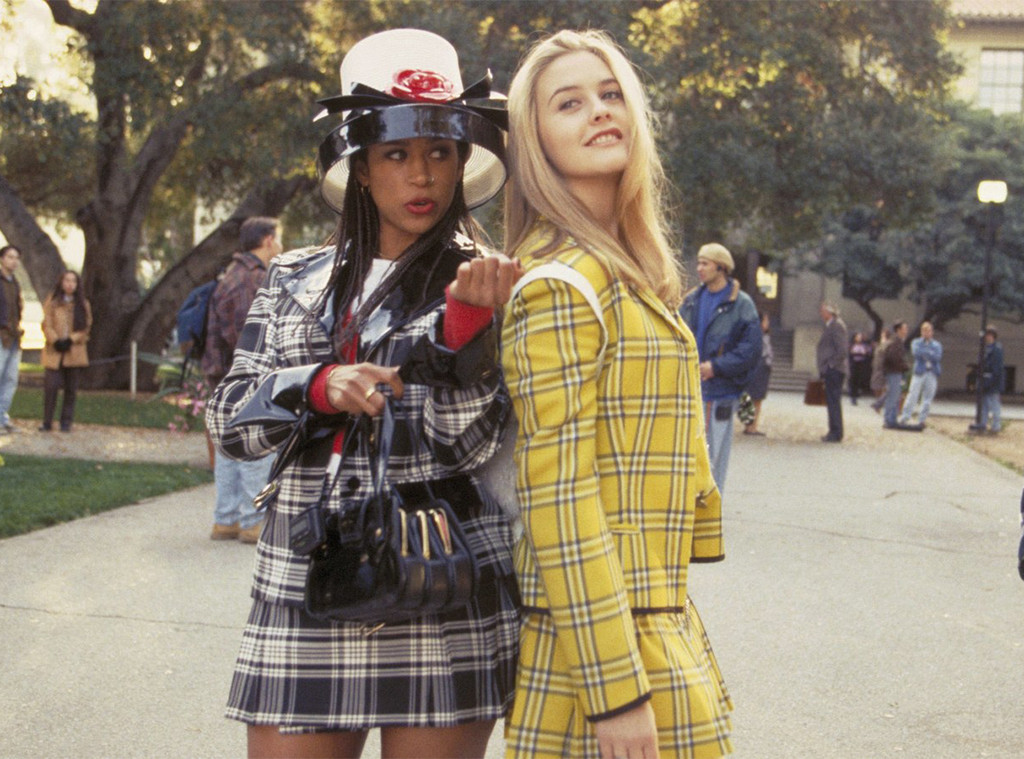 24 years ago today, Clueless was released and it has definitely stood the test of time.

After hitting theaters in 1995, the rom-com became a cult classic that has only gotten more and more popular with age. Who would’ve thought that a movie about a rich high schooler from Beverly Hills trying to navigate her world and also help a new kid on the block fit in would still be so beloved?

Well, if you’ve ever seen Clueless then you totally get it. Thanks to Cher (Alicia Silverstone), Dionne (Stacey Dash), Tai (Brittany Murphy), Travis (Breckin Meyer), Murray (Donald Faison) and the rest of their rich and so, so sassy crew, we’ve been rollin’ with our homies year after year while watching and loving this ’90s flick.

Whether you are a fan of the film because Cher can’t drive, but looks good trying, or because Dionne and Murray are the cutest high school couple ever, watching this movie whenever you’re nostalgic is always a good idea.

Two decades after it came out we still ooh and aah when Cher realizes her love for her ex-stepbrother Josh (Paul Rudd), who is oh, so dreamy.

We continually wish we had Cher’s epic closet, complete with a capable looking outfit from Fred Segal, and of course we are all about the Pismo Beach disaster relief fund.

The best part of this classic rom-com however is that it is full of quotes that are like music to our ears. They are hilarious, rude and totally valley girl, which if we’re being honest, makes them that much better.

See all of the iconic lines from Clueless below and then vote for the one you love most after all these years!

“Okay, so you’re probably going, ‘Is this like a Noxzema commercial or what?’ But seriously, I actually have a way normal life for a teenage girl.” Be honest, this is what you wish you could’ve said as a teenager, but sadly could not. The good news: the quote is still iconic.

“Rollin’ with the homies.” Admit it, you just sang this in your head!

“You’re a virgin who can’t drive!” This cuts so deep that we can still see Cher’s face after Tai says this to her, decades later.

“That was way harsh, Tai.” Whenever someone says something a little over the line we are tempted to (and often do) say this in response. It’s so good.

“Be seeing you…Yeah, I hope not sporadically.” Remember when Tai was trying to learn a new word every day? Ya, she didn’t exactly get it correct here, but now we too hope we see our crush not sporadically.

“Do you prefer fashion victim, or ensembley challenged?” The next time someone steals your style or rocks a hideous wardrobe and then maybe insults yours, just think, what would Cher say? The answer: say this, duh. 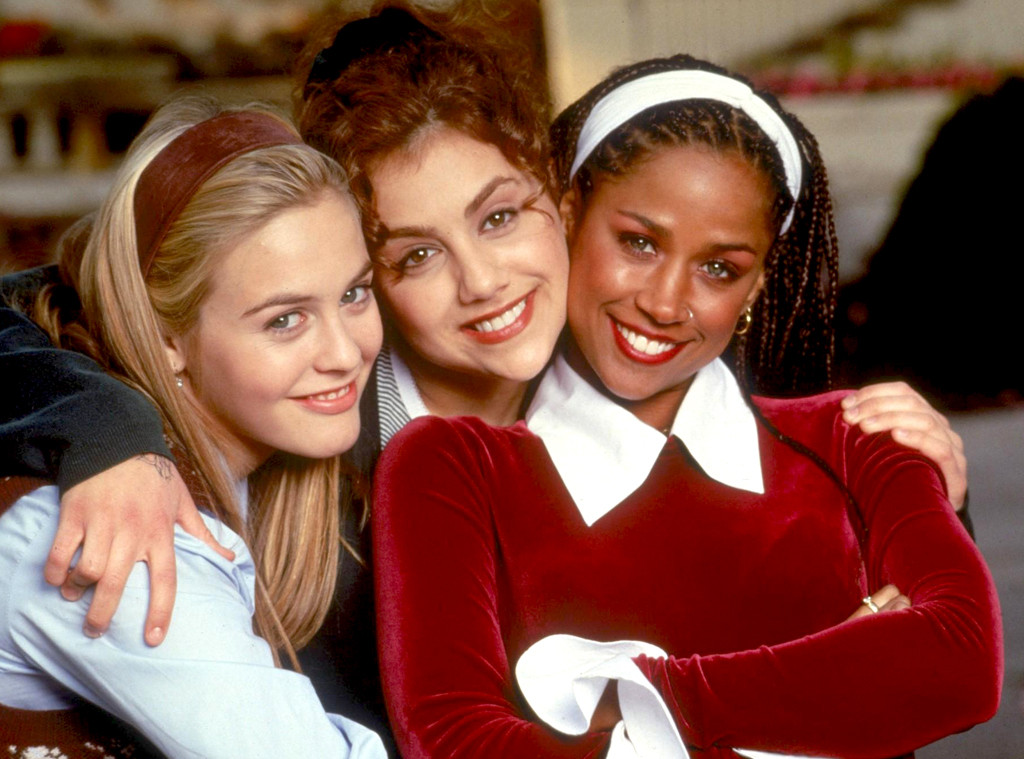 “She could be a farmer in those clothes.” Oh Amber, this is way harsh and yet one of our favorite insults from Clueless.

“You are a snob and a half.” You’re not a normal snob, you’re a cool, over-the-top snob!

“Oh my god, I am totally buggin’.” You might not be a valley girl, but we bet you’ve felt like you were totally buggin’ at some point in your life, so why not just say it?

“She’s a full-on Monet. It’s like a painting, see? From far away, it’s OK, but up close it’s a big old mess.” This might be one of the most on-point things that Cher says in this movie and it’s also totally true. In case didn’t already know, you don’t want to be a full-on Monet. 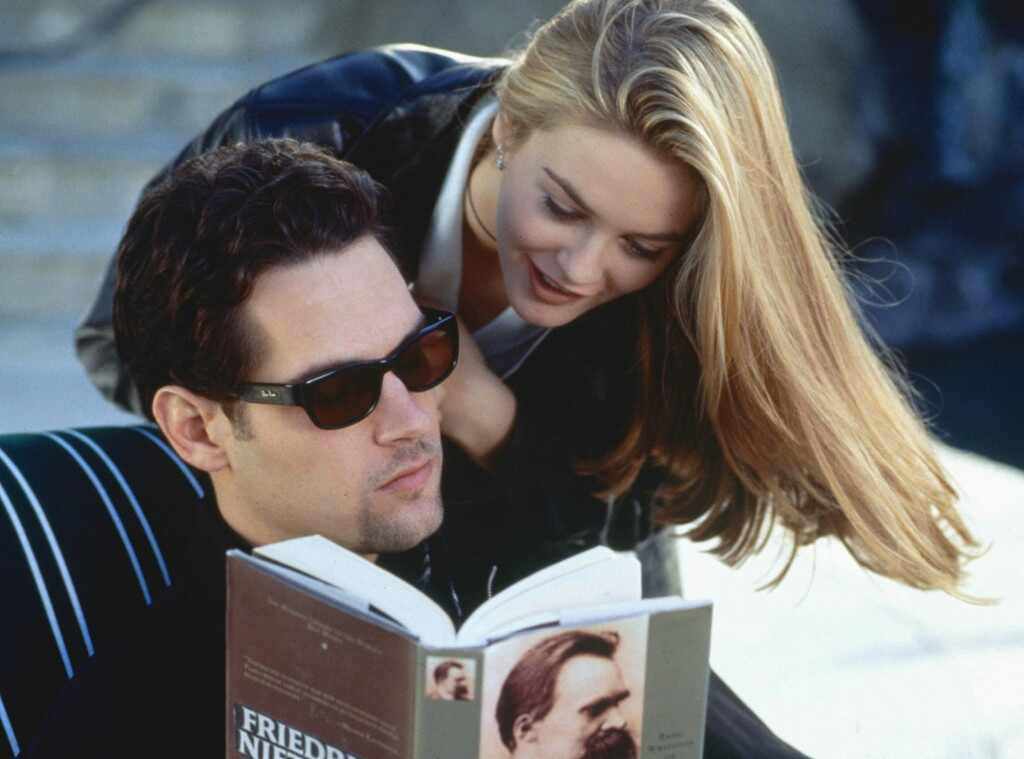 “I’m not a prude, I’m just highly selective.” You do you Cher!

“Whatever.” When Amber throws up the “w” sign and says this it instantly takes us back to the ’90s, which is not a bad thing.

“Ugh, as if!” As the most iconic quote in this movie we say it all the time. If someone does something stupid, or if they try to hit on us while we’re walking down the street, what do we do? Say it loud and say it proud.

Vote for the quote you can’t stop saying from one of the best movies of the ’90s below.