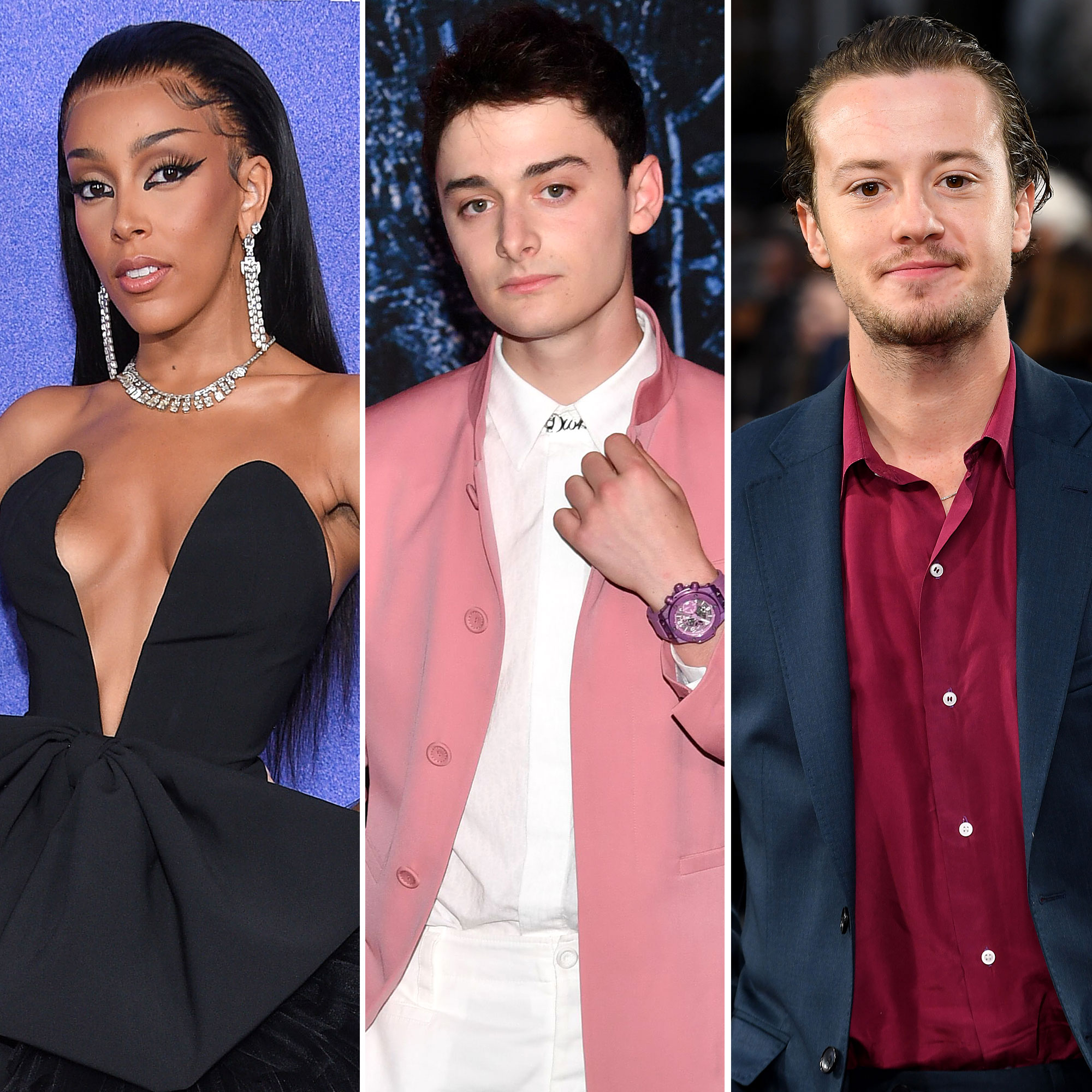 The 26-year-old Grammy winner made her interest in the 29-year-old British actor known in May, tweeting, “Joseph Quinn fine as s–t.” She doubled down on her feelings earlier this week, asking Schnapp, 17, in a DM if he could get Quinn to hit her up.

The teenager posted the exchange in a since-deleted TikTok video, which instantly went viral. “Noah can you tell Joseph to hmu? Wait no. Does he have a girlfriend?” the “Kiss Me More” artist wrote, to which Schnapp replied that Doja should “slide into his DMs.”

During an Instagram Live with fans on Thursday, July 7, Doja revealed that she “didn’t feel comfortable” with the New York native making their conversation public. “First, let’s try to be chill about it,” the musician said. “To be fair, this is like a kid. Noah, I don’t know how old he is, but he’s not even like over 21. When you’re that young, you make mistakes, you do dumb s–t. I’m trying to be super fair.”

Final Battle for Hawkins! Everything to Know About ‘Stranger Things’ Season 5

The “Woman” singer continued, “You do dumb s–t, you say dumb s–t. You f–k up relationships with people. You make mistakes. You’re supposed to do stuff like that so that you know not to do it in the future. I did my share of f–k-ups so that I don’t f–k up again.”

Doja told her followers that she didn’t expect this type of behavior from Schnapp. “But the fact that Noah did that, like, went and posted a private conversation between me and him is so unbelievably, like, socially unaware and whack,” she argued. “That’s like borderline snake s–t. That’s like weasel s–t. I’m not saying that encapsulates his entire personality. I wouldn’t imagine he is. Maybe he is, like, a whole snake. But I didn’t see him that way. I made an assumption that he was gonna be chill about it and he went and shared information that I didn’t feel comfortable with him sharing.”

Neither Netflix star has publicly responded to Dojo’s comments. 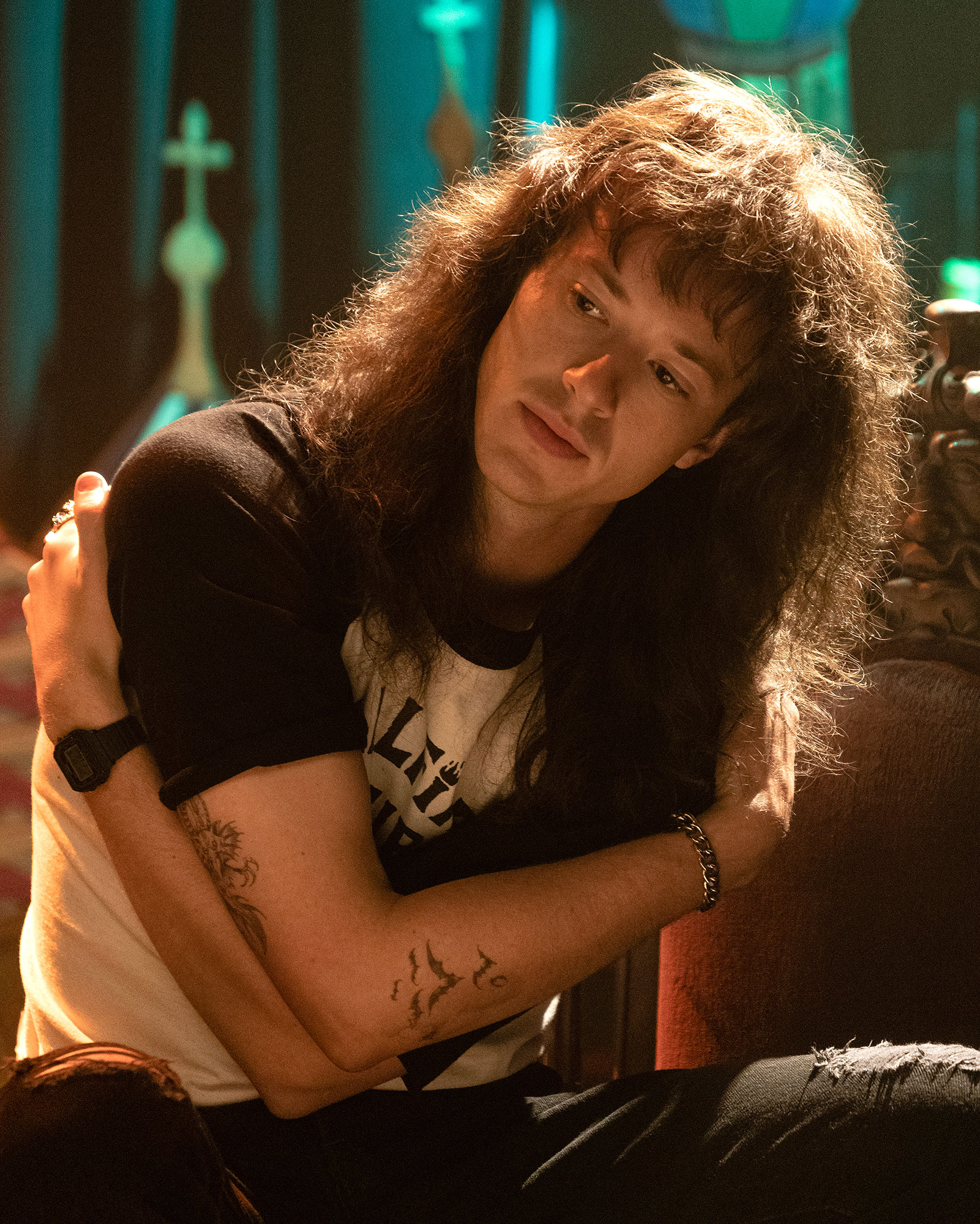 This isn’t the first time Schnapp has come under fire for his social media activity. In August 2020, the hashtag #NoahSchnappIsOverParty became a trending topic on Twitter after some users believed they caught the actor singing the N-word in a resurfaced clip of him performing Lil Dicky‘s 2018 hit “Freaky Friday.” The Screen Actors Guild Award winner defended himself via his Instagram Stories.

“Hi guys. recently a video from last summer has gotten out of me dancing and singing a song while singing the word ‘neighbor’ over the n word. i would truly never say the n word and i’m not the type of person,” he wrote at the time. “I genuinely have never used that word in my life. using the word ‘neighbor’ in that song was just something my camp friends and i did.”

He added, “I hope you all understand i could never even think about doing that. my friends also would never post a video, or support me, if i was saying that slur without hesitation. i apologize for using a replacement word. it is not my place to use one and i should of [sic] kept my mouth shut. i understand why it is found offensive and i am so sorry.”

Quinn, for his part, became a breakout star after making his Stranger Things debut as Eddie Munson in season 4. After the jaw-dropping finale premiered earlier this month, the Game of Thrones alum opened up about Eddie’s “redemption” arc — and heartbreaking fate.

“I think he gets a little bored with feeling pathetic and unable to do anything,” Quinn told The Hollywood Reporter. “And then at some point in episode 8, a switch flips, and he decides that he’s going to prove himself. The opportunity then arises, but he has to pay the ultimate price. But he proves to himself that he certainly isn’t a coward.”