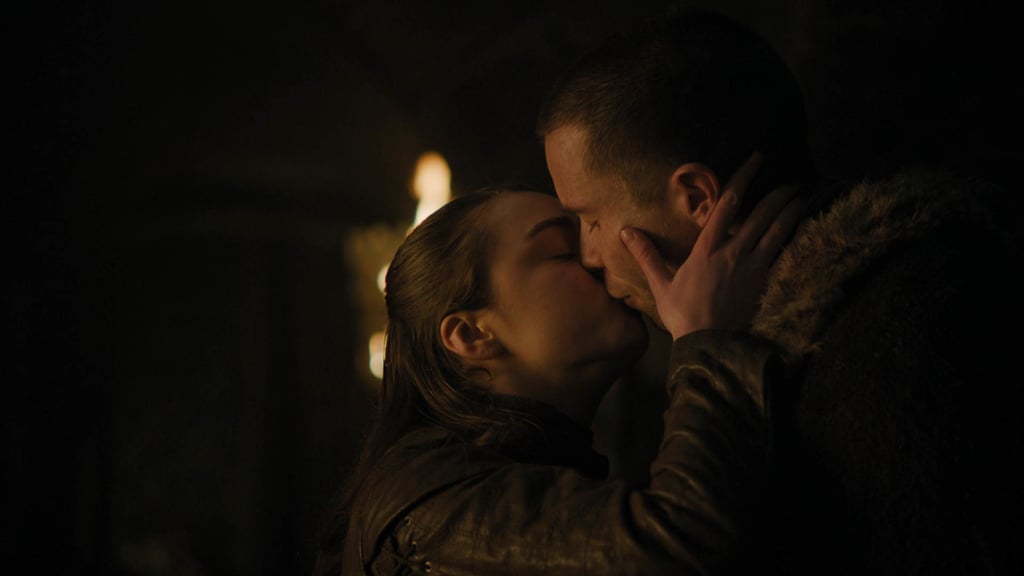 Warning: MAJOR Spoilers for Game of Thrones ahead!

Just when we thought things were going to get tragic on Game of Thrones, they actually went in the opposite direction. Ever since Jon and Daenerys’s arrival in Winterfell during the premiere, tension has been thicker than a bowl of steel-cut oatmeal. But one reunion in particular still gives us the happy kind of intensity — Arya and Gendry. The two have been separated since Gendry was kidnapped by the Brotherhood and sold to Melisandre, but being back together again proves that their childhood crushes have a lot of potential to be more. And the final season’s second episode delivered on that potential in spades.

It starts out with a bit of flirting between the two when Arya comes to check up on the weapon she asked Gendry to make for her. It’s obvious that the two know there’s chemistry between them, and when Arya demonstrates just how capable of a warrior she is with some sharpened pieces of dragonglass, it’s obvious that Gendry is feeling the heat! It all culminates when the two meet up as everyone is preparing for the Great Battle and Gendry finds Arya to give her back her weapon. Arya asks him what Melisandre wanted with him and somehow the conversation leads to how many women the blacksmith has slept with. And as things go, this leads to Arya admitting that she wants to know what making love feels like before she possibly dies and, well, we know how this story goes folks!

This has been a long time coming for fans of Arya and Gendry, and they are definitely feeling the love! Check out some of the best reactions to the sex scene (which was surprisingly tasteful for Game of Thrones, only a bit of sideboob) ahead!