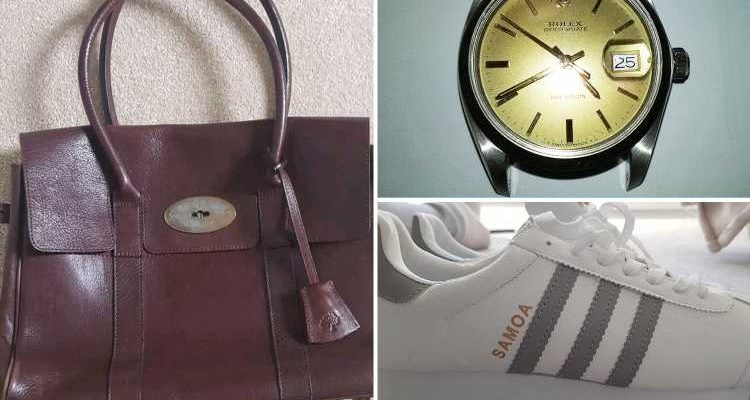 SHOPPERS need to watch out for fakes when buying on the likes of Amazon marketplace, eBay, Facebook, and Gumtree as often deals aren't what they seem.

More than 13,000 problems with purchases from online marketplaces were reported to Citizens Advice last year with people losing out an average of £215. 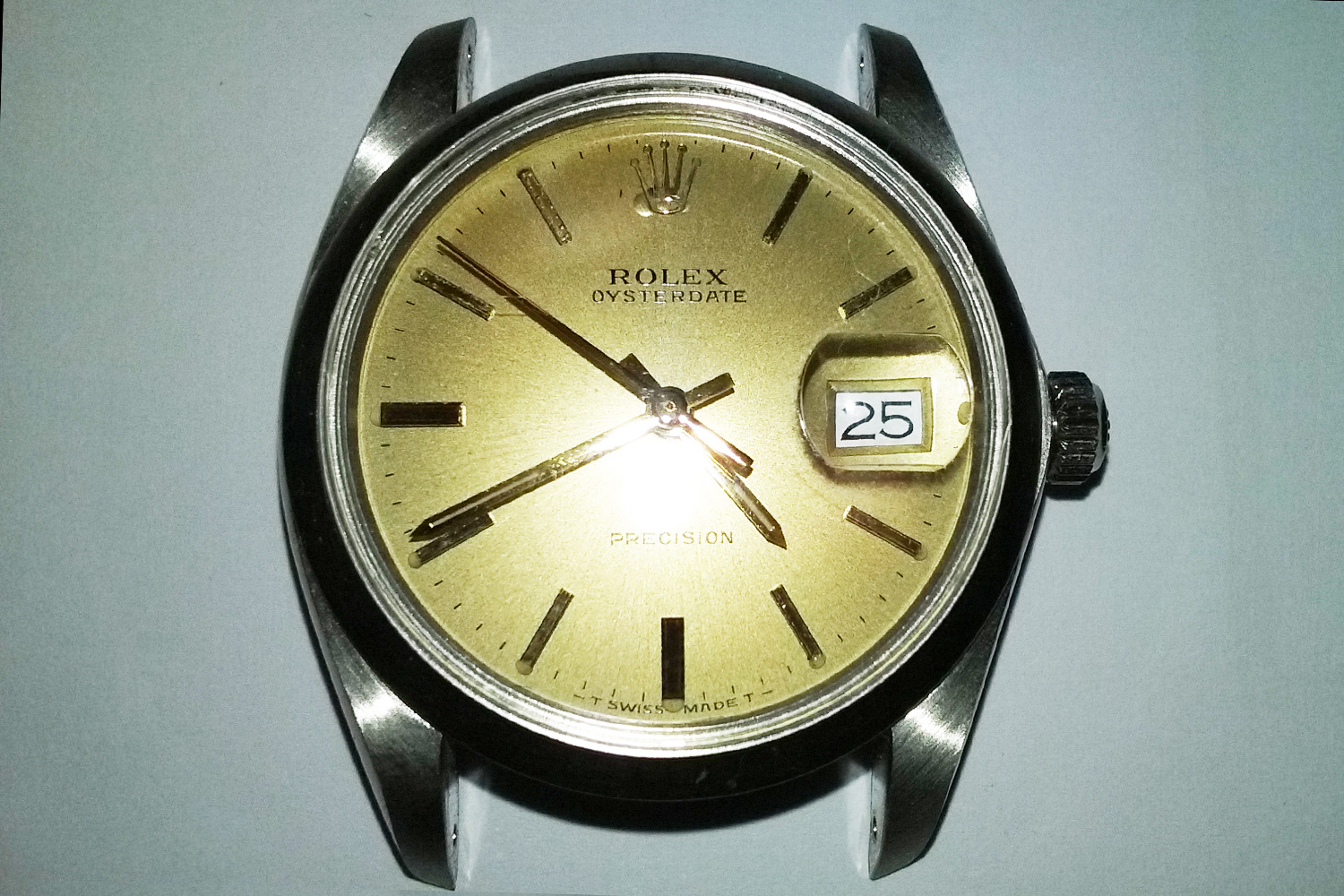 And some of these fakes may even be dangerous. Charity Electrical Safety First found dangerous electrical goods, such as hair straighteners and travel adaptors, for sale on a number of online marketplaces.

The Sun has also heard from scores of readers who've accidentally bought fake items on websites such as eBay and Gumtree.

Like Chris Strutt, 52, from Rainham in Essex who in 2014, bought what he thought was a £900 Rolex watch from eBay with money left to him when his father passed away.

It wasn't until four years later that Chris discovered his watch was a fake after seeing a news report on it.

"He had signed the certificate and all the other paperwork himself." 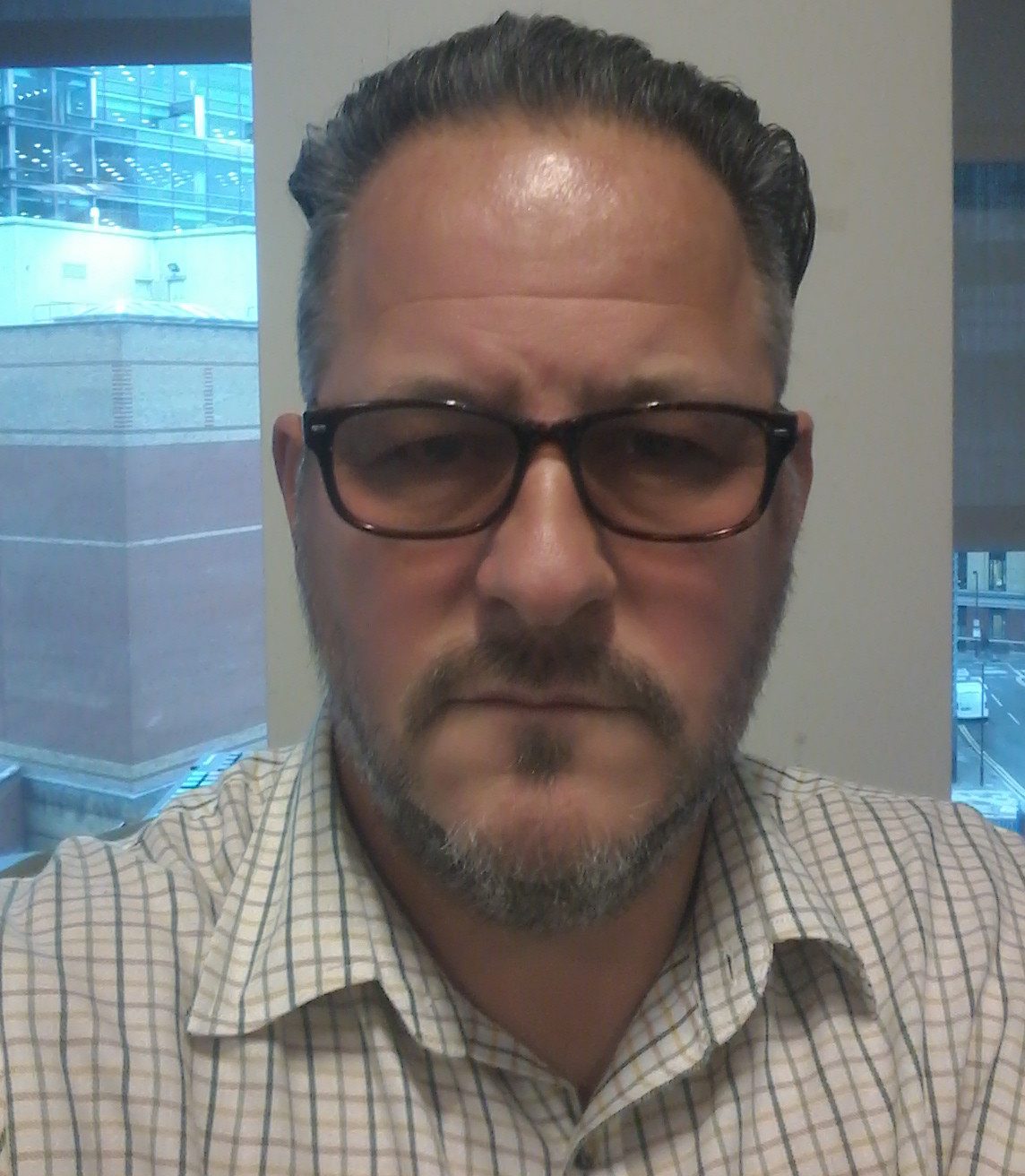 Chris immediately contacted eBay but it said there was nothing it could do as four years had passed since he bought the watch.

eBay has a 30-day time limit from deliveries arriving to raise any problems.

Meanwhile the police told Chris they'd arrested the fraudster so there was nothing more they could do, leaving Chris £900 out of pocket and with a watch worth nothing.

"I feel gutted," said Chris. "I can not believe that the last thing I bought to remember my dad was fake and worthless.

"It’s just tarnished my dad's memory; I can not even wear it anymore as every time I see it I just see the conman's face."

But sadly Chris isn't the only one who's been scammed.

Full-time mum of five and charity volunteer Nicola Turner, 43, from Allestree in Derby was conned out of nearly £200 when the Christmas presents she bought for her kids turned out to be fake.

She said: "I had been saving for a while to be able to get my children some nice gifts for Christmas.

"I was on Facebook Marketplace when I saw a few of the things they had asked for – including Adidas, Nike, and Vans trainers and Beats headphones – being sold slightly cheaper than in the shops. 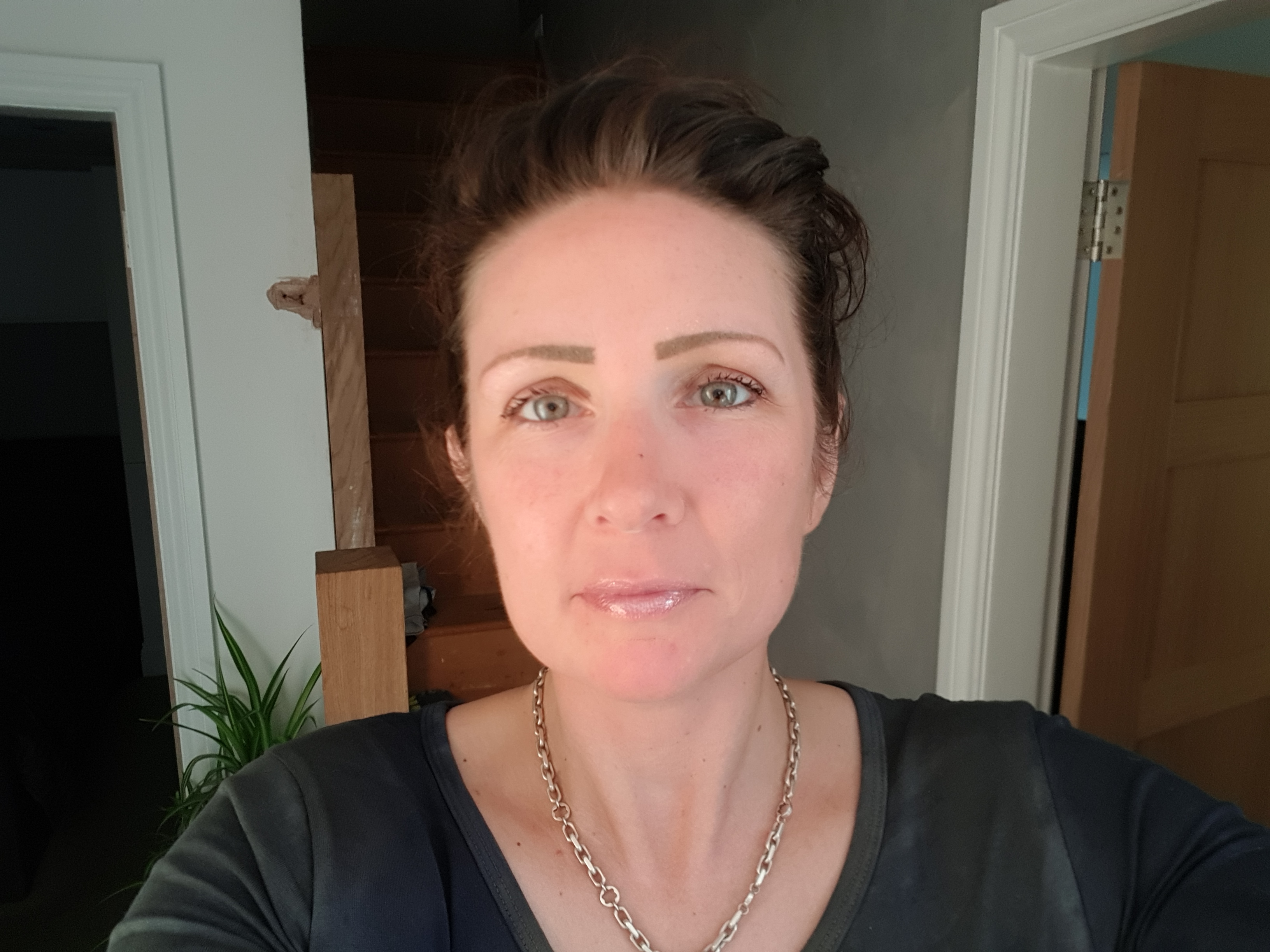 "I contacted the seller and we spoke for a week or so. I then arranged to collect the items from her home.

"But it wasn't until the next day when I actually took the trainers out of the boxes to have a proper look that I realised they were all fake.

"I was absolutely mortified. I was in shock. How could someone actually knowingly sell fake goods and take my hard earned money?"

Nicola tried to complain to the seller but they stopped responding to her messages and eventually blocked her from WhatsApp and Facebook.

She then contacted her local Trading Standards which told her she'd have to go through the small claims court to get her money back – something she didn't feel comfortable doing.

"I don't think I will ever buy something off of a marketplace again as there's just no protection," said Nicola.

"We all want a bargain and look for cheaper items but when they’re selling them near the actual sales price you think you're getting a bargain."

Facebook didn't want to directly comment on the issue of fake goods being sold on its site when we questioned it.

It would only tell us that it takes "issues around counterfeiting, very seriously".

Meanwhile accountant Laura Godfrey, from Retford in Nottinghamshire ended up £270 out of pocket after buying a fake Mulberry handbag on eBay.

'I'm so disappointed – I have been ripped off'

The 33-year-old said: “I was so disappointed. That was the first expensive designer bag I’ve ever treated myself to and now I feel I have been ripped off.” 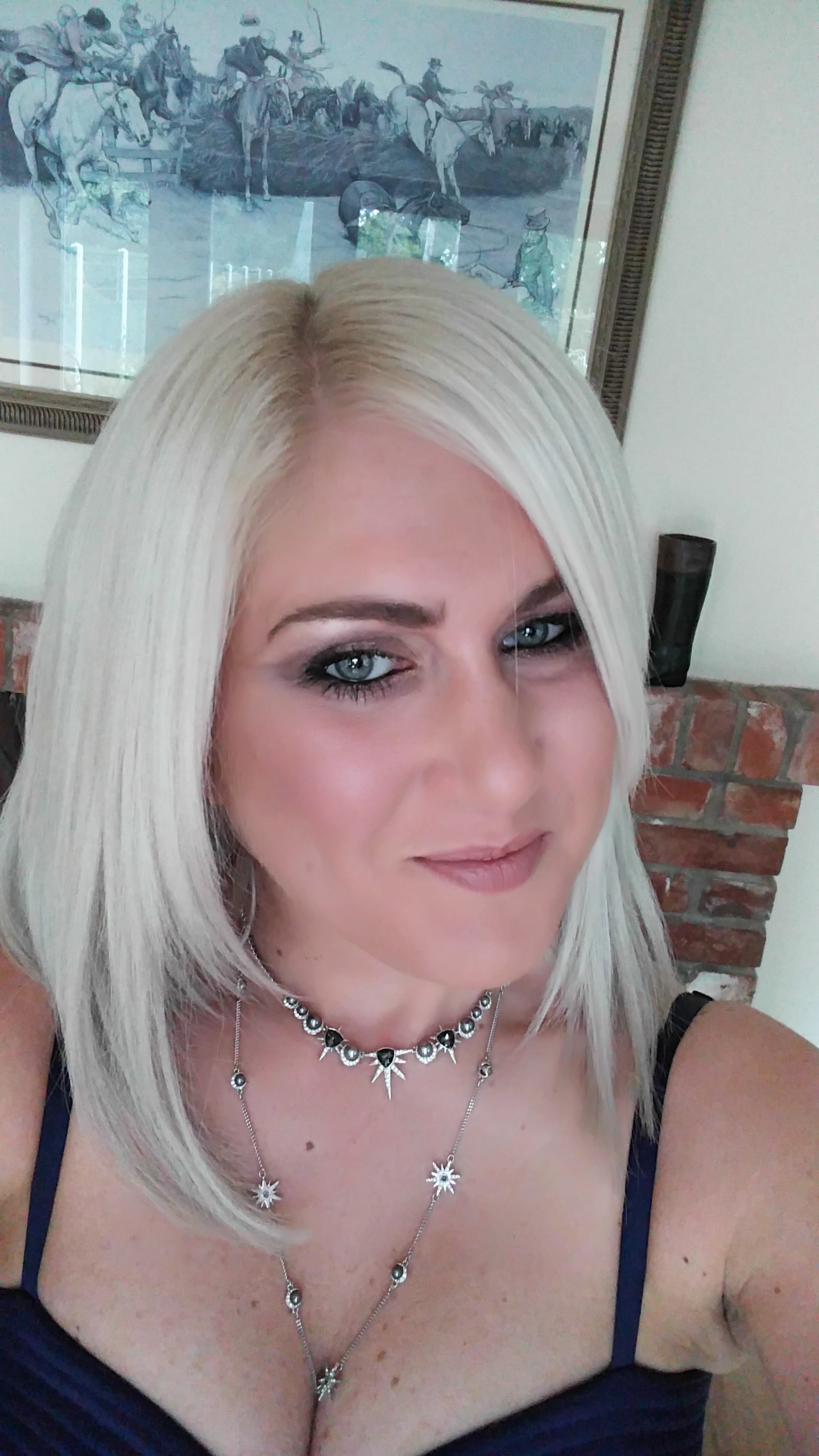 She discovered the bag was fake after taking it to a Mulberry store to be repaired, only for them to take one look at it and tell her it wasn't real.

Laura said the eBay trader had positive feedback so she'd felt confident about the purchase.

On finding out the handbag was fake, Laura contacted the trader to complain but she says he told her she was lying. 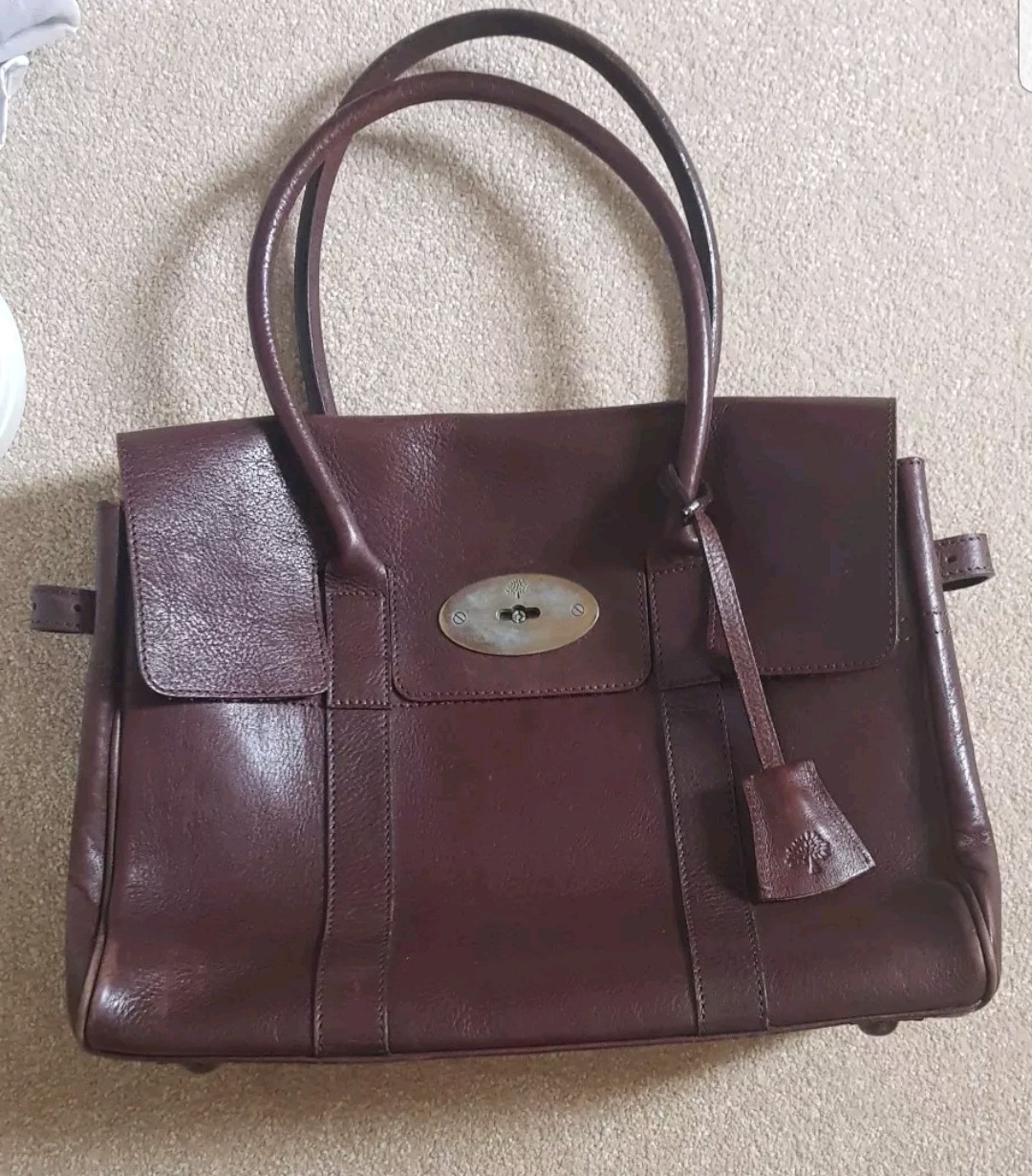 eBay and PayPal, which is how Laura paid, both told her that she was no longer eligible for a refund, as eBay has a limit of 30 days from the transaction to raise a complaint and PayPal has a limit of 180 days.

Mulberry says the only way to avoid unwittingly purchasing a counterfeit product is to buy from authorised Mulberry stores or recognised stockists – which doesn't include eBay.

Laura added: “There needs to be more protection for online customers, especially as it’s such a growing industry; more people are purchasing secondhand items and more and more people rely upon the internet to make their purchases.”

How to protect yourself from buying fakes

Amazon has an "A-to-z Guarantee" that you can use to complain about third party sellers but you have to use it within 90 days of your estimated delivery date.

eBay, meanwhile, has a 30-day time limit from goods arriving to make a complaint via its "eBay Money Back Guarantee".

Facebook doesn't offer any protection to buyers. It simply says it will remove posts about fake goods when reported. Here's how to report counterfeit goods being sold on the site.

How you pay can also offer an added layer of protection.

If you paid using PayPal, you have 180 days from the purchase to raise a dispute.

Debit card payments and credit card purchases of under £100 are covered by your card's Chargeback scheme – although this is a voluntary arrangement so there are no guarantees.

You also need to claim within 120 days of making the purchase or receiving the goods.

How to protect yourself using online marketplaces

IF you're planning to shop on Amazon or Facebook's Marketplaces or on eBay, here's what you need to know, according to Citizens Advice:

Credit card purchases of over £100 are covered by Section 75 of the Consumer Credit Act – and here there's a longer time limit of six years from making the purchase or receiving the goods to pay.

Gillian Guy, chief executive of Citizens Advice, said: “While online marketplaces can be a great way to bag a bargain, far too many people are being ripped off.

“Part of the problem is that if things go wrong with a purchase, it can often be confusing what you can do.

“We want to make sure customers know what to look out for which includes checking who they are buying from. Your rights can differ depending if it’s an individual or business.”

A spokesperson for Amazon said: "Our customers trust that when they make a purchase through Amazon’s store—either directly from Amazon or from one of its millions of third-party sellers—they will receive authentic products, and we take any claims that endanger that trust seriously.

"We strictly prohibit the sale of counterfeit products and invest heavily—both funds and company energy—to ensure our policy against the sale of such products is followed."

An eBay spokesperson added: "eBay has several measures in place to protect buyers who believe they have purchased counterfeit or fake goods and invests significant resources into creating a safer marketplace for our users.

"Most eBay sales go smoothly, but if there’s a problem with a purchase, the eBay Money Back Guarantee ensures that buyers receive the item they ordered, or get their money back.

But can YOU tell the difference between the designer bag and the replica?

Shoppers have also been warned as fake £20 notes flood Britain.