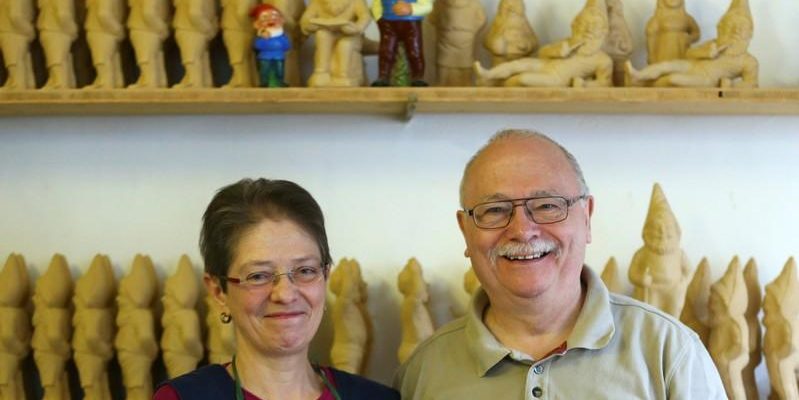 GRAEFENRODA, Germany (Reuters) – One of Europe’s last traditional manufacturers of garden gnomes is struggling to find a successor for the 145-year old business and may be forced to close its doors when its owner retires. 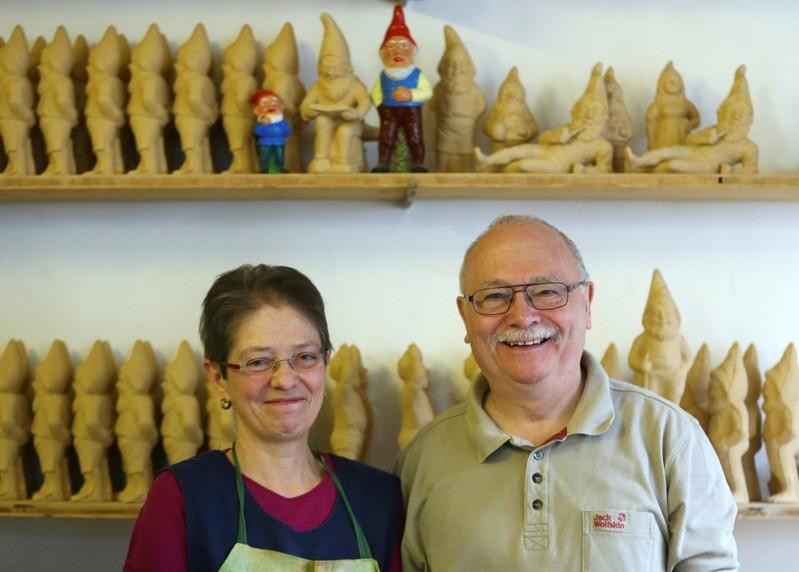 From classic gnomes with white beards, red hats and pipes to footballers in white shorts and female gnomes in saucy underwear, Philipp Griebel is one of the most famous producers of the painted clay models which adorn gardens worldwide.

“Here, garden gnomes were, I won’t say invented, but brought to life, a symbol of hard work from the mine,” said Reinhard Griebel, owner of the firm in the village of Graefenroda, which describes itself as the birthplace of the garden gnome.

Based in the former Communist East Germany, the firm employed more than 60 people at its peak, shortly before the fall of the Berlin Wall in 1989.

“Now there are three of us and that is 28 years after this time,” Griebel told Reuters Television, outlining three options for the future.

“Either I carry on until I am over 100 years old, that would certainly still be fun, or the garden gnomes reproduce,” he joked. “The third possibility is to find a successor and we are searching.”

Graefenroda is located in the hilly, wooded state of Thuringia which, like much of the former East, has suffered an exodus of young people since German reunification. Its population fell to 3,232 in 2015, down from 4,313 in 1989.

Porcelain maker Philipp Griebel founded the firm in 1874. Within a decade he was making garden gnomes. Passing the firm down the generations, production was halted for a few years during World War One but kept going through World War Two.

The Communist government banned gnome production in 1948 but by 1960 the state had bought a stake in the firm and 12 years later it was nationalized and merged with another local terracotta company.

Estimates put the German gnome population at 25 million. Their popularity grew in the late 19th century when towndwellers bought them for their allotments, a welcome retreat in an era of rapid industrialization.