West Australian Treasurer Ben Wyatt has reversed his decision to continue in the role to steer the state through the COVID-19 economic recovery.

Mr Wyatt announced he would retire from politics in February to spend more time with his wife and daughters but a month later changed his mind as the COVID crisis began shutting down the economy. 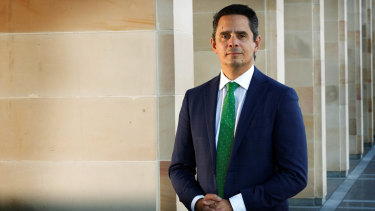 He said with the successful delivery of the 2020-21 state budget and the strengthening of WA's economy the time was right to move on and he would not contest the 2021 election.

"In March, at the height of the COVID-19 pandemic’s impact on the Western Australian community, I had been reluctant to leave in the midst of this great fight," Mr Wyatt said in a statement issued on Monday morning.

"But having completed the delivery of the State Budget, which supports the continued economic recovery from the pandemic, I am now confident that Western Australia is well on its way to overcoming the challenges presented to it by COVID-19.

"The state has now gone more than seven months without a case of community transmission and the WA recovery plan is seeing our economy grow again."

Mr Wyatt said he regretted any inconvenience caused by his change of mind and thanked Premier Mark McGowan and the electorate of Victoria Park for the support given to him.

"I do not intend to repeat my extensive comments made in February when I initially announced my retirement, but they still ring true," he said.

"I feel blessed to have been given the opportunity to serve as treasurer and a cabinet minister for our great state and I greatly appreciate the support of my colleagues and my family for making that possible."