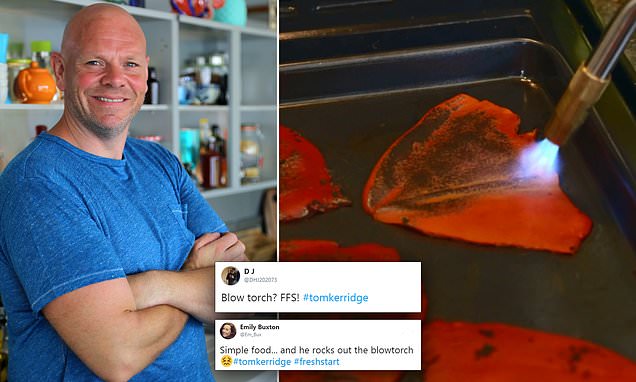 Tom Kerridge was mocked by viewers after he whipped out a blowtorch while making a ‘simple’ pasta dish on his new cooking show Fresh Start last night.

The Michelin-starred chef, 45, was offering a demonstration to mothers Emma Boswell and Abii Harris, of Tiddington, Oxfordshire, who admitted they rely on pre-prepared meals and takeaways to feed themselves and their toddler daughter, Elsie.

Kicking off the cooking lesson in the couple’s kitchen Tom explained pasta with a creamy red pepper sauce is the perfect family meal as it can be created in just 15 minutes.

However moments later he pulled out a blowtorch to brown the peppers – prompting ridicule online. 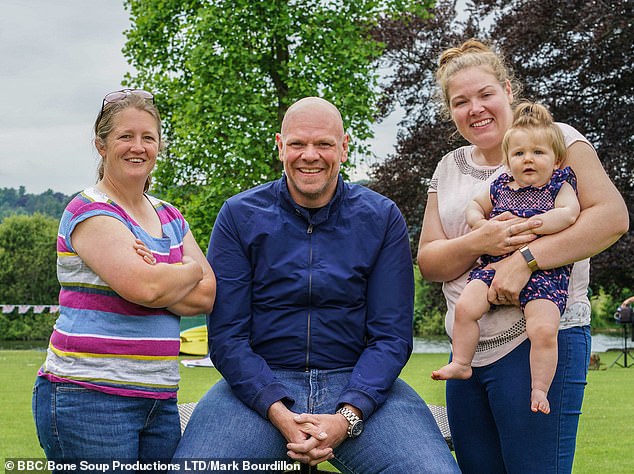 Tom Kerridge was mocked by viewers after he whipped out a blowtorch while making a ‘simple’ pasta dish on his new cooking show Fresh Start. He was teaching the dish to mothers Emma Boswell, left, and Abii Harris, right, who want to cook for daughter Elsie, pictured

The move was ridiculed by viewers, who pointed out that a blowtorch was not a ‘simple’ kitchen appliance

One tweeted: ‘As much as I love Tom Kerridge I find his show quite comical! Who has half these ingredients in their cupboards (including a blowtorch!)’

Another posted: ‘Tom Kerridge tells a family he’s going to get them cooking simple food to build their confidence… Whips out a blowtorch.’

Cricket coach Emma, 40, and Abii, 24, a nanny, are among the eight families featured on BBC Two’s Fresh Start, which aims to help reluctant cooks overhaul their eating habits for good.

The couple explained they are most concerned over how their eating habits will impact daughter Elsie. 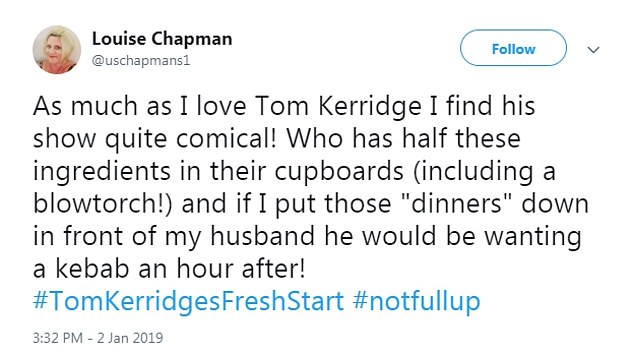 She added: ‘She always asks for some of our food. We don’t want her eating what we’re eating.’

Stepping into help the family, Tom said: ‘We’re not going to start by cooking “healthy” meals. We’re just going to start with cooking, with confidence, with picking things up,’ adding, ‘we’re going back to basics’. 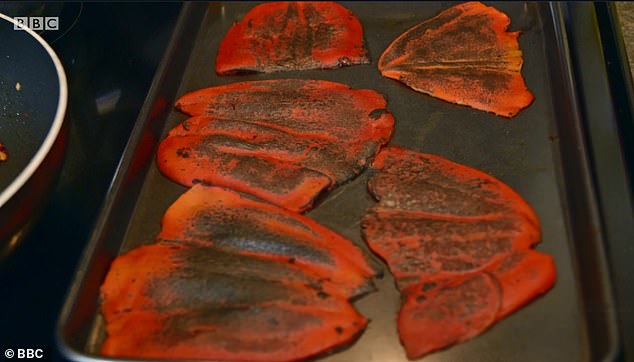 The pasta with creamy red pepper sauce required a jar of pre-cooked peppers which were later blowtorched by Kerridge, pictured 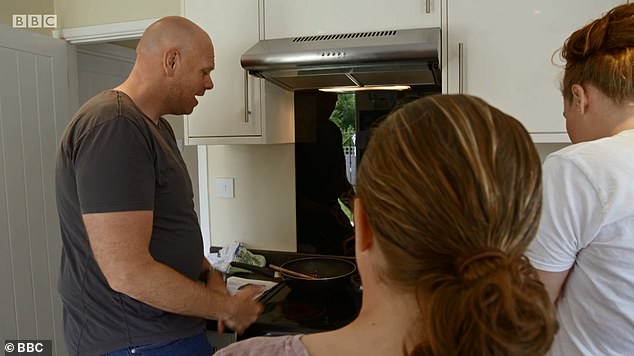 The chef explained using the blowtorch brought a new flavour to the dish and was also ‘fun’ to use. Pictured, Kerridge, left, with Emma Boswell, centre, and Abii Harris in their kitchen 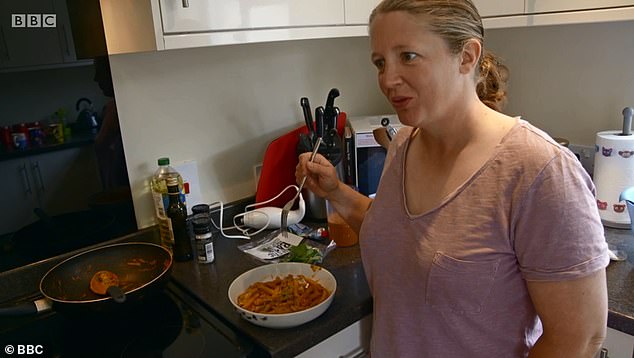 While Abii and Emma seemed impressed with the final result, pictured, viewers were less convinced. Pictured, Emma tasting the pasta with creamy red pepper sauce on the show

The pasta with creamy red pepper sauce required a jar of cooked red peppers, to which he later took a blowtorch.

He explained: ‘These are already cooked, it is just for flavour… Blow torching stuff is fun.’ And actually the end result, the flavour that you’ll get from it, is absolutely beautiful.

While Abii and Emma seemed impressed, viewers were less convinced. 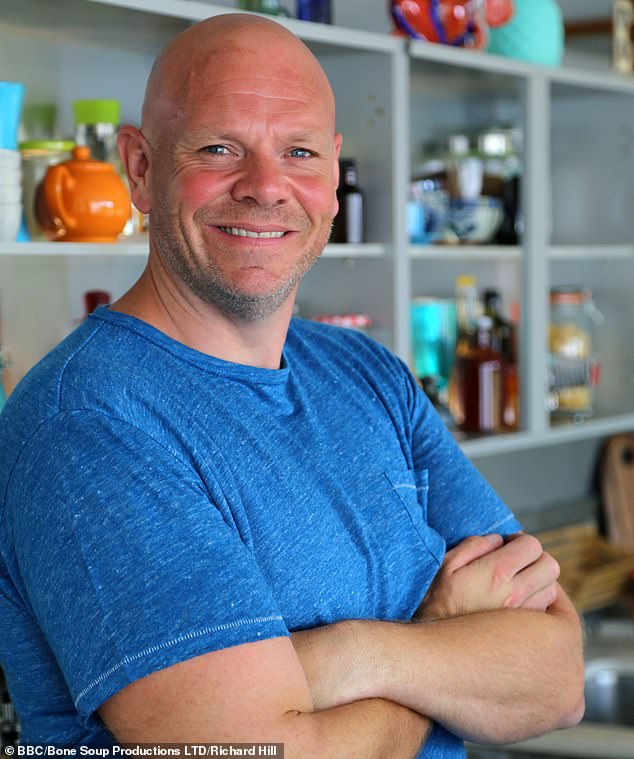 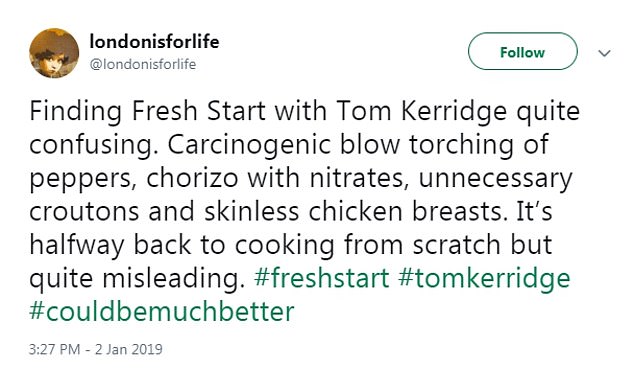 Other viewers were left disappointed by the choice of ingredient, branding them ‘expensive’

‘Simple food… and he rocks out the blowtorch,’ one noted. Others commented on the apparent cost of the ingredients he required.

However others were thrilled to see the popular TV chef back on their screens and praised his inventive take on classic family meals.

The six-part show returns next week with Tom meeting more families on a food journey.