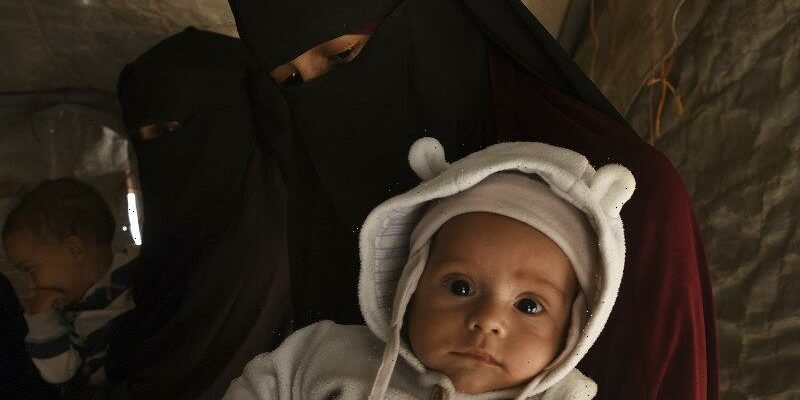 A second group of relatives of Islamic State fighters is expected to be rescued from Syria and resettled in Sydney within weeks, while a separate contingent bound for Melbourne is unlikely to arrive until after this month’s Victorian state election.

Sources familiar with the planning of the operations said they believed the federal government was conscious of the fact Victorian Premier Daniel Andrews was seeking a third successive term on November 26. 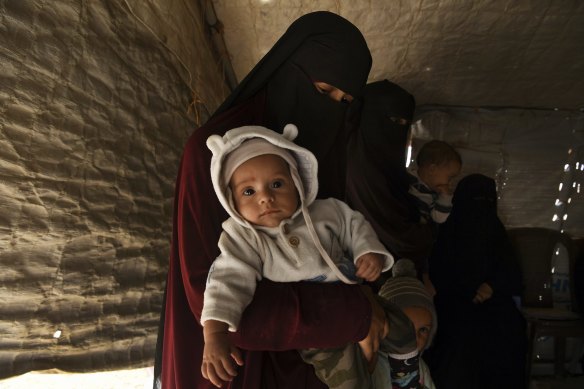 Kirsty Rosse-Emile, pictured with son Yahya in 2019, is expected to be resettled in Melbourne. Credit:Kate Geraghty

Several of the women likely to settle in Melbourne also have particularly complex cases, which helps explain why they are set to be left until last in the repatriation process.

A spokesman for Home Affairs Minister Clare O’Neil said the timing of repatriations was based on advice from national security agencies and Prime Minister Anthony Albanese on Sunday denied the decision to send families to NSW before Victoria was politically motivated.

Victorian Attorney-General Jaclyn Symes said she was not aware of any connection between the state’s election date and the arrival of the women.

“I can’t understand why that would be a factor,” Symes told reporters on Tuesday.

“I’m not aware of the timing of repatriation. It is a federal government matter that they manage very carefully and very particularly.”

Victorian Deputy Premier Jacinta Allan underlined the political sensitivity of the issue by declining to say whether the women should be allowed to live in her state.

The arrival in Sydney on Saturday of the initial group of 17 women and children – the first of about 60 expected to be brought back fom the al-Roj refugee camp in northern Syria over the next few months – remains contentious.

South-west Sydney MP Dai Le has accused the government of conducting the operations under a “cloak of secrecy” while Opposition Leader Peter Dutton has been critical of the repatriations, saying: “I don’t want to see a terrorist attack in our country.”

The first group has been released from secure accommodation facilities and none have been charged by Australian Federal Police.

Kirsty Rosse-Emile, 28, is among the women expected to eventually be resettled in Melbourne. She moved to Syria in 2014 with her husband Nabil Kadmiry, a Moroccan dual national. Kadmiry had his Australian citizenship stripped in 2019 under anti-terrorism laws as a punishment for joining IS.

Rosse-Emile has insisted she did not intend to aid the IS war effort and only travelled to Syria to practise her devout form of Islam freely. However, her Facebook page showed her posting extremist statements in the years leading up to her journey.

Writing under an adopted Islamic name in July 2012, Rosse-Emile posted pictures of terrorist figures such as al-Qaeda leader Osama bin Laden with the words “Lions of Islam”. Another post included an image of a poster with the slogan “Jihad. The only solution”. 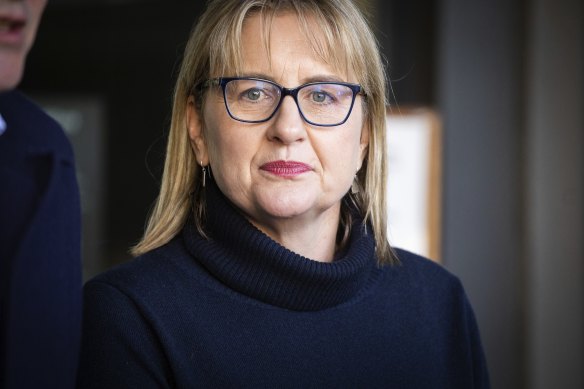 Asked if the women should be allowed to live in Victoria as a matter of principle, Allan said it was not a “simple yes-or-no proposition”.

“These are very sensitive security matters,” she told ABC radio. “They are primarily the province of the federal government.”

The federal government needed to conduct robust and careful assessments of the women, Allan said.

Le, who has spoken out against the repatriations, said on Tuesday: “It seems like the government is doing all of this under the cloak of secrecy.

“It is unfortunate because our community is one of the most multicultural … in the whole of Australia.”

Le said her electorate of Fowler had a significant number of refugees who fled persecution by IS and were alarmed at the prospect of fighters’ relatives returning to Australia.

“They are fearful of their safety,” Lee told Sunrise. “It is just really unsettling for people out here.”

Dutton said he believed it was unlikely any of the women would serve significant jail time in Australia.

“If I was a parent or a grandparent, of course I’d want to see my daughter or grandchildren repatriated back to Australia, but the responsibility of the prime minister of our country is to make decisions that are in the best interest of our country and to protect all Australians,” he said.

Deradicalisation experts have backed the government’s plan, with Deakin University professor Michele Grossman recently saying Australia had a “moral obligation” to rehabilitate the children in the camps.

Sydney woman Nesrine Zahab is also among those expected to be repatriated. Zahab has insisted she mistakenly ended up in Syria in 2014 after trying to help refugees on the Turkish side of the border. She married IS fighter Ahmed Merhi and gave birth to a son, Abdul Rahman, in the al-Roj refugee camp in northern Syria.