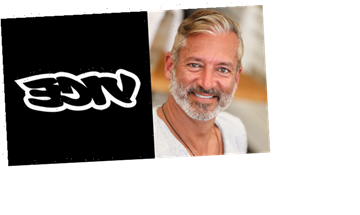 Arani, reporting to CEO Nancy Dubuc, will lead all financial and accounting functions for Vice Media Group. Following Vice Media Group’s recent acquisition of Refinery29, Arani will also work to unify the financial operations of both companies while also “driving future strategic opportunities,” the company said. He will be based at Vice’s Brooklyn headquarters.

Arani assumes the role after the departure a year ago by Sarah Broderick, who was in a dual COO/CFO position. Kerem Bolukbasi, an exec at TPG Capital — which is a major Vice investor — has been filling the role of CFO for over a year and with Arani’s hire he will return to TPG at year’s end.

“Ramin has been close to the Vice family for over a decade, both as an early supporter and trusted adviser,” Dubuc said in announcing his appointment. “His extensive investment experience in media and technology will help shape our future strategic direction and growth across our global footprint and businesses as the media industry continues to evolve.”

According to Vice, Arani was an adviser to the board of directors on behalf of investor Fidelity.

Arani joins Vice as Dubuc has recalibrated the company’s operation to drive toward profitable growth, which included a round of layoffs earlier this year and consolidating its web channels under vice.com. Last month, Vice announced the mostly-stock deal for Refinery29 in the hopes of gaining synergies and tapping into R29’s female-skewing audience. Vice recently received funding from George Soros’ Soros Fund Management, James Murdoch’s Lupa Systems and 23 Capital; those investments came after Disney wrote off $510 million of the value of its stakes in Vice.

At Fidelity Investments, Arani was a portfolio manager and most recently was fund manager of the Fidelity Puritan Fund, which the company said achieved top 5% performance against industry peers. His financial experience spans a variety of sectors including media, technology, health care, real estate, retail, aerospace and defense.

Arani has served on several company boards including those of Legendary Pictures, Rent the Runway, Gwyneth Paltrow’s Goop, Rumble Boxing and Sakara Life. He holds a bachelor of arts degree in international relations from Tufts University.