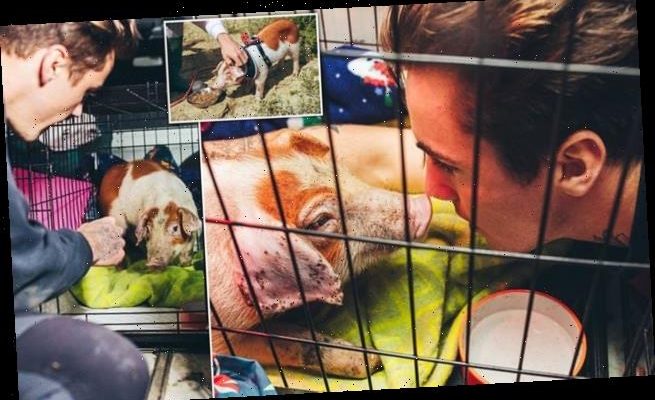 A vegan influencer who kidnaps pigs from Britain’s farms before they go to slaughter steals a piglet away from its mother so he can Vlog its progress to his followers in How to Steal Pigs and Influence People.

Tonight’s controversial Channel 4 documentary focuses on vegan influencers, including Wesley Omar, 23, who films each robbery, then shares his footage online.

He is part of a new breed of vegan influencers making a name for themselves online by pushing for a meat-free world.

But with so much competition, Wes comes up with a plan to a take a piglet just days old, raise it himself and Vlog its progress every day to his followers. 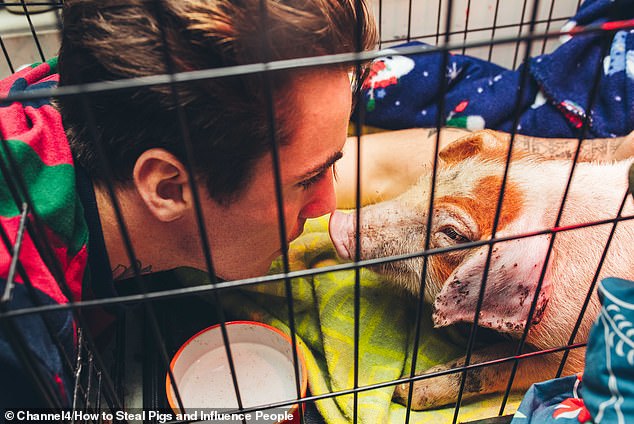 Wesley Omar, 23, who steals pigs from Britain’s farms before they go to slaughter will appear in tonight’s channel 4 documentary,  How to Steal Pigs and Influence People 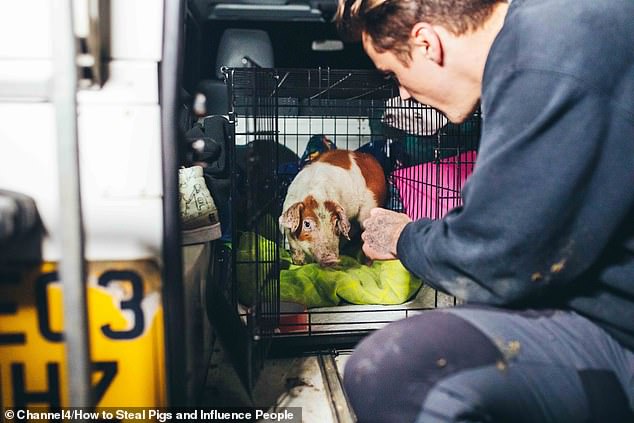 The vegan films each robbery, then shares his footage online to a growing number of followers. Pictured, one of the pigs he has kidnapped

However, the following day, when the presenter goes to see Wes and Hugo at his house, there’s no answer – and he then notices the vegan’s Instagram and crowdfunding page have been deleted.

Searching for clues, the suspicious presenter points out he’s seen other videos inspired by the likes of Wes, who take pigs young, without the necessary equipment and nutrients they need.

However, when they finally meet up again, Wes explains: ‘Hugo has been re-homed now and yeah, he’s doing great. He’s doing great and has been given a second chance at life.’

But when questioned whether he went off the radar because something had gone wrong with Hugo, Wes adds: ‘Ermm, no. I don’t know.’

In the show, Wes, who lives at home with his mum and brothers and has around 13,000 followers on Instagram, recalls the very first pig he ever stole from a farm.

‘At the time I was working as an estate agent,’ he explains. ‘I was driving home from work and would go past this farm every so often. I was driving back and thought, “that’s it I’m going in and I’m going to film it.”‘ 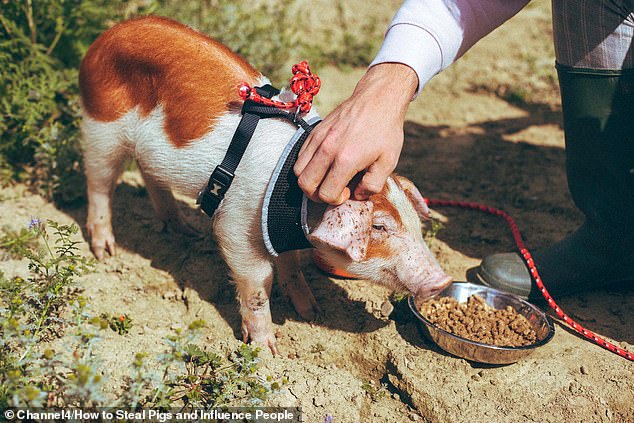 During the documentary, Wes invites hundreds of his online followers to storm onto an unsuspecting pig farm, and live stream it 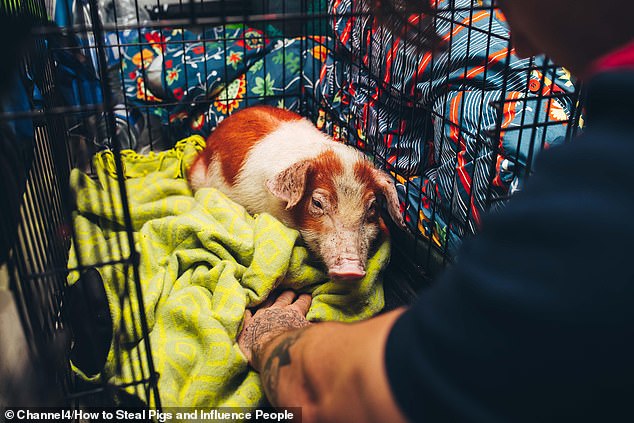 The former vegan influencer decides to take a pig just days old, raise it himself and video its progress every day

Wes initially uploaded the clip to Instagram and over night it received over two-and-a-half million views. The police got hold of the footage and he was arrested for theft.

But having tasted fame with his first video, he left his job and set out to become a vegan influencer.

‘From a very young age I didn’t have any friends,’ he says, explaining his passion for animals. ‘There isn’t really any barriers when I see an animal.’

‘Animals have always accepted my presence and it feels liberating to be around them. That’s why I’ve become so passionate for animals and help them – because they’ve helped me so much. I feel obliged to help them back.’

Speaking of his plans for the year, he continues: ‘This is my plan for the year for my animal rights.’

‘Of course I need a financial set up for this so the structure that I’m going to try and aim for is to have a crowdfund account that will run off a monthly donation basis. 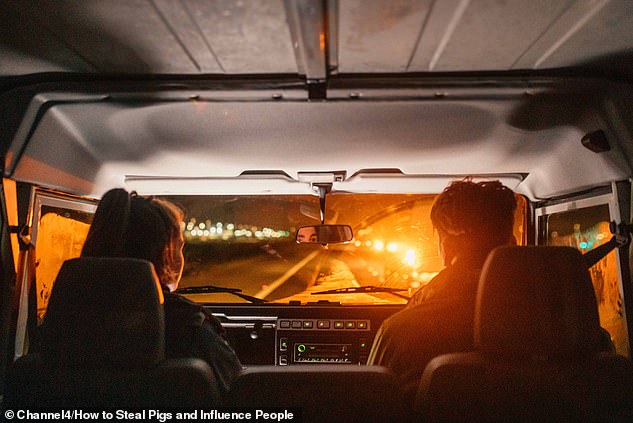 At the end of the documentary, it’s revealed that Wes now works as a luxury estate agent in Dubai

Wes hopes that his infinity for animals can help establish him as an influencer, but he needs to post regular content so plans to steal another pig.

‘When you go into the factory farm, it’s like entering a horror film,’ he explains. ‘I picked her up and she looked in my eyes and she was speaking to me with her eyes.’

Determined to spread the vegan message, Wes aims to reach a global audience and invites hundreds of his online followers to storm onto an unsuspecting pig farm, and live stream it.

‘Can you tell me why my little farm has been target with about 500 people,’ says infuriated farmer Sylvia, who has been breeding and raising pigs on the farm for three generations. ‘That is just disgusting. I feel so intimated now.’

Speaking to the camera, she adds: ‘They caused extreme suffering. It’s heartbreaking. It’s upsetting. And you call yourself animal lovers! The only death of any piglets today is due to the amount of people in that farming house.’

‘It’s not really the sort of thing that normal humans do, is it? About two hundred people suddenly invade someone’s house and land. People eat meat. What are you going to do without animals? How long can we eat nuts for?’

At the end of the episode, following his kidnapping of Hugo, it’s revealed Wes now works as a luxury estate agent in Dubai.