The host with the most! Vanessa Lachey’s gigs on Love Is Blind and The Ultimatum have turned her into the queen of dating competition shows — and she couldn’t resist dishing on some fan favorite contestants.

‘Love Is Blind’ Couples: Who Is Still Together and Who Broke Up?

Though Deepti Vempati and Kyle Abrams didn’t ultimately find love with their respective partners on season 2 of Love Is Blind, the pair have certainly teased their own potentially romantic relationship. Deepti, 31, and Kyle, 29, have yet to confirm (or deny) whether they are dating, but they frequently flirt via social media and hang out IRL.

“Did they not say?” Lachey, 41, asked Us Weekly about the couple’s romantic status during the Wednesday, May 18, Paramount Upfront event in New York City, adding, “They show themselves all over.”

The former MTV VJ, who cohosts both reality shows with husband Nick Lachey, noted, “They’ll let the world know if and when they want to or not, but I think it’s great that everyone can become close on the shows, whether it’s Ultimatum or Love Is Blind. Most people do, and they all keep in touch, so it’s really beautiful.”

Both Kyle and Deepti have expressed their admiration for each other, with the Illinois native even going so far as to say that he wished he proposed to the India native instead of Shaina Hurley.

“I have a huge regret. Biggest regret is I should have asked Deepti to marry me,” he revealed during the bombshell season 2 reunion in March. ”That’s what I learned the most [from the experience]. I f—ked up.” 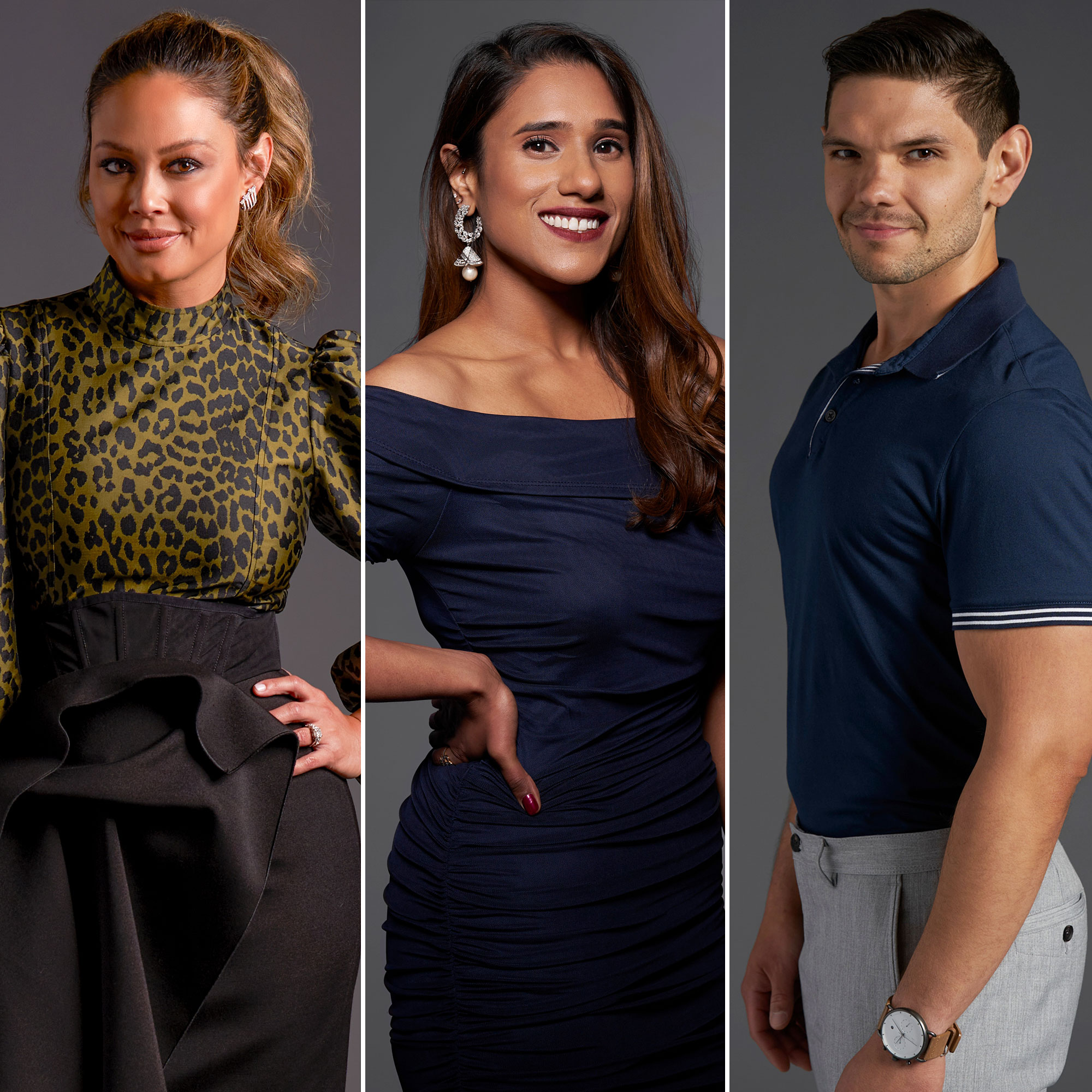 For her part, Deepti explained to New York Magazine that same month that she and Kyle had “deep conversations” while in the pods and called him her “No. 2 person.” (Though she accepted a proposal from Abishek “Shake” Chatterjee on the show, she left him at the altar amid their tumultuous relationship.)

“The speculation is hilarious,” Deepti told the outlet at the time. “We’re playing with [fans] a little bit, but it’s funny. Kyle and I have such a beautiful friendship.”

However, it’s not just the contestants who make sure to keep in touch after their respective seasons are over. It’s important to Vanessa that she continues her relationship with the women from Love Is Blind and The Ultimatum, too.

“I talk to all of the women and text them on social media, DM them, and just kind of encourage them and say, ‘I see you, and I love what you’re doing, and I’m always thinking of you,’” she told Us.

The Philippines native — who shares sons Camden, 9, and Phoenix, 5, and daughter Brooklyn, 7, with the 98 Degrees singer — may not allow their kids to watch all of her shows, but she does get emotional when Brooklyn sees her on screen in NCIS: Hawaii.

“I don’t let them watch Love Is Blind or Ultimatum, and to be honest, NCIS is on at 10 and so when we do stream, they’ve seen some pieces of it,” Vanessa revealed to Us, gushing, “And my daughter is … The way she looks at me on screen just makes me light up. She thinks I hung the sun, moon and stars, and I’m going to take it for as long as I can.”