Celebrities Who Admitted They Got Plastic Surgery

“The cleavage to my underboob,” the Utah native’s costar Scheana Shay captioned a photo of the two via Instagram on Tuesday, July 5. Shay, 37, wore a revealing red bikini while Kent, 31, rocked an American flag bikini top and black bottoms, perfect for the holiday. 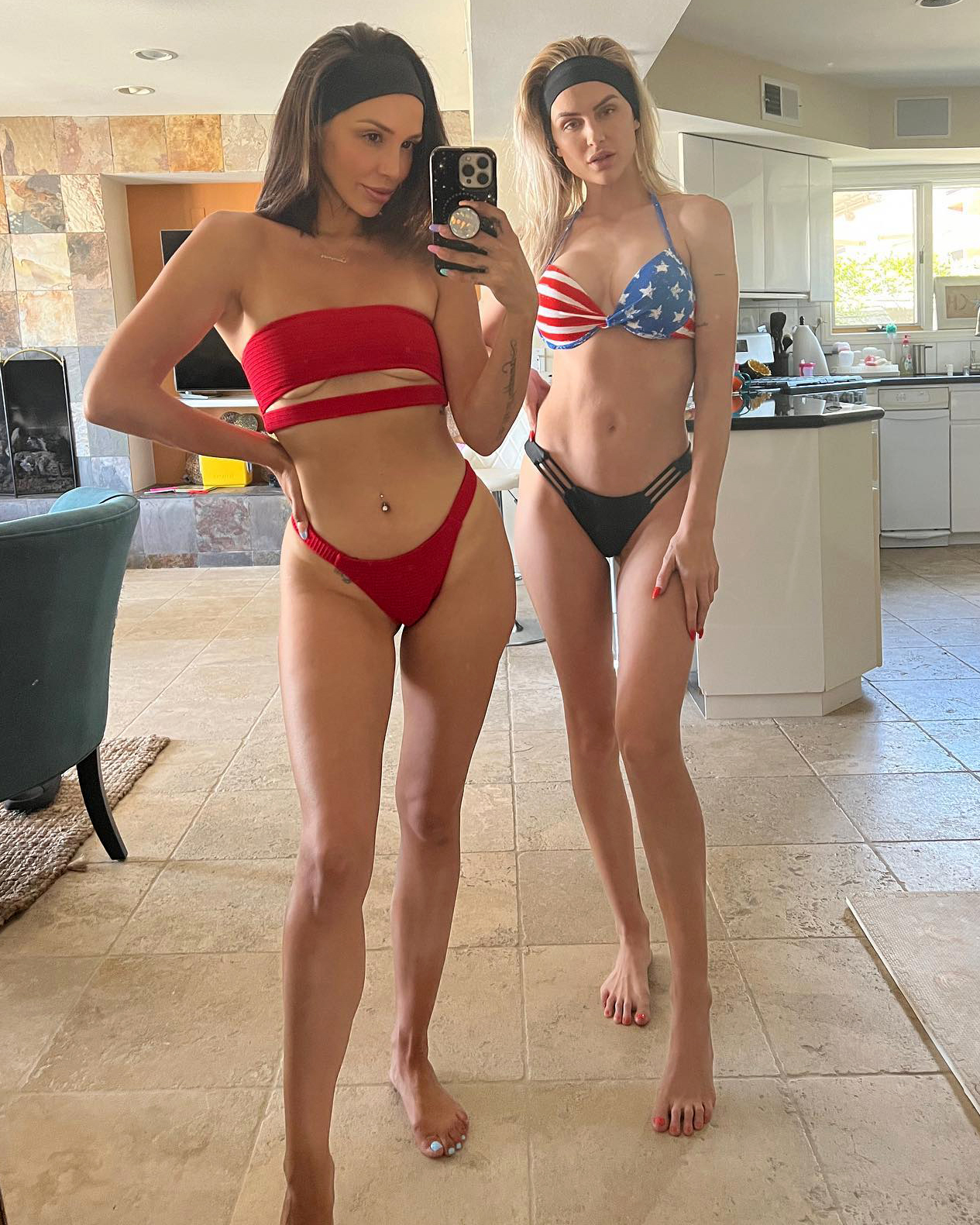 The La La Beauty founder underwent the procedure in early June, eight months after her split from ex-fiancé Randall Emmett, with whom she shares 15-month-old daughter Ocean. Their relationship ended in October 2021 after she accused him of cheating.

Following their contentious breakup, the Give Them Lala author told the Los Angeles Times that the Midnight in the Switchgrass producer once wrestled her to the ground when she tried to grab his phone after confronting him about his alleged infidelity.

“He ran after me, tackled me and knocked me to the ground,” Kent told the outlet in a bombshell article about Emmett’s alleged transgressions published on Thursday, June 30. “I used every ounce of strength to get him off of me as he was trying to pry it [Emmett’s phone] from my hands.”

The Hard Kill producer’s rep, Sallie Hofmeister, denied the allegations, which came amid their battle for Ocean in court. “These allegations are false and part of a now-familiar smear campaign orchestrated by Randall’s ex-fiancée to sway their custody dispute,” she told the outlet. “Lala Kent has lied and manipulated others in her desperate attempt to win full custody of her daughter, keep her name in the press, and remain relevant in reality television.”

More abuse claims were made in the exposé including several allegations of sexual misconduct on Emmett’s part. One aspiring actress claimed that she had to “perform sexual favors” to get acting work from the Miami native.

According to the report, the Irishman producer and his company, Emmett/Furla/Oasis Films, are currently facing several lawsuits which claimed misrepresentation and civil fraud which occurred in various business transactions. Emmett has denied all claims presented in the report.

Biggest ‘Vanderpump Rules’ Feuds — and Where the Relationships Stand Today

Kent has apparently been sufficiently working through the drama, according to her Pump Rules costar Ariana Madix.

“Lala is the kind of person who will always land on her feet. She [also] has a really great support system. Her mom and her brother are really amazing and they’re there for her and Ocean,” Madix detailed. “I just think that she’s grown a lot from that situation. I really think that whoever comes next, they better be good. They better be solid. There better [be] no more of those shenanigans.”