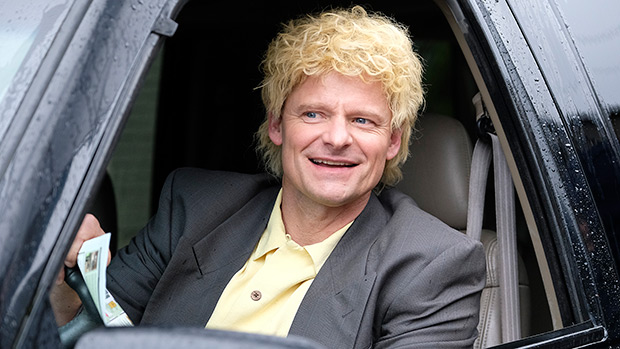 HollywoodLife is EXCLUSIVELY debuting a sneak peek of the all-new National Geographic series ‘Valley of the Boom.’ Steve Zahn stars as Michael Fenne, who was larger than life, to say the least. Watch now!

National Geographic’s Valley of the Boom premieres Jan. 13 at 9 p.m. The bold series follows the formative years of the internet and the birth of Silicon Valley. Valley of the Boom will take us through the browser wars of the early ’90s to the 2001 dot-com bust. The six-part limited series stars Bradley Whitford, Steve Zahn, and Lamorne Morris.

Showrunner Matthew Carnahan uses disruptive approach to tell the true stories of these visionaries, blending doc-style interview with real-life subjects into the scripted storylines. Our EXCLUSIVE preview focuses on Michael Fenne, a con man who moved across the country and founded Pixelon, a multimillion-dollar streaming video tech company. Michael was actually on the run from the law and Pixelon’s existence was built on deception. He conned investors out of hundreds of thousands of dollars while promising them high-quality streaming on the internet that never actually materialized like he promised.

Michael, played by Steve, could always come up with an interesting story. He claimed that he was once robbed at gunpoint and stabbed in the chest. “The stories are just so f**king outlandish that from experience talking to him it’s hard to say what was real and what wasn’t real,” former Pixelon post-production supervisor Brian McCartney says in our EXCLUSIVE preview.

“Our society is internet-dependent but most of us aren’t familiar with many of the visionaries who brought the web into existence and battled for its soul. In Valley of the Boom, I focused on telling the humorous, messy and real stories of these inventors, investors and con men,” Matthew said in a statement. “The goal is that the way in which the story is told is as disruptive as these figures themselves.”