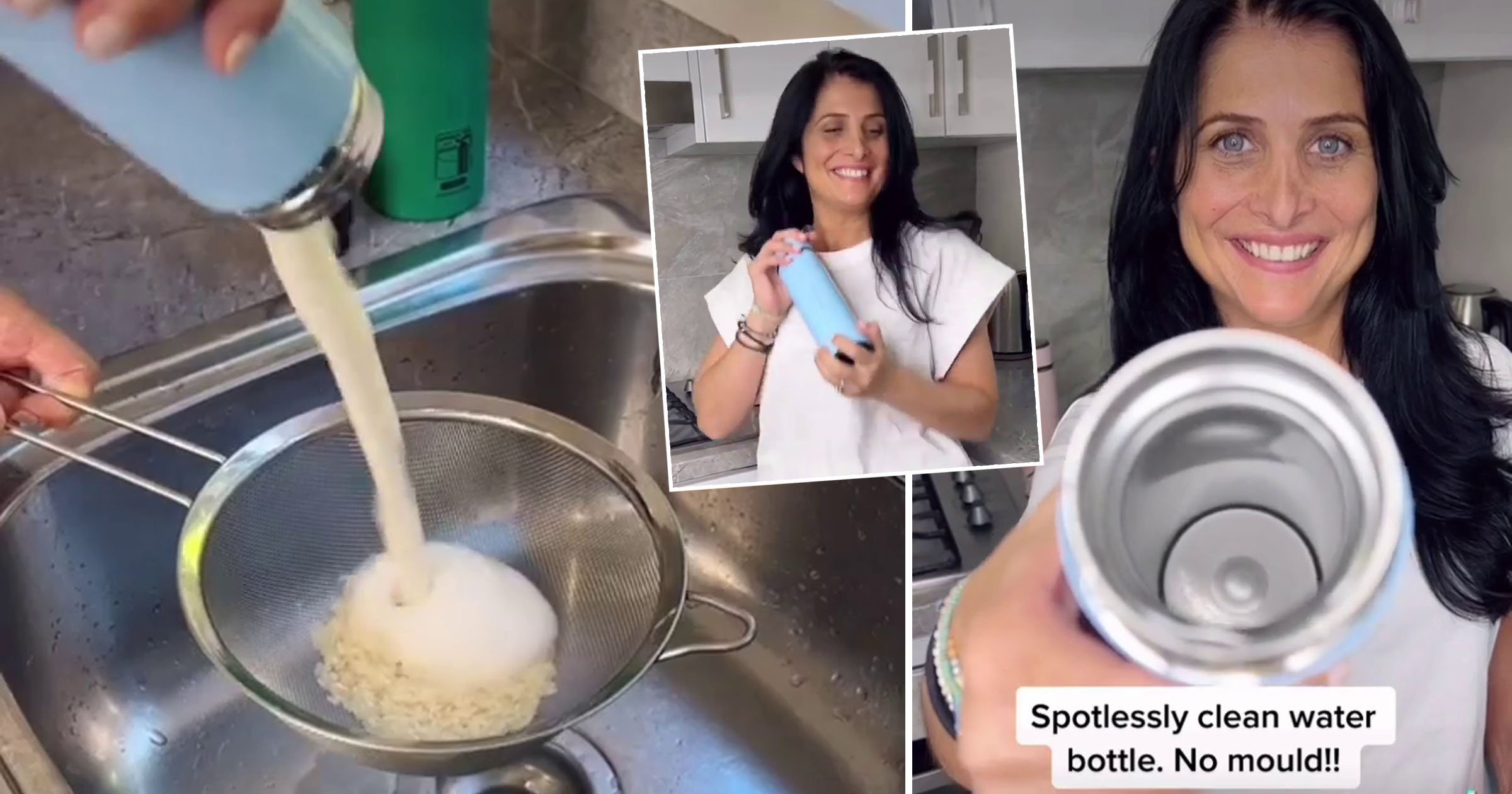 The eco-conscious among us are making the switch from disposable to reusable, and many have moved away from plastic water bottles to a more permanent, stainless steel solution.

One problem with these receptacles, however, is the cleaning process.

Although stainless steel harbours less bacteria than plastic, the wet environment of a drinks bottle in any material makes it the perfect environment for them to grow.

A study of runners’ bottles revealed that they harboured 300,000 colony-forming units per square centimetre, over ten times the amount found on the average pet toy.

Thankfully you can wash away these harmful bacteria, but it’s something of a faff to do so. From multiple rinses to contorting bottle brushes – and still feeling you haven’t fully sanitised everwhere – it’s enough to make you throw in the towel and go for a throwaway option.

But this interesting hack might just change your mind.

‘You’ll be surprised and shocked at the amount of mould that can build up inside,’ says Anita in the video, before showing her own mildew-covered flasks to the camera.

Anita then adds a third of a cup of rice, a tiny squeeze of washing up liquid, and half a cup of water to the bottle. After screwing the lid on tight, she gives it a good shake.

She suggests using a sieve to drain the contents, and a few rinses with clean water to remove any residue.

The results speak for themselves. When Anita shows the freshly-washed containers to the camera, there’s not a speck of dirt to be seen.

Her video has now been viewed over 45,000 times, and commenters were also wowed by how easy she made the awkward task.

‘Genius. Shared with my 24 year old daughter who never cleans her water bottle,’ wrote one commenter.

Others did mention that this could be a waste of rice, and some pointed out that bottles shouldn’t be left to get mouldy in the first place.

While that’s true, if you reuse the rice to deep-clean multiple bottles at once it makes the most of what you have. As an alternative you could also use scrunched-up kitchen roll or baking beans.

There’s no need to shame people for doing tasks in a way that’s best for them.

If this works for anyone, particularly people who’ve struggled to stay on top of housework or are dealing with health concerns that makes scrubbing difficult, that’s all that matters.