Aleesha meets a new temp in this EXCLUSIVE preview of ‘Upload’ season 2, and she’s already bringing the sass with the latest hire.

Upload season 2 returns on March 11, and HollywoodLife has an EXCLUSIVE sneak peek of what’s in store. In this preview of the Prime Video show’s second season, Aleesha is introduced to the new temp named Tinsley. “I really need this job, but I don’t have any experience,” Tinsley reveals to Aleesha. 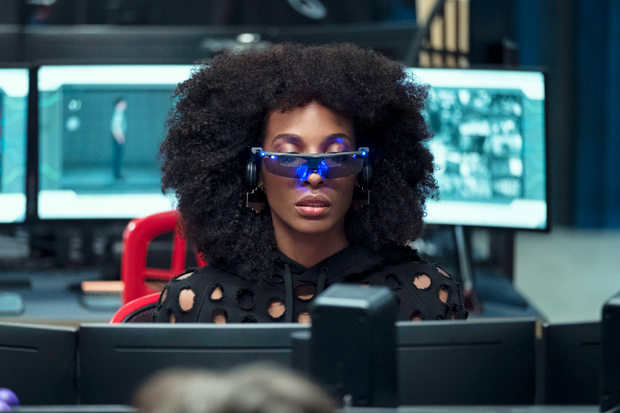 Tinsley is “so excited” about starting this new job. Aleesha tells her to leave her jacket in the locker. Why? Because she doesn’t like it. At all. The judgment is real!

Tinsley is caught a little off guard by Aleesha’s request. “I hate it,” Aleesha says with a huge grin on her face. Tinsley explains that she’s had this jacket for a long time. “You gotta job now. Buy a new one,” Aleesha quips.

Tinsley quickly falls into line, but Aleesha tells her to stand up for herself. This confuses Tinsley. She doesn’t know exactly what to do. Aleesha is already annoyed. Tinsley better get with the program!

In Upload season 2, Nathan is at a crossroads in his (after) life… his ex-girlfriend Ingrid has unexpectedly arrived to Lakeview hoping to strengthen their relationship, but his heart still secretly yearns for his customer service angel Nora. Meanwhile, Nora is off the grid and involved with the anti-tech rebel group “The Ludds.” Season 2 is packed with new near-future concepts, including Lakeview’s newest in-app digital baby program called, “prototykes,” and other satirical glimpses of the technological advances and headaches to come. 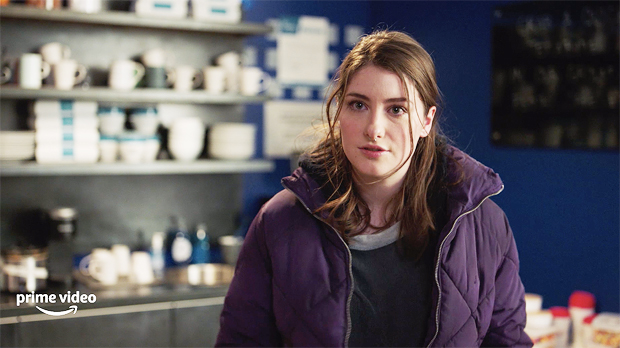 The show stars Robbie Amell as Nathan, Andy Allo as Nora, Kevin Bigley as Luke, Allegra Edwards as Ingrid, Zainab Johnson as Aleesha, Owen Daniels as A.I. Guy, and Josh Banday as Ivan, and Andrea Rosen as Lucy. All episodes of Upload season 2 will be released on March 11.