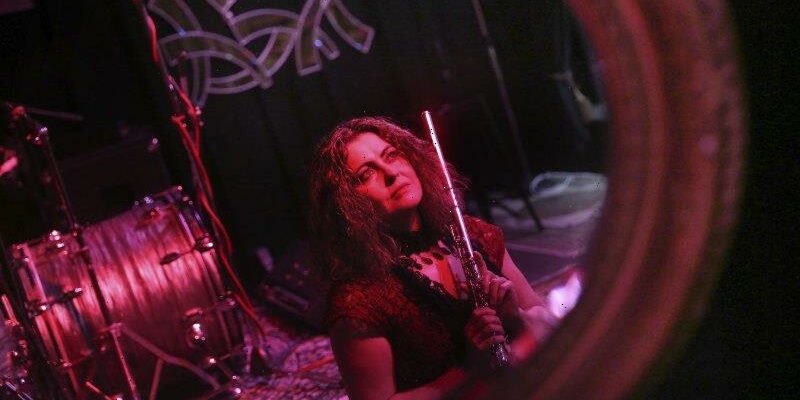 Set Me Free, a collaborative album from visual artist and poet Jalal Mahamede and composer Keyna Wilkins, will be launched this week.

It’s a big moment for both artists – particularly for Mahamede. But he won’t be attending Wednesday’s launch event at Marrickville’s Lazybones bar. Instead, he will be spending the day as he has every other day for the past nine years: in immigration detention. 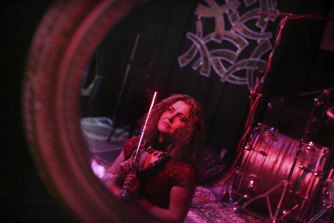 Keyna Wilkins at Marrickwille’s Lazybones bar where she will launch her new album this week. Credit:James Alcock

Mahamede is an Ahwazi Arab refugee from Iran presently held in a Brisbane detention centre, after spending six years in squalid and dangerous conditions on Nauru.

Set Me Free grew out of an initial online connection between Wilkins and Mahamede after Wilkins was introduced to his poetry via a Facebook action group. 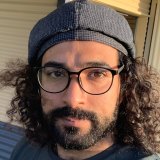 Jalal Mahamede has been in immigration detention for nine years.Credit:

“Jalal posted up a bit of his art and poetry on the page,” she says. “I thought it was very powerful. I’m always looking for something that I can link my music to. Then we started jamming together – I was doing some piano and he was reciting his poetry.”

The album features contributions from 19 other guest artists. Working with Mahamede, says Wilkins, has been a deeply emotional experience.

“When I first started getting to know him, I was crying nearly every day,” she says. “It is so incredibly tragic. He has never been charged. He has never been tried. He is held indefinitely, in a prison with no end in sight. And he did nothing wrong. He arrived by boat seeking protection. But he hasn’t lost hope that one day he’ll be released.”

Mahamede is wary of speaking the press and communicates publicly via his Facebook page. Earlier this year his posted a heartfelt plea.

Wilkins, who is a two-time Australian Art Music Awards finalist, says she draws inspiration for her work from a wide range of sources.

“I have a really broad taste in music,” she says. “I like all styles of music, as long as it’s good music. And what I try to do in my compositions, and my performances is to have a mosaic of influences from lots of different genres.”

Wilkins is also a flautist and one of the influences on the album is the traditional Iranian ney, an end-blown flute with a characteristic sound.

Wilkins is under no illusion that her work with Mahamede will lead to his release but believes directing attention to his plight can only be positive.

“I’m hoping people will see that he is a very talented poet and artist who is also very compassionate,” she says. “People will say he deserves to be released.”

Set Me Free will be launched at Lazybones, Marrickville, on November 17 at 7pm.

In need of some good news? The Greater Good newsletter delivers stories to your inbox to brighten your outlook. Sign up here.