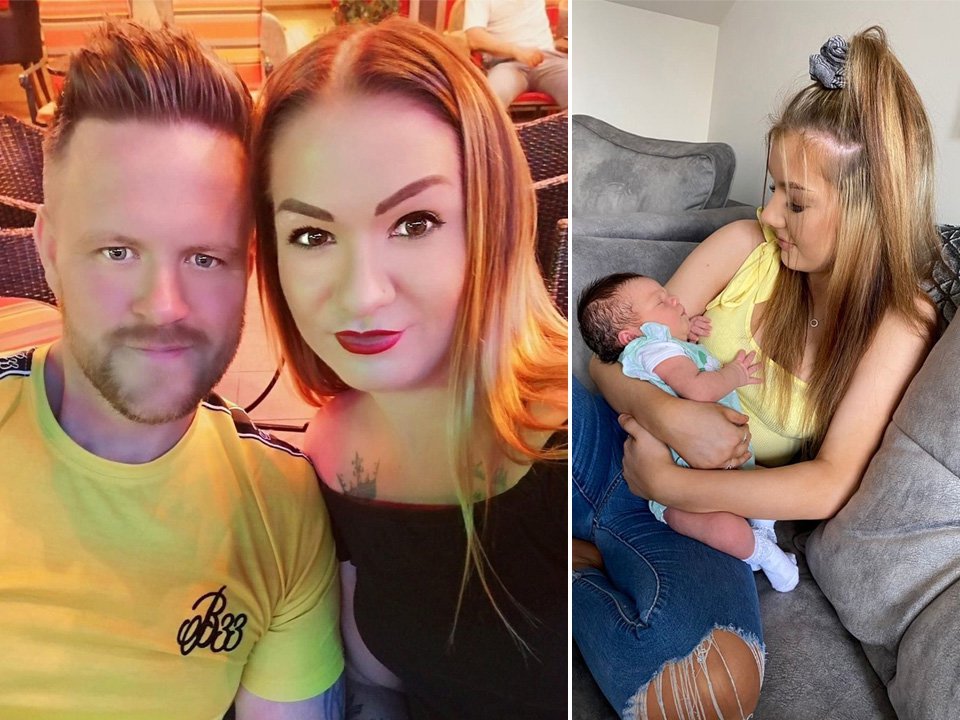 These days, your early or mid thirties is a very common age to become parents for the first time, but you wouldn’t expect to become a grandparent so young.

Jenni Medlam, now 34, from Hull, and her husband Richard, 35, have become grandparents for the first time after the arrival of baby Isla-May in June.

The chain of events started when Jenni gave birth to her first daughter, Charmaine, when she was 17.

Then, when Charmaine was 16, she told her mum that she was now pregnant.

Having been through a young pregnancy herself, Jenni felt equipped to support her daughter, and understood parts of what she was going through.

‘When we are out with Isla, everyone just assumes that she is mine and Richard’s daughter,’ says Jenni.

‘When we explain to them that we are actually grandparents, they get the absolute shock of their life. Most people don’t believe us when we tell them.’

Jenni says she doesn’t blame people for getting it wrong, and that she can understand why they would think they were the baby’s parents.

‘When Charmaine first told us that she was pregnant and that we were going to become grandparents, we were really shocked,’ says Jenni.

‘It has been a whirlwind but we love our new roles. I’m Nanna and Richard is G’pa.

‘Being young grandparents just means you have more time to love your grandchild and longer to cherish them. And we might even get great-grandchildren.’

After becoming a teenage mum herself, Jenni, who also has two other daughters, Chelsey, 13, and Scarlett, 10, didn’t have a support network to help her through it and she says she was very isolated.

Jenni didn’t want her daughter to have the same experience as she did, and vowed to support her.

‘I knew exactly how Charmaine would be feeling having to tell her mum she was pregnant,’ she says.

‘But I told her it’s her body and her decision and I would support her either way. Falling pregnant has really made Charmaine grow up, Isla has been the making of her.

‘She is an incredible mum and I think it has made the bond between Charmaine and me even stronger.

‘I think she has even more respect for me now as her mum. We all live together under one roof too which is lovely.

‘She’s still with the baby’s dad and they’ve been together almost two years, so Isla also has all of his lovely family.’

Jenni says that she and Richard look after Isla quite often to give Charmaine a break.

Jenni, who runs her own cleaning business, thinks that teenage mums are stereotyped, but having a baby doesn’t mean your life is over.

She says that although she was a teen mum, she was still able to work and bring up her daughter, and even start her own business.

‘Charmaine has watched me go to work and do well for myself while bringing her up, so she knows it’s possible,’ she says.

‘She wants to go to college and do beauty. There is a stereotype about young mums which I don’t think is fair.

‘You can still enjoy your life and achieve whatever you want even if you have a baby when you’re younger.

‘I am glad that I am able to show my daughter that everything can still work out for you.’