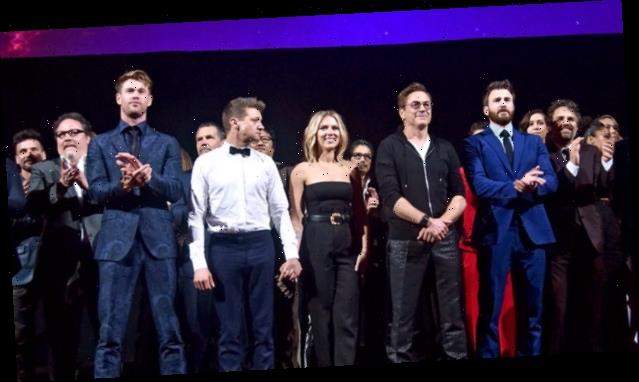 There's no escaping the shadow of Marvel. In a new blog post, Twitter listed this year's top everything, including actors. And considering that this was the year that brought us Captain Marvel and Avengers: Endgame, Twitter's list includes a lot of superhero power. The social platform explained that it didn't compile the list based solely on how much attention each actor was getting. Instead, Twitter explained that it looked at how many people got to talking about the superheroes and non-supers that made the cut.

"Instead of ranking by overall Tweet volume, we're ranking by the number of people Tweeting about each topic," reads Twitter's methodology. " We wanted to know what got the most people talking, not just what was the loudest."

Of the top 10, six have Marvel flicks on their resumes. That includes Tom Holland at No. 1, Chris Evans in the runner-up spot, and Zendaya, Roberto Downey Jr., Chris Hemsworth, and Mark Ruffalo rounding out the rest of the list. That's a lot of star power, especially considering that Jennifer Lopez appears on the list at No. 9.

Non-Marvel and non-J.Lo actors Keanu Reeves, Cameron Boyce, and Japanese pop singer-turned-actor Kanna Hashimoto earned spots on the list, too. But just to put everything back in perspective and see just how much of the zeitgeist Marvel has in its Infinity Gauntlet-clad grasp, Avengers: Endgame, Spider-Man: Far From Home, and Captain Marvel all appeared in the top movie category. Only three of the top 10 flicks weren't Disney or Marvel properties: Joker (2019), anime movie Weathering With You (天気の子), and It Chapter Two.

You can check out all of Twitter's year-end stats with the hashtag #ThisHappened.