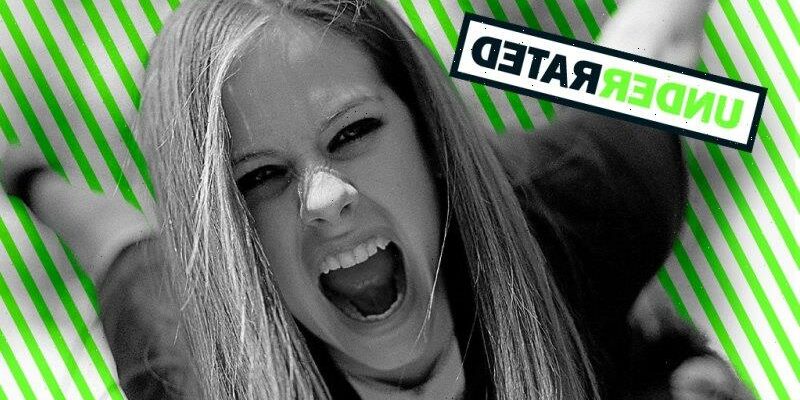 In this column, we deliver hot (and cold) takes on pop culture, judging whether a subject is overrated or underrated. This week, political satire.

There was a time, let’s say, 1998 to 2008, where pink and black were fashion staples, boys wore eyeliner, bands would actually yell out things like “bass solo!” in the middle of their tracks, and you could sing along to pop songs by going “bats-bats-bats-bats” to emulate an oft-imitated Travis Barker drumline. The mall-punk era was beautiful, but we took it for granted.

A condescending descriptor that prioritised the genre’s teeny-bopper, commercial, and largely girl-ish appeal, mall-punk was seen as a shallow alternative to the very serious, important work of crusted punks like, I don’t know, NoFX? Lagwagon? Less Than Jake? The ridicule mall-punk attracted never really fit the crime, did it? 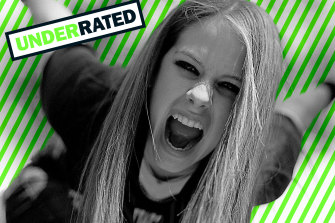 It’s been exactly 20 years now, since June 2002, when Avril Lavigne released her breakout debut album Let Go, a mall-punk opus that features such undeniable anthems as Complicated, Sk8ter Boi and I’m With You. If there was a time to reappraise mall-punk’s cultural impact, we’re already overdue.

It’s not like the genre didn’t have its popular accolades. Complicated was a smash for Lavigne at its release, peaking at No. 1 on the ARIA singles charts, while album Let Go sold more than 16 million copies worldwide. At the 2003 Grammys, Complicated was even nominated for song of the year, ultimately losing out to Norah Jones’ Don’t Know Why (one of hundreds of reasons why the Grammys should never be evoked as a historical barometer of cultural relevance).

But by that year, Lavigne was already undercutting Complicated’s success, apologising in interviews for being too poppy and suggesting the song “doesn’t represent me”. Her ambivalence at the time is understandable: when you’re being framed by the media as the “anti-Britney” – a teen icon “who wears baggy pants, plastic bracelets and a scowl, not the skimpy threads and Ultra Brite smiles of Britney and Mandy and Beyonce”, as Rolling Stone put it in their March 2003 cover story – any smart artist would lean into the narrative. But it’s a shame she felt she had to.

The critical response to Let Go was similarly confused, with praise for its energy and hooks regularly undercut by a disparaging aside: “Total Request angst”, wrote Rolling Stone, suggesting Lavigne was peddling corporate rebelliousness; “more poser than punk,” wrote Slant, another jab at Lavigne’s authenticity. What did they want from this 17-year-old Canadian singer? To see her spitting at cops? To watch her shoot up and die in a New York hotel?

At mall-punk’s peak, some enlightened critics were already questioning their cohorts’ dismissal of the genre. Writing in the New York Times in 2003, Kelefa Sanneh described mall-punk as “a subgenre ruled by polite, energetic bands that sometimes seem to have been concocted in an MTV laboratory. The term is invariably used as an insult, even though the bands themselves are generally unobjectionable.” Imagine hating Good Charlotte, he was telling us, and most of us aged over 14 just laughed.

Of course, I’m not letting myself off the hook. At the time, my enjoyment of mall-punk was semi-ironic. The songs were clearly catchy, but they were too light to be significant. Plus, the genre was ubiquitous in the early aughts – when even Australian Idol was pushing tracks like Lee Harding’s Wasabi, it was easy to be cynical.

I remember a particularly shameful moment when Good Charlotte came down for an intimate showcase at Sony Music’s Sydney headquarters. I bumped into a buddy there, we got tipsy on free beer, and we ended up heckling loudly all through a Madden Bros’ acoustic set, cackling “Another loser anthem, woah-oh!” after every song and drawing disgusted looks from Sony’s label reps. To their credit, the brothers were good sports: they giggled, gave us a shout-out from the stage. They’re punks, right? I’m sure they could appreciate some young(ish) rascals disrupting their totally corporate label event. I even got a photo with them afterwards. Don’t worry, the Maddens and I are good.

In any case, removed from their oppressive original context, these stand up as amazing pop songs. Melodic, energetic, fast-paced, romantic, resentful, playful, bratty and over before you know it: now that’s what I call music. I realise this now, as should we all. I mean, have you ever done Sum 41’s Fat Lip at karaoke? The joy that fills the room is life-affirming. Or even Miley Cyrus’ 7 Things, with its cunning Julia Stiles-esque closing stanza switcheroo? You won’t forget it.

Ironically, the kids already get it. That a whole generation of artists who were barely toddlers at mall-punk’s peak have become today’s leading pop superstars by reviving the genre’s stylings – Olivia Rodrigo and Machine Gun Kelly, obviously; you can also hear it in The Kid Laroi and legions of post-Lil Peep, post-Juice Wrld acolytes – is testament to mall-punk’s timeless concoction: He was a boy. She was a girl. Can I make it any more obvious?

It also means we’re one step closer to the Y2K ideal of having a ska band performing in the final act of every new Hollywood teen movie, which is concrete proof the world is moving in the right direction.