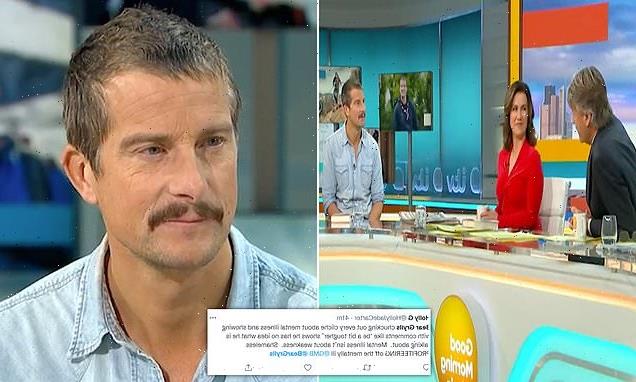 Bear Grylls divided opinion when he spoke about mental health on GMB, with some viewers claiming he was speaking in ‘clichés’.

The adventurer is known for being on the wild side of life and has been filmed climbing Everest after breaking his back in three places and eating scorpions.

As host Susanna Reid pointed out, he’s not the first person people think of when discussing mental health as he is viewed as ‘rock solid’.

Bear revealed that his new book Mind Fuel, that will come out on Thursday, will focus on his own mental health battles. 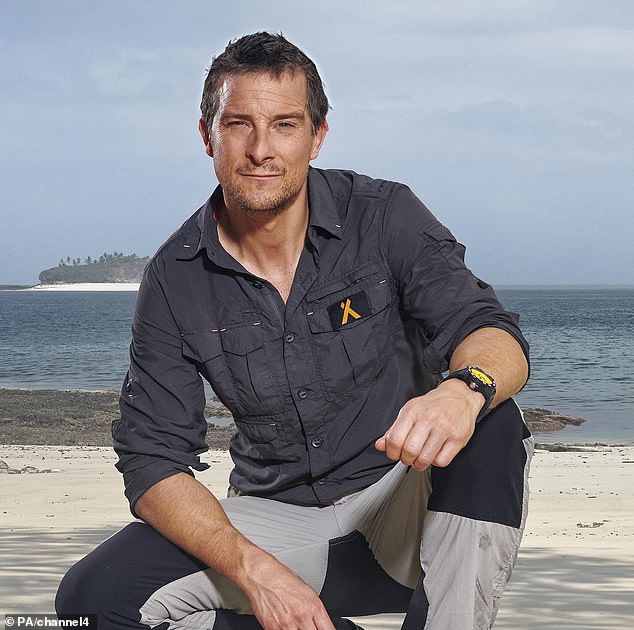 Bear Grylls, pictured in a publicity shot, spoke about the stigmas surrounding male mental health on breakfast TV this morning but was met with criticism from viewers who claimed he was speaking in ‘clichés’ 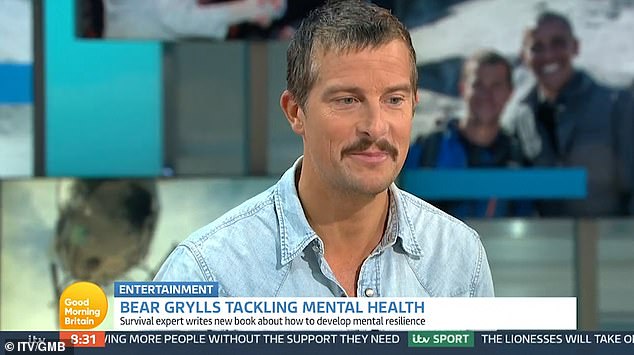 The TV personality, who is currently filming a third series of his hit show Running Wild, sat down with Susanna Reid and Richard Madeley in the wake of World Mental Health Day which was yesterday.

He then went on to talk about male mental health, citing 75 per cent of suicide attempts currently are ‘male’.

GMB host Susanna speculated: ‘We can imagine that people view you as rock solid, nothing bothers you – that sort of thing. What is this fragile bear?’

He said: ‘All of us are a work in progress. The suicide rates are crazy at the moment.  When men face the storms of life a lot of them don’t have the framework or tools to deal with that. 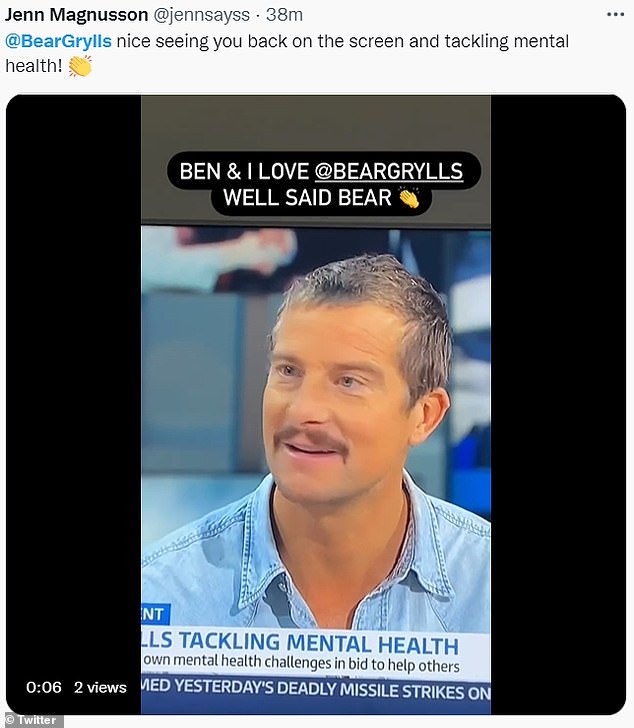 ‘My book is to strengthen the mind and build up resilience. Simple stuff like go for a walk, go for a cold shower, get fit.

‘This is for everyone – people who haven’t suffered mental health issues as well because storms come for everyone.’

Susanna said: ‘How do people who they think they should be strong cope? If people have a stereotype of how they think that strength should be.

‘So, they see someone like you who’s meant to be strong and think ‘we all have bad times and you can get through’- how do you claw your way out?’

Bear continued: ‘My mum always used to say a problem shared is a problem halved. Men find it hard to be vulnerable and talk about their problems . We share the good stuff.’

Susanna said a reason for this could be ‘they are probably scared of being told to man up. You’ve got to be strong all of the time.’

GMB host Richard Madeley chimed in with his own coping mechanism, he said: ‘I give myself a good talking to. talking out loud to myself – do you do that?’

Bear said: ‘I do, totally, whatever it takes – men are not used to finding these tools – we are used to being told that we need to go to the gym if we want to get physically fit and this [his book] has tons of little practical pieces of advice you can incorporate into your daily life.’

Despite talking openly about coping with mental health on live television, Bear was met with criticism for being clichéd.

One Twitter user said: ‘Chucking out every cliche about mental illness and showing with comments like ‘be a bit tougher’ shows he has no idea what he is talking about.’

Another accused him of having ‘no idea’ about mental health, saying: ‘Has no idea of debilitating MH condition if he thinks sufferers are capable of doing “simple things” like taking a walk, speaking to a friend. May as well tell a person with severe spinal cord injury to leap over a gate.’

However, some people are excited to read the new book saying: ‘Thank you for today’s interview ahead of the publication of his new book #MindFuel this Thursday ,which offers daily tips, simple wisdom and real life stories to help build mental fitness and resilience.’