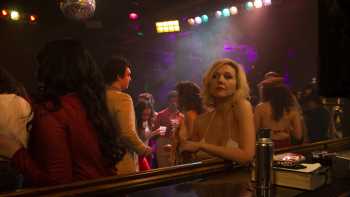 Each week, Variety’s TV team combs through the week’s schedule, selecting our picks of what to watch and when/how to watch them. This week, the third and final season of “The Deuce” premieres on HBO, and “Undone” season 1 drops on Amazon.

This Friday, the first season of the adult animated series “Undone” drops on Amazon. Tune in to see Rosa Salazar and Bob Odenkirk star in this show which follows a woman who sees visions of her late father after surviving a near-fatal accident, and discovers an ability to travel through space and time. Made by the producers of “BoJack Horseman,” the  shows achieves a unique look of by using a combination of rotoscope animation, oil painting on canvas and other mediums.

Between directing “The Lion King” and showrunning the upcoming Disney Plus’ series “The Mandalorian,” Jon Favreau somehow finds time to return for a second season of cooking and conversation alongside Kogi chef and culinary mentor Roy Choi.

Fasten your belt buckles folks because Ken Burns’ marathon 16-hour documentary on Country Music premieres this week on PBS. For the eight-part, which has been almost a decade in the making, Burns and his team conducted over 100 interviews with familiar faces to country music fans including the late Merle Haggard, Kris Kristofferson, Willie Nelson, Dolly Parton, Vince Gill, Reba McEntire, Emmylou Harris, Ricky Skaggs, Brenda Lee, Naomi, and Wynonna Judd.