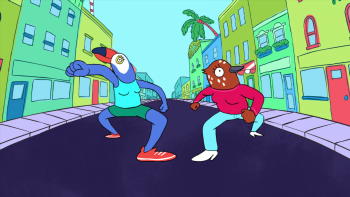 Each week, Variety’s TV team combs through the week’s schedule, selecting our picks of what to watch and when/how to watch them. This week, the animated comedy “Tuca & Bertie” and the documentary “Knock Down The House” both drop on Netflix.

The dystopian drama, which centers around a group of teens who are the first to return to earth aftger a nuclear apocalypse, returns for its season 6 premiere. The show was already recently renewed for a seventh season.

“Knock Down The House,” Netflix, Wednesday

After the battle of Winterfell lived up to expectations in episode 3 of the HBO epic’s final season, fans are keen to find out where the show goes from here. Tune in on Sunday night to find out.