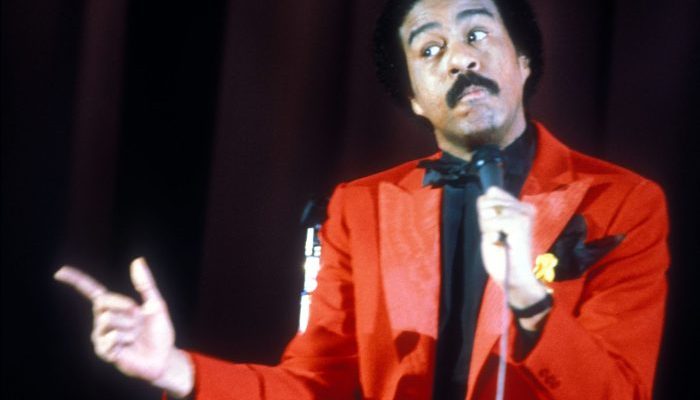 In today’s roundup, the “I Am Richard Pryor” documentary gets a world premiere at SXSW and NBC announces premiere dates for “America’s Got Talent” and “American Ninja Warrior.”

“Girlfriends” alum Khalil Kain will join as a recurring character on the second season of “Bronx SIU” on the Urban Movie Channel, premiering on March 21. He will join Brian White, Shanti Lowry, Denise Boutte and Ameer Baraka in the new season of the New York police procedural.

“I Am Richard Pryor,” a new documentary looking at the life of the iconic comedian and actor, will make its world premiere at the South by Southwest Film Festival on March 12. The film will then air on Paramount Network on March 15 at 10 p.m. ET/PT and encore on Comedy Central at 11:30 p.m. ET/PT. Exclusive interviews with celebrities, like Tiffany Haddish, Howie Mandel, Lily Tomlin and Jennifer Pryor, will also be featured.

NBC has announced the 14th season of “America’s Got Talent” will premiere on Tuesday, May 28, at 8 p.m. ET/PT with Gabrielle Union and Julianne Hough joining Simon Cowell and Terry Crews as judges. The eighth season of “American Ninja Warrior” will debut on Wednesday, May 29, at 8 p.m. before moving to is regular time slot on Monday, June 10, at 8 p.m. Zuri Hall will join this season as a sideline reporter.

Variety has the exclusive first look at a scene from this Friday’s episode “The Blacklist,” titled “The Cryptobanker.” In the clip, Raymond Reddington’s (James Spader) trial for treason appears to be underway as his longtime partner Liz Keen (Megan Boone) takes the stand and profiles him. The episode will air on Friday at 9 p.m. PT on NBC.

The 50th NAACP Image Awards will be hosted by Anthony Anderson, a two-time Image Award winner for his role on “blackish,” for the sixth consecutive year. The ceremony will air on TV One on March 30 at 9 p.m./8c live from the Dolby Theatre in Hollywood.

Joe D’Ambrosia has been promoted to General Manager of Disney Junior, expanding his current role of Senior Vice President of Original Programming. He will now oversee all of the company’s initiatives onscreen and off, in addition to being responsible for all development and production of original content aimed at the preschooler demographic.