Here's our guide to which TV shows and movies are worth streaming – and what you can safely skip. 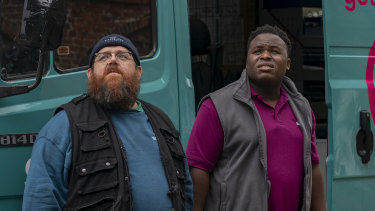 Nick Frost freaks probably shouldn't get too excited about this new half-hour horror-comedy series. Yes, it reunites Frost yet again with his best mate, Simon Pegg, but it it isn't quite a slice of fried gold to rank alongside Shaun of the Dead. It's a rather more tepid kind of British diversion, like dunking a McVitie's digestive into a cup of tea and wondering whether a roll of fresh wallpaper mightn't liven the place up a bit. Frost, though, is front, centre and very much in his element as one Gus Roberts, full-time broadband internet installer and part-time ghost hunter. Widower Gus is a portly, bearded, self-satisfied sort who has found a kind of contentment in sharing a house with his slightly cantankerous father-in-law, Richard (Malcolm McDowell). But things are about to change: Gus' stiff, wig-wearing boss (Pegg) is about to lumber him with an unwanted apprentice by the name of Elton (Samson Kayo).

Gus and Elton are soon uncomfortably yoked both in work and in ghost hunting, and they quickly acquire third, fourth and fifth wheels in Elton's agoraphobic sister, Helen (Susie Wokoma), a strange, short-haired young woman named Astrid (Emma D'Arcy), and cranky old Richard. Is there also a cohort of malevolent spirits trying to bust through the seams of our world to get at them? If so, does the mysterious Astrid have the information they need to deal with that? Or will they need to make contact with a pompous author played by The Mighty Boosh's Julian Barratt?

After a promising start, the series begins to feel increasingly inchoate. Series creators Frost, Pegg, James Serafinowicz and Nat Saunders, and director Jim Field Smith, get it absolutely right when it comes to playing the horror absolutely straight. Surprisingly enough, though, the comedy element feels like an afterthought. Every time there's a decent gag – a significant proportion of which involve a bag of prawn cocktail-flavoured crisps – you're reminded that there really aren't enough of them. Frost's character is sharply drawn and inhabited and generally believeable, but others tend towards caricature or cipher. Other elements will remind some viewers of Philip Brophy's Australian schlock-horror classic Body Melt (Amazon Prime Video), but they certainly don't benefit from the comparison. There are brief moments when it's almost genuinely haunting – such as in the episode involving a mysterious shortwave “numbers” station and the whistling of The Lincolnshire Poacher – but the less you expect, the more you'll be pleased. 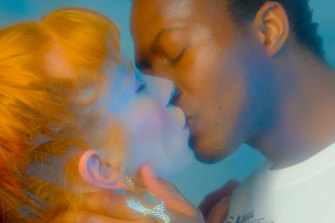 It's a fairly slight affair, this made-for-mobile series about an Australian couple going through a slow-motion, long-distance breakup in COVID-19 lockdown. But the nibble-sized episodes – running from a few seconds to a few minutes – do have their poignant and amusing moments. At the outset, series creator Imogen McCluskey (Suburban Wildlife) as well as real-life lockdown conspired to restrict Girl (Maddy McWilliam) and Boy (Justin Amankwah) to communicating by text and video chat – and, as in real life, it's sometimes the unsent texts that say the most.

People You May Know 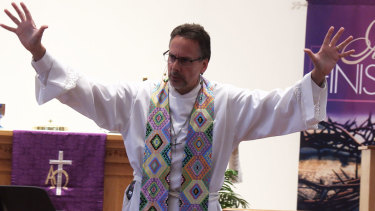 Pastor David K. Zandt of the Peace Lutheran Church in Alabama features in People You May Know.Credit:iWonder

Shocking, terrifying and entirely unsurprising, this new documentary shows how the US Republican Party and evangelical churches work together to share and exploit detailed personal information about American voters in order to recruit them to right-wing churches and a right-wing political agenda. Charles Kriel, a former specialist adviser to Britain's parliamentary committee on fake news, enlists journalists and tech experts to lay out a data-grinding operation so sophisticated that it can identify individuals who are having problems with money, relationships or addiction and so are ripe for the picking.

Vampires vs The Bronx

Vampires vs The Bronx follows boys trying to save their neighbourhood from a nest of vampires.Credit:Netflix

What if the forces of gentrification weren't metaphorical vampires but literal blood-sucking immortal undead? There's a comfortable, familiar, save-the-old-community-centre spirit about this movie that follows three young lads trying to save their neighbourhood from a nest of vampires led by Shea Wigham and Sarah Gadon. Writer-director Oz Rodriguez doesn't have the flashes of inspiration that made The Lost Boys an instant classic and he could have made a better fist of using music to set the scene, but he keeps the violence fairly low-key. 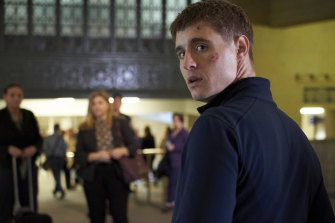 Max Irons returns to the challenge in Condor.Credit:Stan

Just when Joe Turner thought he was out of the CIA, they pull him back in. This busy espionage thriller series returns with computer whiz-kid turned unhappy action-hero Joe (Max Irons) moping around Europe. He's still stewing over the events of last season, especially how CIA monster Reuel Abbott (Bob Balaban) almost caused a global cataclysm. But when a covert US operation in Crimea ends in bloody disaster, the glumly handsome Joe finds himself in Hungary lumbered with a Russian defector who needs urgent passage to the US. A series of characteristically kinetic developments pulls Joe back into Abbott's orbit once more. The series, which was initially based on James Grady's novel Six Days of the Condor and the 1975 film Three Days of the Condor, retains the feel of a paranoid Cold War thriller, not least because the real world has come to feel a bit that way again. Irons isn't the most captivating of leading men, so the more of Balaban the better – especially now we're essentially without William Hurt. The newly reinforced infrastructure of supporting characters looks promising. 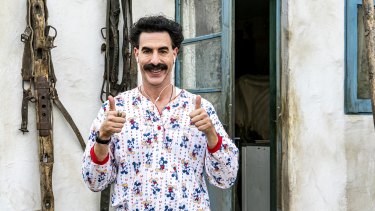 Rudy Giuliani isn't the only one feeling some discomfort in the wake of Sacha Baron Cohen's latest Borat film. A feature-length exercise in gratuitous insult and unpleasantness, it illuminates almost nothing about America that we don't already see in mainstream and social media every day. Baron Cohen even adds fuel to the dumpster fire, getting a right-wing crowd to sing along with his song about injecting Barack Obama and Anthony Fauci with coronavirus and then chopping them to pieces. Maria Bakalova, though, is fearlessly brilliant as Borat's daughter.