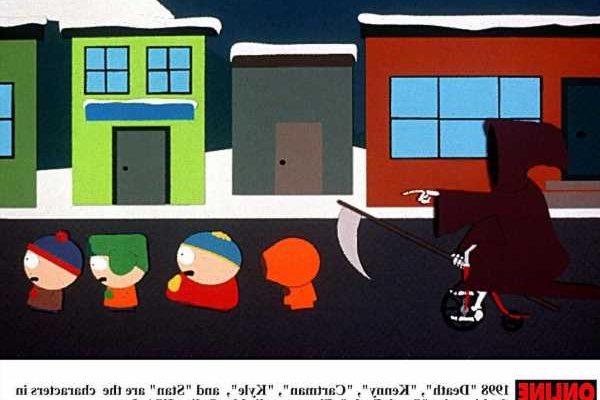 One would assume the South Park creators Matt Stone and Trey Parker are utterly fearless. Their animated series on Comedy Central is known for its raunchy, shameless sense of humor, which never manages to hold back. Yet behind the scenes, things aren’t as carefree. Because every South Park episode is created six days or less, there is a tremendous amount of pressure for the series creators to put out something decent in such a short amount of time.

Yet, according to Parker, he feels “embarrassed” by nearly every episode he puts out and is constantly filled with self-doubt.

As proud as Parker is of his mountain town series, he assumes that every episode he puts out will be the worst one yet. While speaking to The Hollywood Reporter, Parker expressed how self-conscious he gets about his episodes while making them.

“South Park is way bigger than either of us,” Parker says, referring to the writers on the show. “And it’s this curse, and when we are doing it, I hate it. I’m pissed off, and I’m tired, and every single Tuesday, I say, ‘This is the worst show we’ve ever done!’ It’s brutal. But it’s something I am a part of that’s bigger than I am. That’s what is most important.”

In 2020, Parker guest-starred on a podcast with Book of Mormon actor Rory O’Malley. During the podcast, he told O’Malley how self-conscious he feels of nearly every South Park episode he puts on the air.

When O’Malley asked Parker if he ever feels doubt when it comes to making a South Park episode, Parker said,

“Oh, every single week. Every single show. Every show. You can ask anybody. Every show, I’m always saying, ‘Oh God, can we call the studio? Can we call Comedy Central and tell them there’s no show this week?’ And I always have to get talked down by Matt, and he goes, ‘Oh, come on, it’s funny!’ and I’m like, ‘But there’s nothing!’ You know, it happens every week. Almost every week, too, even by the time we’re done with the show, I’m like, ‘Oh my god. I’m embarrassed this is going on television.’ It’s not even finished, it’s not going to make any sense, everyone is going to be like, ‘that is the worst show ever.’”

The ‘South Park’ writer begged for this episode not to air

One of the most successful episodes of South Park to ever air is “Make Love, Not Warcraft.” But according to The Independent, Parker begged the series producer Anne Garefino to have the episode pulled from the air.

“Every Tuesday, Matt and [Anne Garefino] know they have to talk me off a cliff,” said Parker. “Every show, I’m like, ‘this is a horrible show, I don’t want anyone to see it.’ There’s one episode we did, it was the first show of the season, and I’m like, I’ve lost it. I don’t know how to do this anymore.”

“I was like, please, begging Anne, do not let this go on air,” said Parker, “because I don’t want the South Park legacy to be ruined, and this show is going to ruin it because it’s so bad and I’m just going to feel terrible…”

Parker says that he “just went home and was depressed and couldn’t sleep. And I got in the next day, and they’re like, dude, people really like that show. And it was the show about World of Warcraft.”