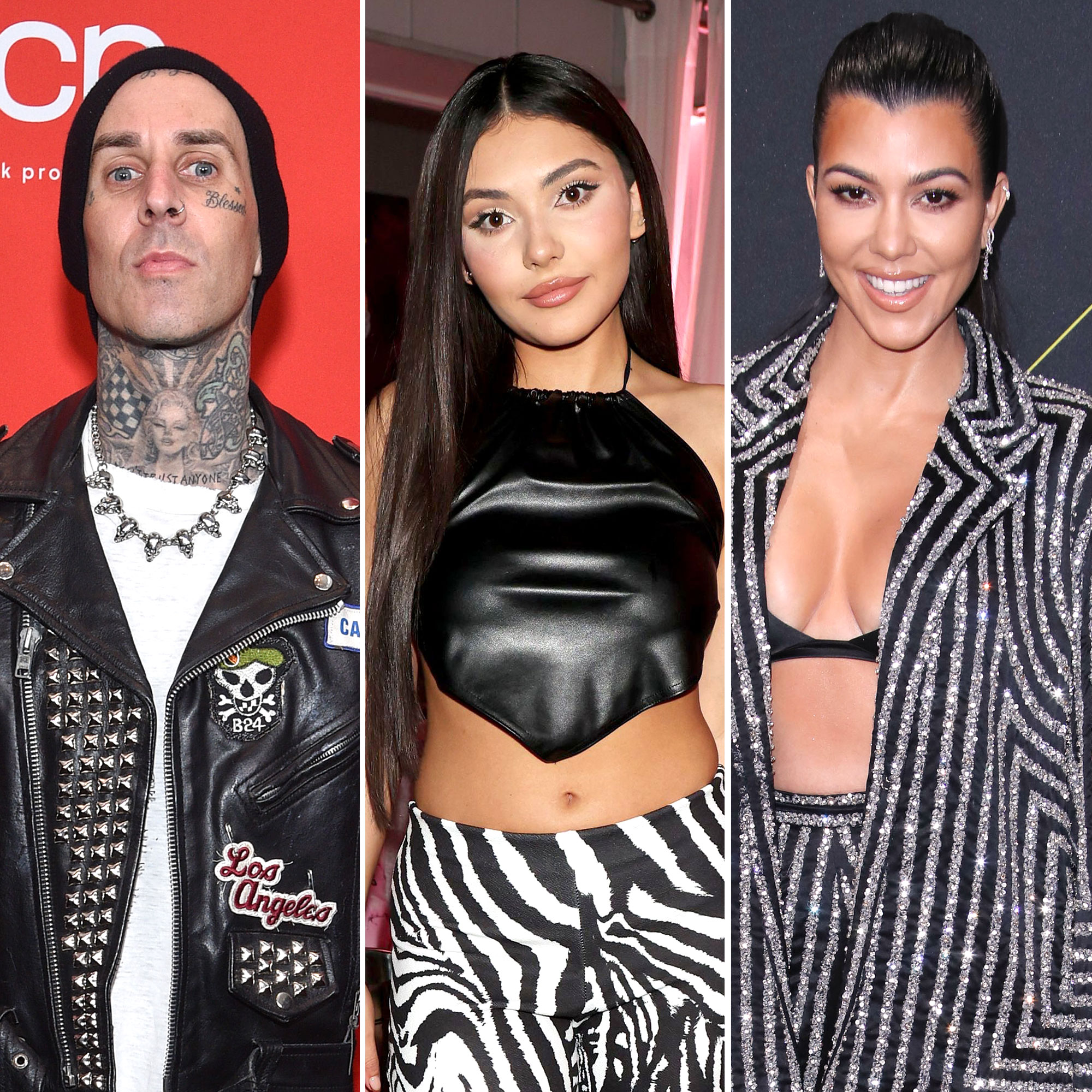 Family approved! After Kourtney Kardashian’s Skims campaign with Megan Fox dropped on Wednesday, September 22, the Internet was abuzz over the steamy pics.

Kourtney Kardashian and Travis Barker Bond With Each Other’s Kids

In the photos, the Jennifer’s Body actress and Kourtney posed together for a series of steamy pics in pieces from the brand’s cotton line as they ate an assortment of fruit.

“Skims really is my favorite for my undies, bras and basics,” Kourtney said via a statement shared with Us Weekly. “I think I would say that even if Kim weren’t my sister!”

Since the California native went public with her rocker beau in January, the pair’s bond has continued to grow as they’ve continued to pack on the PDA and get to know one another’s children.

Kourtney shares Mason, 11, Penelope, 9, and Reign, 6, with ex Scott Disick, while Barker is the father of Alabama, 15, and Landon, 17, whom he shares with Shanna Moakler. The “Transparent Soul” musician is also stepdad to Atiana, 22, who is Moakler’s daughter with boxer Oscar De La Hoya. Barker and Moakler, 46, tied the knot in 2004 when Atiana was 4 years old. They later called it quits in 2008.

Since the reality star got closer with the drummer, the pair have taken their kids on beach trips and holiday celebrations together.

One week earlier, Alabama and Penelope showcased their growing friendship in a joint TikTok video on September 10. Alabama posted the video at the time, in which the elementary schooler is seen dancing around to the PinkPantheress’ song, “Pain.”

Months earlier, the teen influencer referred to Kourtney as “my stepmom” in a July Instagram Live. 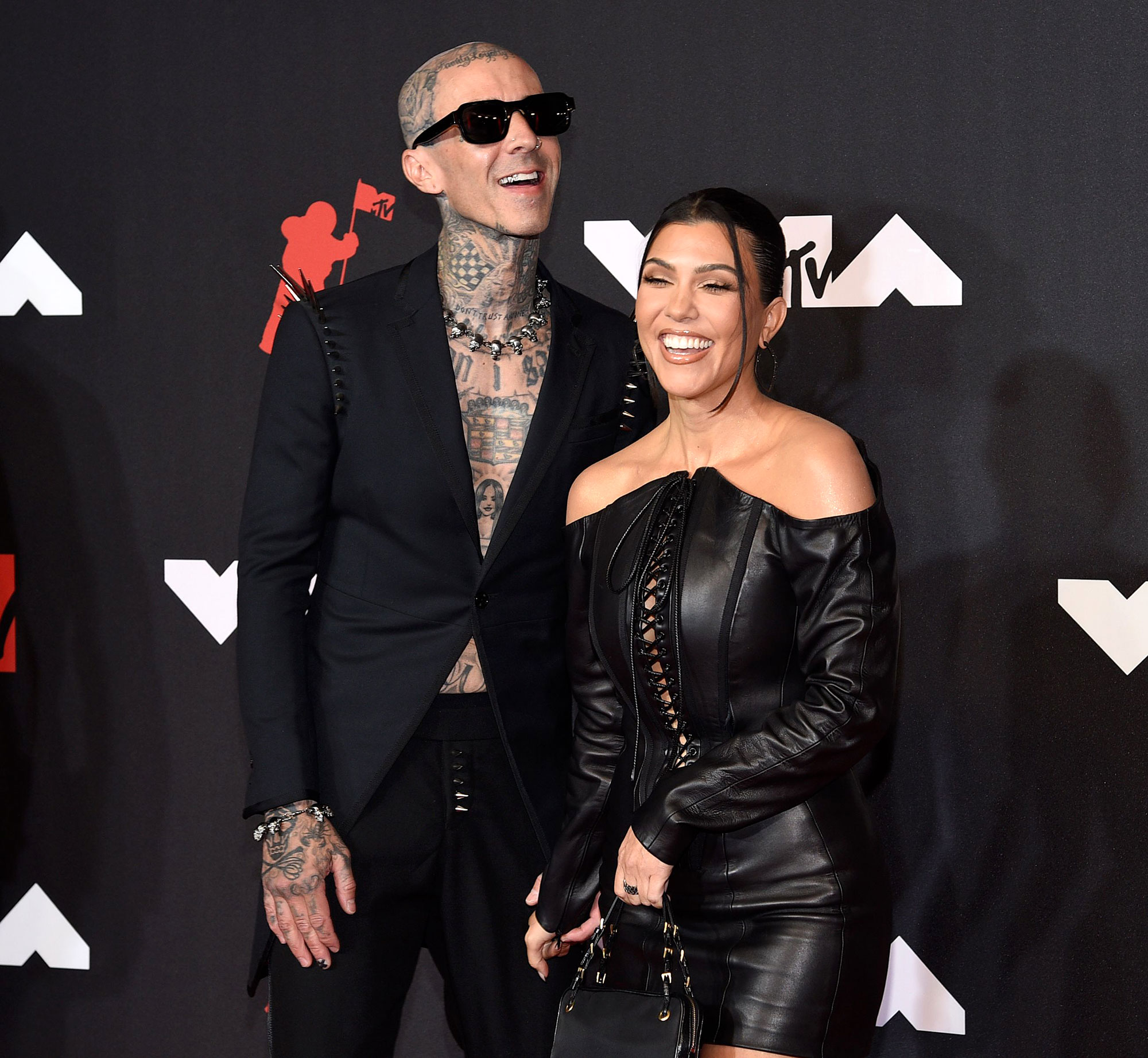 After the pair went public with their relationship, a source confirmed to Us Weekly in January that they initially bonded over parenthood.

“Travis and Kourtney’s kids are very close,” an insider exclusively told Us at the time. “They became friends living in the same neighborhood and hang out a lot. Their kids’ friendship had Kourtney and Travis spending a lot of time together.”

One month after the pair’s romance made headlines, the former beauty queen told Us that she supported the pair’s budding love as long as the Keeping Up With the Kardashians alum treated her children well.

“As long as she’s great to my kids and they’re both happy, I’m happy for them,” the model exclusively said at the time. “I absolutely am super happy for them. I have no ill will toward anybody.”

In May, Moakler said she wasn’t happy with the KUWTK star spoiling her kids.

“The Kardashians are buying my kids Prada every other day,” she told Us at the time, noting a “severe distancing” between her and her children. “They’re going on lavish trips. They’re doing all these things, which is fine. I think it’s nice that they’re being kind to my kids. I want that for my children. I don’t think it’s great when they put a wedge in between their biological mother.”