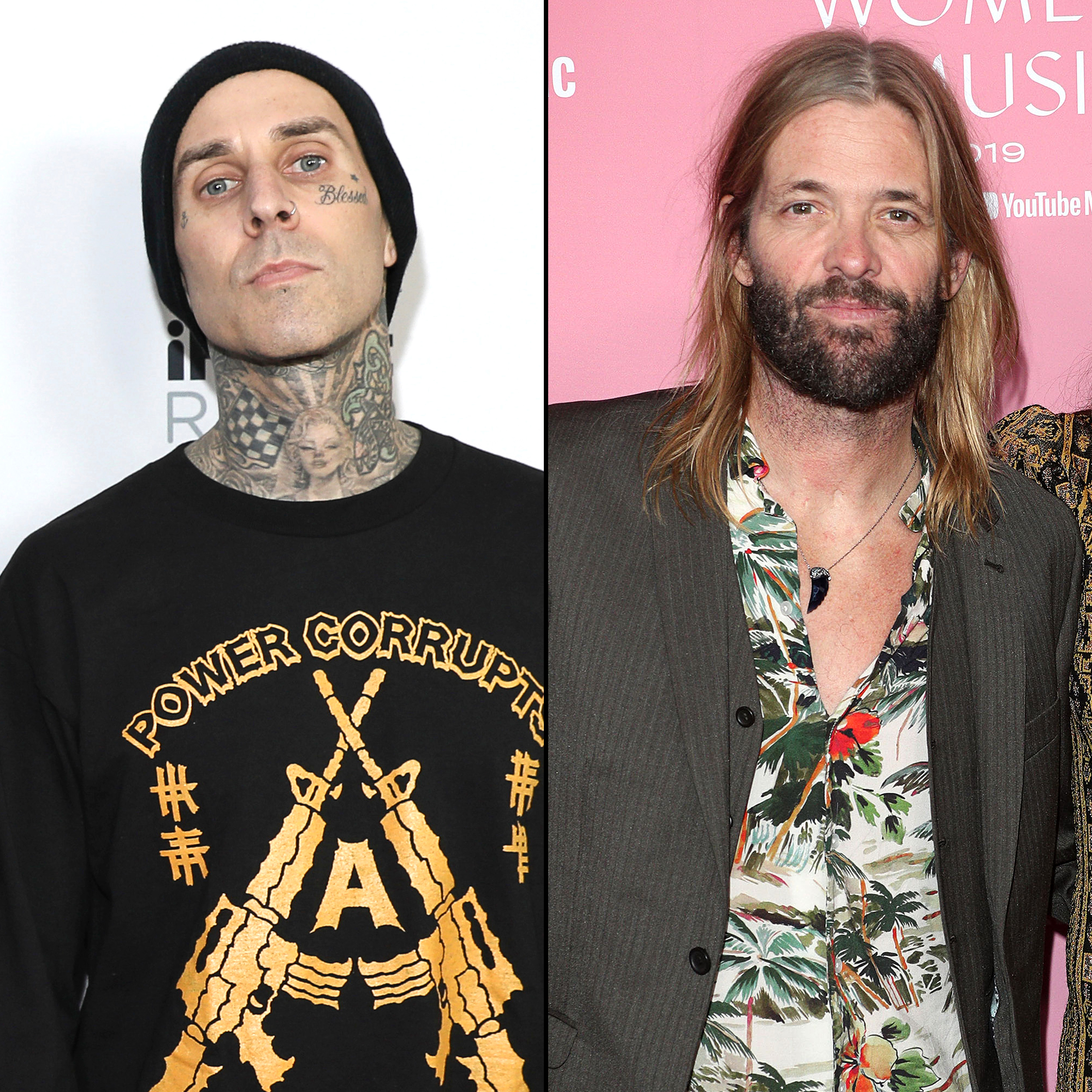 Celebrities Who Got Tattoos for Love

“HAWK forever 🦅,” Barker, 46, captioned a compilation of Instagram photos from his tattoo session at Shamrock Social Club on Wednesday, April 13. The Blink-182 drummer’s fiancée, Kourtney Kardashian, was by his side when he got a hawk inked on the top of his left foot.

The permanent homage to Hawkins comes less than one month after the Foo Fighters band member was found unresponsive in his hotel room in Bogotá, Colombia. The Grammy winner, who was on tour with Dave Grohl, Nate Mendel, Chris Shiflett, Rami Jaffee and Pat Smear, suffered chest pain shortly before his death on March 25 at age 50.

At the time, a preliminary toxicology report revealed that Hawkins had 10 drugs in his system, including opioids, marijuana and antidepressants, according to a statement from the country’s General of the Nation in Fiscalía. An official cause of death has not yet been revealed by the Colombian officials.

Following his death, the Foo Fighters opened up about the “tragic and untimely loss” of their friend, writing, “[Taylor’s] musical spirit and infectious laughter will live on with all of us forever. Our hearts go out to his wife, children and family, and we ask that their privacy be treated with the utmost respect in this unimaginably difficult time.”

Barker, for his part, also took to social media to honor his fellow musician.

“I don’t have the words. Sad to write this or to never see you again. I’ll never forget Laguna Beach days when I was a trash man playing in a punk rock band and you were playing with Alanis,” the California native wrote via Instagram alongside a photo of Hawkins. “You’d come watch me play in dive bars and be like, ‘kid you’re a star’. And I thought you were crazy but you gave me so much hope and determination.”

He continued: “Years later we toured together with Blink and Foo’s in Australia and I have the best memories of smoking cigarettes in the restroom of flights we were on together and watching your set every night. To say I’ll miss you my friend isn’t enough. Till the next time we talk drums and smoke in the boys room … Rest In Peace 😢🥁💔.”

Earlier this month, Hawkins received a special video tribute at the 2022 Grammys after the Foo Fighters confirmed that they would no longer be performing at the awards show.

“So, this was the moment in the show when I was supposed to be introducing the Foo Fighters. We would have been celebrating with them as they won … three Grammy Awards earlier today. But they are of course not here due to the tragic passing of their legendary drummer, Taylor Hawkins,” host Trevor Noah explained during the live show on April 3. “Our thoughts go out to Taylor’s family, his friends, the Foo Fighter family and all of their fans around the globe. We would like to take a moment now to remember Taylor.”

The segment featured clips of Hawkins over the years as “My Hero” played in the background.

If you or someone you know is struggling with substance abuse, contact the Substance Abuse and Mental Health Services Administration (SAMHSA) National Helpline at 1-800-662-HELP (4357).