Keeping up with the Barkers! Kourtney Kardashian and Travis Barker didn’t tell their families about their Las Vegas wedding ceremony “until right beforehand,” a source exclusively tells Us Weekly.

“It was totally impulse,” the insider reveals. “They had had such an amazing night and thought it was would be fun.”

The Kardashians star, 42, and Blink-182 drummer, 46, held a small vow exchange at Sin City’s One Love Wedding Chapel in the early hours of Monday, April 4, chapel owner Marty Frierson confirmed to Us. As of 8 a.m. on Tuesday, April 5, Las Vegas’ Clark County Clerk’s Office “has not issued a marriage license to Kourtney Kardashian and Travis Barker,” Us confirmed.

Everything to Know About Kourtney and Travis’ Surprise Vegas Wedding

“They will have a bigger celebration with more of their families there, but this was a special night just for the two of them,” the source further told Us.

The couple were in town for the 2022 Grammy Awards, where Barker took the Grammys stage with H.E.R. and Lenny Kravitz — and made out with Kardashian. They packed on the PDA on the red carpet and all throughout the awards show on Sunday, April 3. Just hours later, they hit the chapel.

The pair chose the One Love Affair package, Frierson told Us, noting the wedding “takes 30-40 minutes to complete.”

“The vibe was just love,” he added. “They came in, went right to the chapel and did their ceremony.”

Frierson revealed that the Poosh founder “got married, danced, threw the bouquet and then went off.” 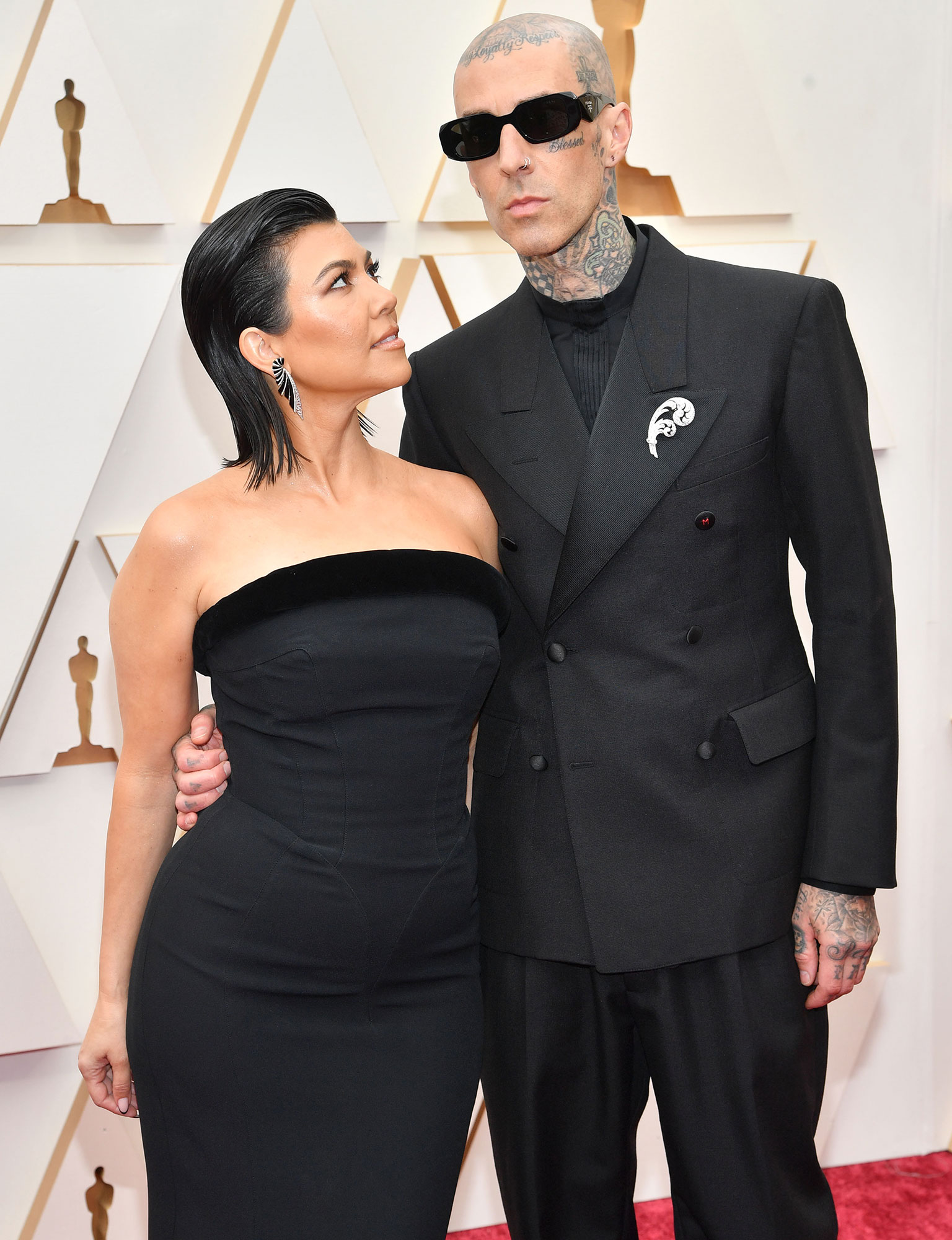 Kardashian and Barker, who have been friends for years, first started dating in January 2021. Nine months later, in October 2021, the “All the Small Things” artist proposed to the reality star on the beach in Santa Barbara, surrounded by rose petals. The moment was captured on camera and will be shown on the Kardashian-Jenners‘ upcoming Hulu series, The Kardashians.

“Travis spent forever getting the details right,” an insider told Us at the time. “They both have talked about their wedding and engagement before, but Kourtney was very surprised.”

The two have never been shy about their love for one another, as evidenced by their public makeout sessions and Barker’s multiple tattoos dedicated to Kardashian. The pair also bonded over their love for their children. The lifestyle guru co-parents Mason, 12, Penelope, 9, and Reign, 7, with ex-partner Scott Disick, while the “What’s My Age Again?” singer shares son Landon, 18, and daughter Alabama, 16, with ex-wife Shanna Moakler.

Barker previously revealed how being with Kardashian empowers him and helps him face his fears.

“It’s still something very new to me, but having something that gives me the strength and hope to be able to overcome things that were so traumatic in my life, it just says a ton,” he told Nylon in September 2021, referring to his first time flying since he was involved in a deadly plane crash in 2008. “She’s definitely that for me. I’m invincible when I’m with her.”