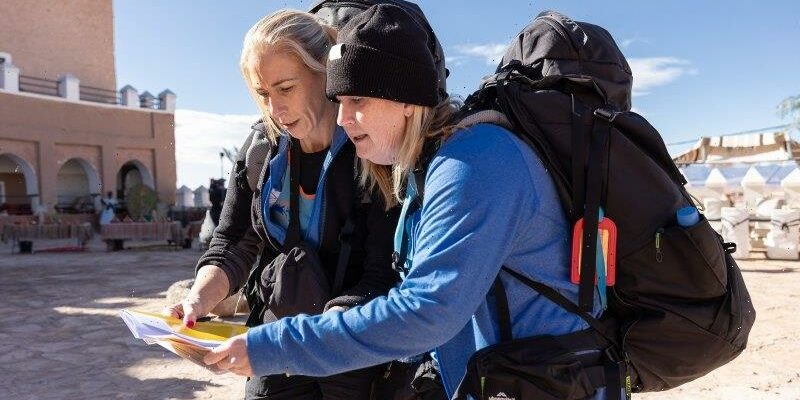 While shooting the latest instalment of The Amazing Race – which resumed its globetrotting format after pandemic restrictions confined the previous season to Australia – contestants and crew were besieged by a succession of calamities. Some were compelled to isolate while recovering from COVID, for instance, which threw production schedules into disarray. “You’ll have to wait and see how it plays out,” executive producer Tim Ali teases, “but it was definitely a factor.”

Keeping abreast of Australia’s ever-changing border rules was maddening enough, let alone the eccentric medley of regulations across Asia, Europe, South America, North America and Africa. In Morocco, one contestant had a panic attack while preparing to run across hot coals, hurl herself through rings of fire and body-slam her way through a brick wall. 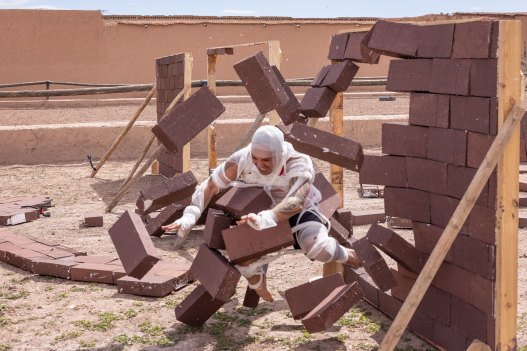 A contestant crashes through a brick wall as part of a challenge in the 2022 season of The Amazing Race.Credit:Ten

In Greece, a braying donkey liberated itself with a swift kick and had to be pursued through an ancient village. Sleep deprivation and physical exhaustion amplified minor tiffs into promotion-worthy slanging matches. And what began as a race to the summit of a mountain was thwarted by a howling blizzard, forcing authorities to evacuate.

“It was quite scary and dramatic,” Ali says. “We had to adapt pretty quickly but you see it all play out on screen. We ended up getting an amazing episode out of it.”

Yet, there was one ailment – something even seasoned travellers are not immune to – that did not trouble this year’s participants: homesickness.

“I didn’t miss Australia one bit and I think everyone felt the same,” Ali says. “There was no one saying, ‘Oh, I miss my Vegemite on toast.’ Because we’d all been locked up for so long, it felt like the cage had been opened. It created this incredible energy and it made the tone of this season a lot more competitive.” 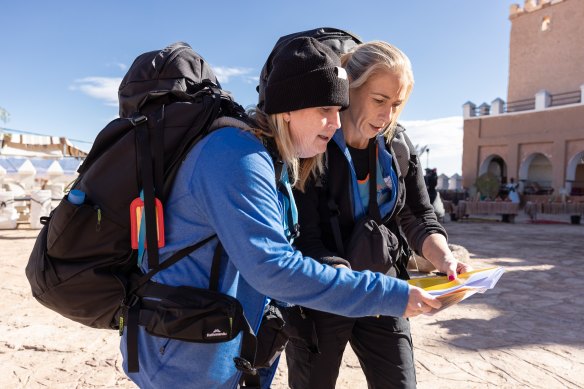 Jodie and Claire compete on The Amazing Race Australia.Credit:Network 10

The Seven Network was the first to adapt the long-running US format, airing three seasons between 2011 and 2014 before Ten screened its debut offering in 2019, with former professional rugby league footballer Beau Ryan as host. When borders began slamming shut in 2020, Ten changed to a domestic version, making a virtue of Australia’s diverse and often underappreciated landscapes. Nationally, that season averaged a healthy 874,000 viewers and proved especially popular with the younger demographics coveted by major advertisers.

Ostensibly, the series’ appeal is its race-around-the-world format, in which teams of two with pre-existing relationships (such as newlyweds, childhood friends, or a parent and child) try to decipher clues, conquer physical and mental challenges and navigate their way around foreign countries on a limited budget. Naturally, they rely on whichever forms of transport are available, from rickshaws and boats to commercial aeroplanes. This year, the first team past the finishing line wins two Isuzu cars and $250,000.

Perhaps The Amazing Race’s most enticing element, though, is its daydream-inspiring armchair travel; all those lavishly filmed vistas of ancient cities, fragrant spice markets, modern architectural wonders, jungles, deserts and snow-capped mountains. For a world that’s spent the best part of two-and-a-half years in lockdown, the chance to actually use one’s passport seems tantalisingly real.

“It feels like everyone I speak to is booking international trips,” Ali says. “When this show goes to air, that will inspire people even more. My own mother keeps asking me, ‘Should I go overseas or should I just wait?’ She’s in a real predicament but as soon as she sees this season, there’s no question she’ll book a ticket.” 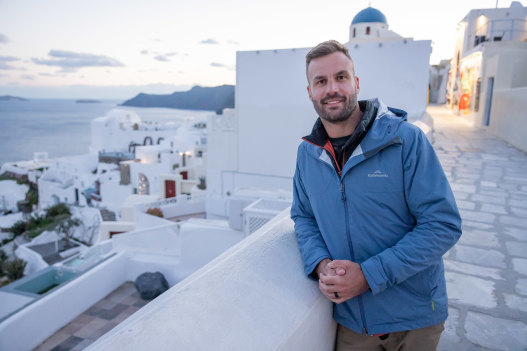 Beau Ryan, host of The Amazing Race on Channel Ten.Credit:Ten

Compared to previous seasons, there’ll be fewer sequences involving backpack-laden contestants sprinting through crowded terminals, not least because some airports denied permission to film. Although producers remain coy about the precise reasons, it’s not hard to imagine why certain airports – still reeling from years of COVID-induced chaos – would prefer not to draw attention to foot-stomping customers trapped in inert queues.

“We had so many different plans in place to deal with COVID and border closures,” Ali says. “We even had to plan for the possibility that we wouldn’t be allowed to be overseas again! Whenever a problem arose, we went on the front foot by telling the audience what was happening. They’re very forgiving when they see us make that kind of effort.”

In a world first for the series, 10 teams of two will start their journey in Melbourne while another 10 teams begin in Sydney – each oblivious to the other’s existence until they meet in a faraway locale. As always, local citizens play a big part in executing the challenges (such as a spice-guessing game in the first episode) and ferrying panicked contestants through clogged motorways and hair-raising intersections. 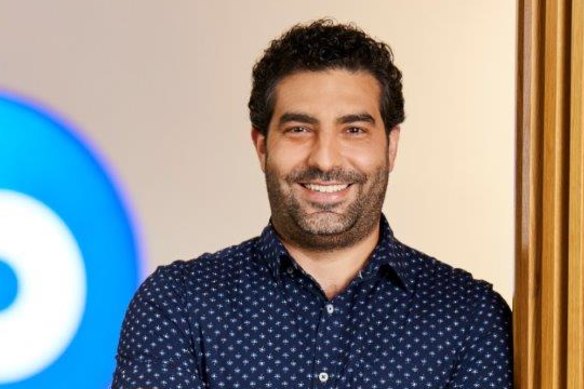 Amazing Race Australia executive producer Tim Ali says the show was spoilt for choice when it came to casting people of diverse backgrounds.

“There are fans of this show all around the world so wherever we went, we had people willing to help,” Ali says. “After being locked up for two years we wanted to go to places that were colourful and exciting and inspiring; places like Belize, Turkey, Greece, Colombia, Mexico and Morocco, which is my new favourite place.”

While a growing number of reality shows try to recruit beyond the stereotypically fair-skinned, hard-bodied contestants of yore, Ali says The Amazing Race is “spoiled for choice when it comes to casting”.

“There’s something about this show that really attracts people from diverse backgrounds,” he says. “It’s one of the main reasons people tune in; they’re just captivated by these amazing stories of people from all different backgrounds and upbringings.

“What it really comes down to is heart; to that little Aussie battler vibe. It’s about the relationships between [teammates] that get put to the ultimate test. It can result in conflict and some pretty testing times but that’s juxtaposed with some of the most amazing true love stories. They really are a heart-warming, inspiring and diverse bunch, and I can’t wait for Australia to get to know them.”