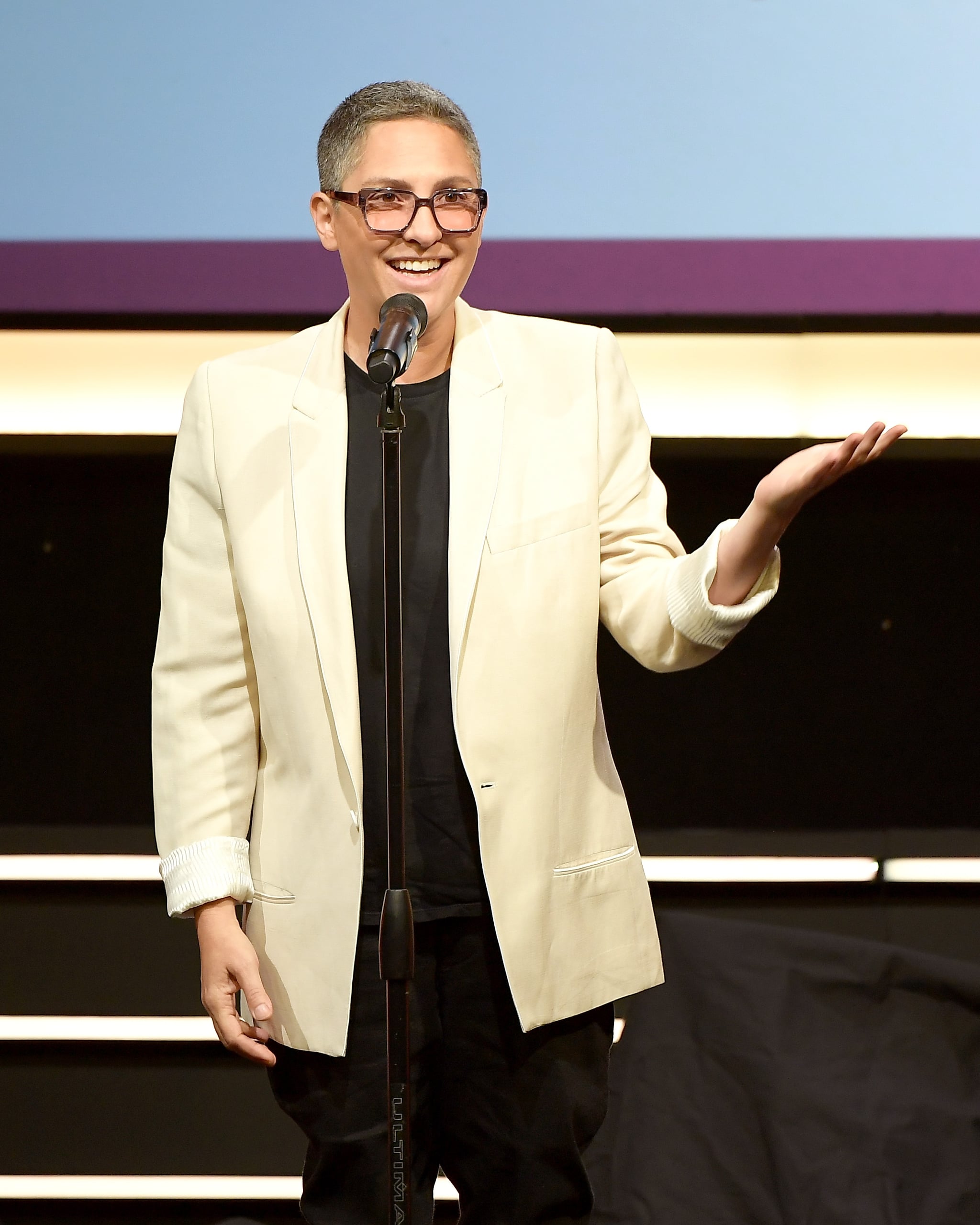 Jill Soloway is on a mission. The Transparent creator’s new book, She Wants It: Desire, Power, and Toppling the Patriarchy, is part memoir and part activist’s manual, tracing her own feminist awakening alongside her career evolution. For Soloway — who says “she” and “her” pronouns are “fine,” but “they” and “them” are “frosting” — toppling the patriarchy begins with drowning out the noise of division.

“The right divides us up so we’re all doing this kind of whack-a-mole — we’re protecting queer people, trans people, people of color, Jewish people,” Soloway told POPSUGAR Friday at the Wrap’s Power Women Summit in LA. “Everybody’s trying to put out the fires as all of the other-ized people are being disparaged. The truth is we all need to come together under one message of: we are all other, and what we have in common is love and tolerance.”

Soloway takes their own responsibility when it comes to creating the culture seriously — and admits they didn’t respond they way they should have in the wake of sexual harassment allegations against Transparent‘s former star Jeffrey Tambor. (Tambor, who denied the claims, was fired from the Amazon show following an investigation.)

“I learned that I wasn’t the leader I wanted to be, because I couldn’t pivot quickly enough,” Soloway told us. “I was definitely really, really focused on protecting my show, protecting everybody’s livelihood, more so than I was really able to take in the reality of what was happening. . . It took me quite a few months to understand that the thing I was hoping for, which was: ‘Oh, everybody jokes around on set. This was a joke, right?’ actually doesn’t hold water when you start to bring in patriarchy and white supremacy into the conversation.”

It’s clear that for Soloway, that realization prompted a major personal and professional awakening. The director and producer is currently contributing to Time’s Up’s 50/50 by 2020 initiative, a movement focused on achieving equity in Hollywood.

“Ninety-six percent of directors are white men. These are the people creating the culture that tells the whole planet how to feel about itself,” Soloway said. “Other people need access.”

Shortly after our conversation, Soloway joined Steven Universe creator Rebecca Sugar to talk about promoting that very access. Soloway also explained why she chose the title She Wants It for their book, which hit shelves in mid-October.

“The book is really about desire and creativity and leadership, and I had this kind of giant realization that as a director, as a producer, as a leader, you need to be connected to your desire all the time,” Soloway said. “But ‘she wants it’ is also a phrase that’s used by one man to another to justify sexual violence. ‘She wants it’ is a way that two men corroborate their perspective together and name woman as other. And, in fact, the question to me became, how can we be connected to our desire — as directors, as producers, as leaders — if our entire lives women are shamed for having any desire at all?”

Soloway appeared alongside #MeToo founder Tarana Burke, Anita Hill, Felicity Jones — who plays Ruth Bader Ginsburg in the upcoming On the Basis of Sex — and congressional candidate Katie Hill and more at the two-day Summit, which celebrated women in media, politics, and entertainment.