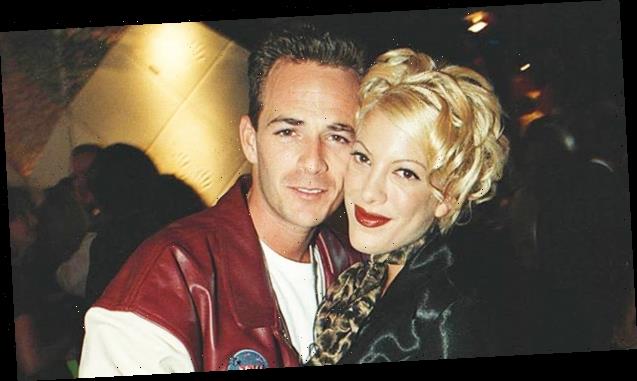 Tori also dished on a potential season 2 of the successful re-boot, plus, who would come back if they get the green light!

Fans loved this summer’s BH90210 re-boot, but one familiar face was greatly missed: the late Luke Perry, who sadly passed away after a stroke at only 52 earlier this year. His longtime co-star Tori Spelling — who co-created the series with Jennie Garth — believes Luke would have been proud of what they created. “[Luke] was a big supporter of the idea and encouraging me and Jen to take it out there and stick to our vision,” Tori revealed to HollywoodLife  EXCLUSIVELY at the Nights of Jack event in Malibu, CA on Wednesday, Sept. 3. Tori also previously admitted that the cast felt Luke’s presence while filming the series in Vancouver.

Tori’s late father, the legendary Aaron Spelling, created the original series back in the ’90s and this time around, Tori stepped into the Executive Producer role. “[The show] meant a lot to me. Jennie Garth and I co-created it and it’s something that we’ve been working on for almost three years at this point,” Tori, who played Donna Martin in the series, continued. “Really wanting to pay homage to something that was so special in so many people’s lives, but also at the same time do something new and you can’t repeat the past. That show was on a pedestal. There was no way to do it justice completely just redoing it 20 years later.” The original show is considered one of the most iconic television series of all time, and has become a cultural zeitgeist, particularly for people in a certain age group (Kim Kardashian, 38, revealed she’s a 90210 super fan).

The recent re-boot was initially confusing for fans, as the series didn’t see the cast reprise their roles as we know them — rather, they played heightened versions of themselves attempting to produce a re-boot. The series was still scripted, and drew comparisons to Tori’s popular mockumentary series on VH1, So NoTORIous. “We think what we created was a really nice blend of comedy and drama and soap we call it a soapidy, and we’re really proud of it. We definitely did it justice. We got to show people what our real relationships are like. Even though it’s fictional on the show, but they’re inspired by all the things and the relationships that we have,” Tori added.  “So yeah, we have so many storylines to tell.”

While Fox has yet to confirm a season 2, it certainly seems like the cast is ready for it. “The second season we’ll get into filming the reboots within then the show, so they’ll get a nice blend. But the real characters, the real actors playing themselves, it gets a little confusing. Sorry, in the show within a show with 90210. It’s hard to explain,” Tori explains, also confirming that if the series goes get the green light, the entire cast will return: “If it comes back, it’s all of us. We’re all in it together.”