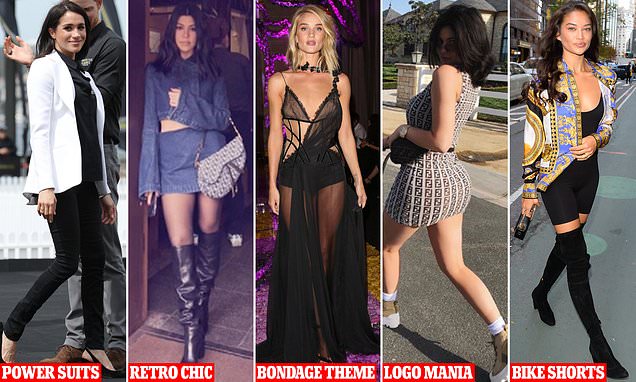 Revealed: The top celebrity fashion trends of 2018 including retro bike shorts and bondage chic – and Meghan has brought back the power suit

The top five celebrity trends of 2018 have been unveiled, and unsurprisingly the Duchess of Sussex has had a big impact during her first year as a royal.

According to global fashion search platform Lyst’s fashion report of the year, power suits were bigger than ever in 2018, worn by the likes of Meghan Markle and Blake Lively.

Meanwhile on the other end of the scale, bondage-inspired outfits and nude ensembles have been go-to outfits for everyone from Rosie Huntington-Whiteley to the Hadid sisters.

Elsewhere lively logo prints like the coordinating Fendi ensemble Kylie Jenner wore recently which matched her pram, are also all the rage.

And bringing back another nostalgic trend from the eighties, bike shorts have taken over our Instagram feeds, seen on the likes of the Kardashians and catwalk models.

The top five celebrity trends of 2019 have been unveiled, with power suits worn by the likes of Meghan Markle (pictured left) high on the list of celebrity-influenced trends and Lady Gaga (seen right)

From head to toe block brights to neutral toned jackets and pants, the skinnier cropped styles, to the bigger than ever two-pieces, celebrities have tried it all.

Meghan Markle, Rita Ora, and Kendall Jenner have been leading the suit trend, with online searches for women’s suits are up 87 per cent year on year.

And searches for women’s ‘oversized suits’ increased by sixty per cent the day after Lady Gaga wore a grey Marc Jacobs power suit.

Meanwhile there were over 20,000 searches for XXL look shoulder jackets globally in the past two months.

Power suits: Searches for women’s suits are up 87 per cent year on year after the look was championed by the Duchess of Sussex, pictured (left) in Altuzarra at the WellChild Awards in London in September. Right: Rita Ora in pinstripes in Berlin earlier this month

Celebrities have been channeling their inner nineties child, with the Dior Saddle BAG spotted on the likes of Kourtney Kardashian, Bella Hadid and Jennifer Lawrence.

Revival is a key theme this year, with many designers offering reinstated classics and brands really reinvesting in themselves.

Meanwhile Kim Kardashian inspired an 88 per cent surge of searches for the nineties Gucci thong in the 24 hours after she posted an instagram photo of her wearing it.

Elsewhere Gigi Hadid and the new face of classic label Tommy Hilfiger, Hailey Baldwin, have all had an effect on the brand’s cascade in demand. 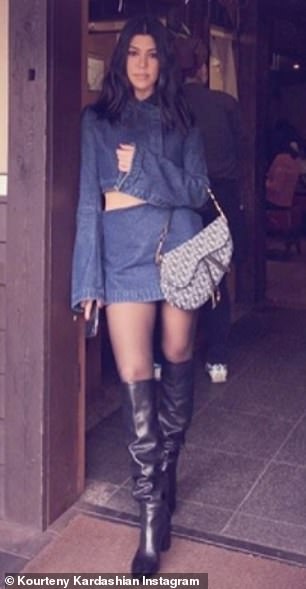 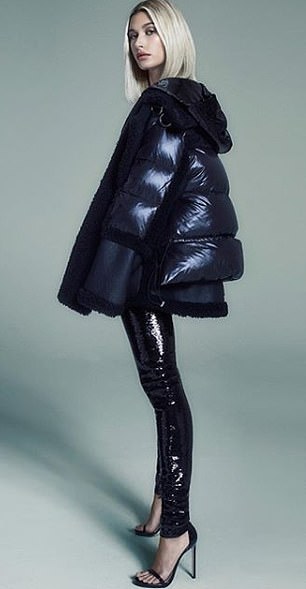 Retro chic: Elsewhere celebrities have been channeling their inner nineties child, with the Dior Saddle BAG spotted on the likes of Kourtney Kardashian, sparking a retro frenzy, and Hailey Baldwin (seen right) bringing back bomber jackets 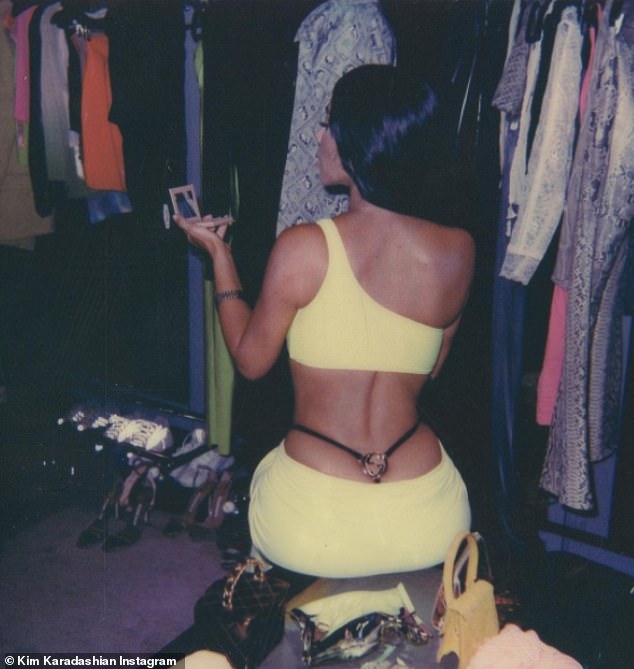 Sheer dressing, nude coloured bikinis and bondage style outfits have all been popular among the celebrity realm in 2018.

Some of the stars that have embraced the risque style include Cara Delevingne, Rosie Huntington Whiteley and Emily Ratajkowski.

Key swimwear colour search terms including ‘flesh’, ‘nude’ and ‘natural’ collectively are up 45 per cent year on year. 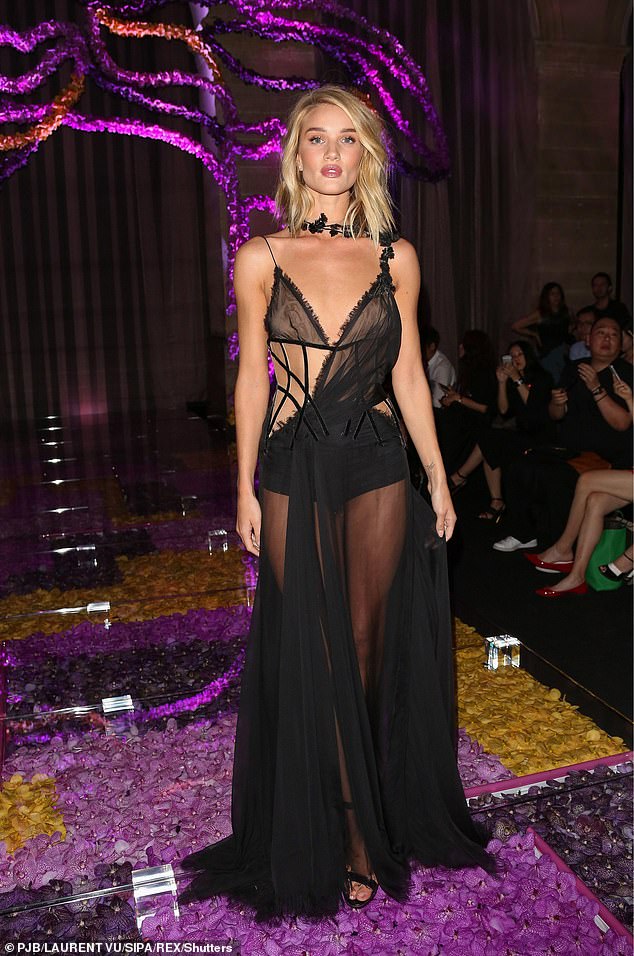 Naked fashion: Sheer dressing, nude coloured bikinis and bondage style outfits have all been popular among the celebrity realm in 2018, and Rosie Huntington Whiteley’s Versace dress was high on the list

The logo craze started gaining momentum in 2017, with Supreme and Champion leading the hottest logos of 2018.

Fendi’s double letter print catapulted back into the spotlight in February when both Kim Kardashian and Kylie Jenner posted photos wearing the designer.

Meanwhile when Kourtney Kardashian wore Faith Connexion X Kappa Side Panel Track Pants in an Airport in Tokyo in February, there was a 49 per cent increase in searches for Kappa track pants. 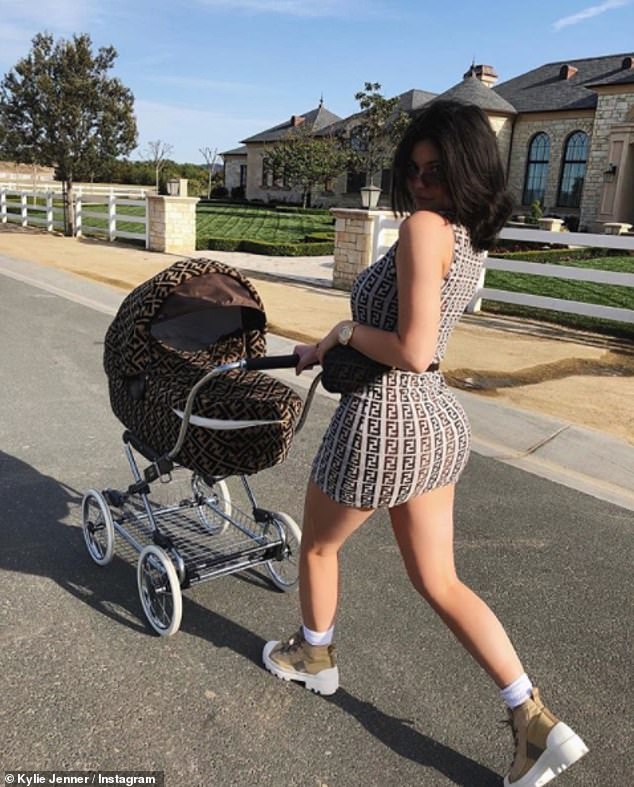 Logo mania: Fendi’s double letter print catapulted back into the spotlight in February when both Kim Kardashian and Kylie Jenner (pictured) posted photos wearing the designer 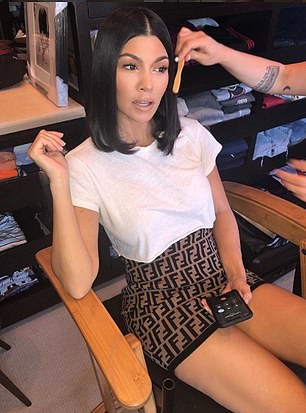 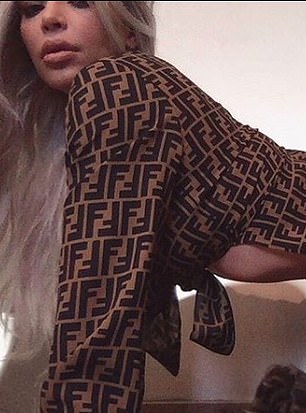 It’s been hard not to miss this lingering trend, originally made iconic by Princess Diana. 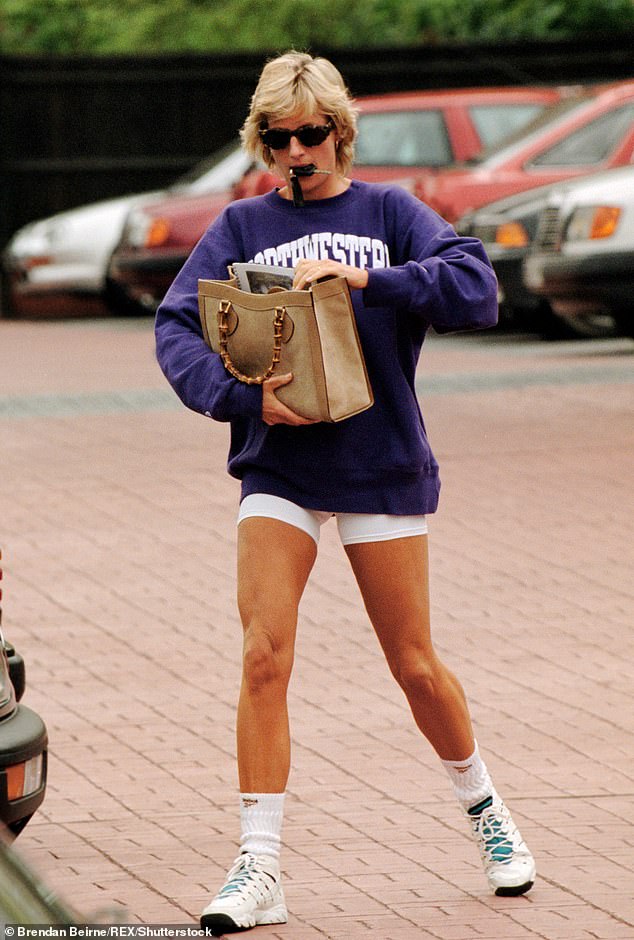 It’s been hard not to miss this lingering trend which has made a comeback, originally made iconic by Princess Diana (seen in 1996)