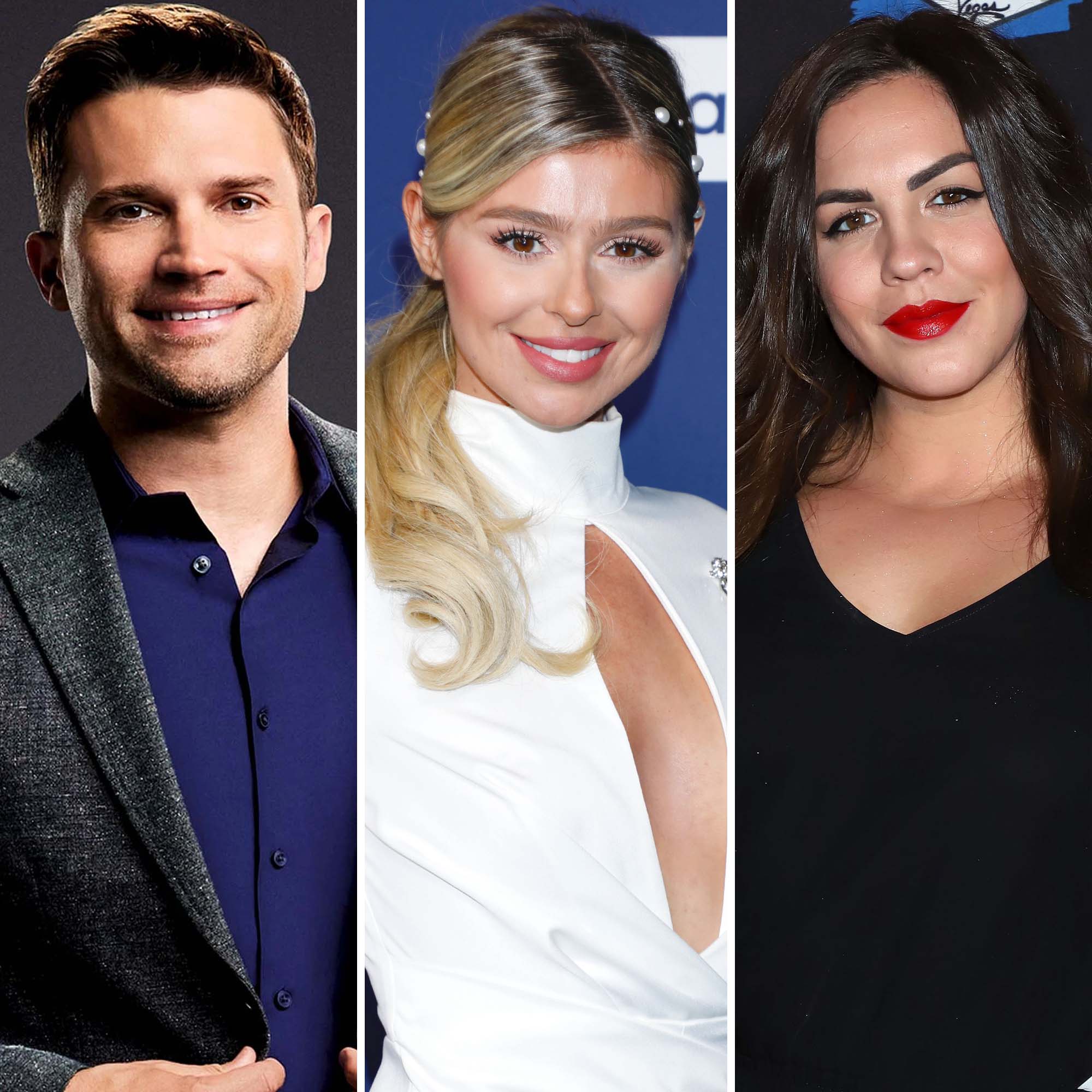 Planting the seeds? Tom Schwartz gushed about his Vanderpump Rules costar Raquel Leviss weeks before they hooked up at Scheana Shay‘s wedding to Brock Davies.

“She’s cool as s—t,” the TomTom co-owner, 39, said during a recent episode of Shay’s “Scheananigans” podcast. “Shout-out to Raquel.”

The Minnesota native went on to say that he felt like he overlooked the former SURver, 27, while he was in a relationship with Katie Maloney. Schwartz and the “You’re Gonna Love Me” podcast host called it quits in March after more than a decade together.

“I was so caught up in my own little world and I was married — I never took time to get to know Raquel,” Schwartz told Shay, 37. “She was always cool. I just never really took [the] time to invest in her. That’s a horrible way to phrase it. I never really gave her a chance. … She has so much depth and character. I think I wrote her off.”

Everything Raquel Has Said About Dating After James Split

The “Good as Gold” songstress and her Bravo costar also discussed the debunked rumors that he kissed Leviss at Coachella in April. Schwartz reiterated that he wasn’t at the music festival, while Shay asked him if he would ever “make the rumors” true. The Schwartz & Sandy’s cofounder replied, “I don’t know what to say.”

After Shay’s August 23 wedding, Us Weekly confirmed that Schwartz and Leviss “made out” during the festivities. “Apparently there was some heavy drinking involved,” an insider said, adding that they heard “through the grapevine” that “more happened” between the duo.

‘Vanderpump Rules’ Season 10: Everything to Know So Far

Schwartz’s estranged wife, 35, didn’t attend the ceremony, but she was in Mexico during the event — and she later implied that she wasn’t happy with what went down. “So happy to be home. My face says it all but for real … back in my safe place feels gooooood,” Maloney wrote via her Instagram Story on Thursday, August 25, alongside a photo that showed her looking less than pleased.

One week after Schwartz and Maloney announced their split in March, Us confirmed that the California native filed for divorce. “There wasn’t some crazy fight that resulted in this,” Maloney said of the split during an episode of her podcast earlier this year. “It was my decision, which was probably the hardest and most painful decision I’ve ever had to make.”