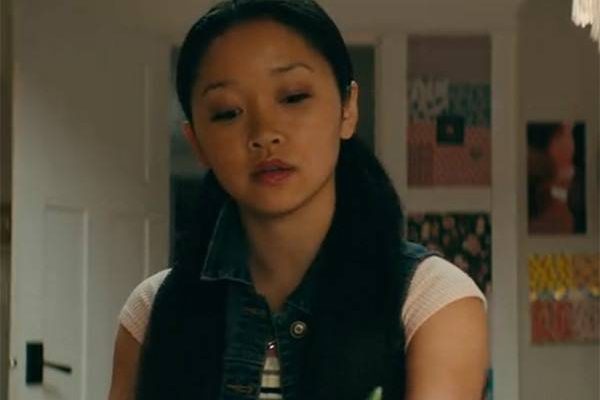 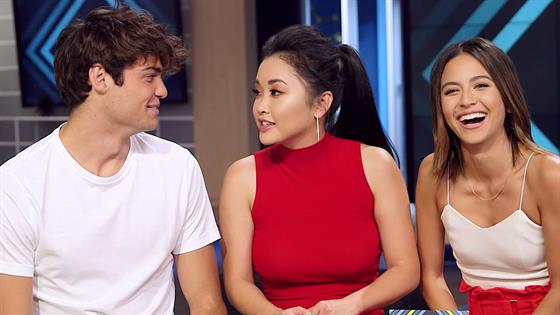 Break out your letters, knee-highs and Korean yogurt.

Three months after nearly breaking the Internet thanks to its rom-com cuteness, To All the Boys I’ve Loved Before has returned into the pop culture fray in the most unlikely yet delightful way: Halloween.

One of 2018’s most popular costumes has turned out to be Lara Jean Covey (Lana Condor), the heroine at the center of the Netflix hit movie, which isn’t surprising given how freakin’ cute and distinctive her wardrobe. A little whimsical. A little kitschy. A little vintage. Just completely adorable.

While it’s not exactly surprising for a pop culture character to become the inspiration come Halloween, having that character be an Asian-American girl is pretty groundbreaking–and is an idea TATBILB even touches on. 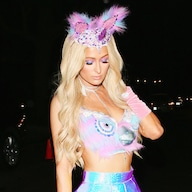 In the 2014 novel the movie is based on, Lara Jean, whose late mother was Korean, laments about the lack of costume possibilities for Asian girls when the spookiest holiday of the year rolls around: “There are very limited options for Asian girls on Halloween. Like one year I went as Velma from Scooby-Doo, but people just asked me if I was a manga character.”

In the book, Lara Jean ends up dressing as Cho Chang from the Harry Potter movies (Peter goes as Spider-Man BTW), saying, “I’m not going to win any contests, but at least people will know what I am. I wish I never had to answer a What are you? question ever again.”

In an interview with Teen Vogue, Han did admit she was a little sad to see the Halloween scenes cut from the movie.

I was hoping to see the Halloween scene, where she’s dressed up as Cho Chang and Peter’s dressed up as Spider-Man, but I think that Spider-Man was a rights issue with him being allowed to wear that costume in the movie,” she said. “I’m fine with that not being in there; I’d rather it be as it was, or not at all.”

But the TATBILB‘s author used Lara Jean’s quote about her Halloween struggle in her Oct. 27 tweet, the first of her ongoing thread of Lara Jean-inspired Halloween costumes, adding “Not this Halloween, Lara Jean.” Did you just get chills. too?

For Han, who has openly spoke about her push to cast an Asian-American actress when some Hollywood execs wanted to white-wash Lara Jean (along with her two sisters), seeing all of the costumes inspired by her character was a huge deal.

My response was I had like tears of joy,” she said in an interview with Buzzfeed.

In one tweet Han retweeted, a fan wrote, “In honor of @jennyhan , going to the Halloween party as the first protag I ever saw in a book with my actual ethnic background.”

“I think that it just made me think that this wasn’t a character that was available to people to dress up as until she existed,” Han told Buzzfeed. “And to see so many women sort of take that on and, like, embrace that and really proudly wear it was just very affirming.”

She continued, “The joy of it was seeing their faces. I saw the smiles and they looked so proud and joyful.”

Han called the casting process for the movie adaptation of her novel “an uphill battle,” but it was a necessary and worthwhile one.

“I’ve never seen an Asian-American girl be the lead in a teen movie before, so this is particularly meaningful for me,” Han told Bustle this summer. “It’s been such an uphill battle to get to this point. Early on, before the book even came out, there was interest in getting this story made, but when I insisted that the lead had to be Asian, the interest faded away. It happened again and again. So I’m so happy to be here now, with Netflix as my partner.” Of course, To All the Boys I’ve Loved Before, along with its two stars (Condor and Noah Centineo, Internet boyfriend of the moment), became a massive success, with the notoriously tight-lipped Netflix revealing it was one of their “most viewed original films ever with strong repeat viewing,” per Variety.

Pair To All the Boy’s I’ve Loved Before‘s success with the box office domination of Crazy Rich Asians and it’s clear this is a much-needed wake-up call that Asian-American representation is so important, and, hello, so popular with “mainstream” audiences. Now, this Lara Jean Halloween takeover just feels like the cherry on top.

Condor shared a link to one of the news stories about all of the Halloween costumes her character inspired on her Instagram Stories, adding, “This makes me so so so happy!”

Han has been sharing some To All the Boys I’ve Loved Before costumes on Twitter, including couples dressing up as Lara Jean and Peter Kavinsky, and friends dressing as LJ and her sisters. Oh, and some young girls dressed as Lara Jean, with Han accurately commenting, “I can’t.” We can’t either.

And, of course, our personal favorite:

Lara Jean Croft: To All The Tombs I’ve Raided Before

Lara Jean Croft: To All The Tombs I’ve Raided Before

To All the Boys I’ve Loved Before is available to stream on Netflix.