The “Bouncin’” singer, 28, is one of many stunning women featured in the 2021 Sports Illustrated Swimsuit Issue, on sale July 22.

She posed on a beautiful beach wearing a slew of sexy swimsuits, including a black latex one-piece with mesh sleeves by Yandy.

The “Rent” actress also modeled a gold lamé Lisa Marie Fernandez bikini ($275), a plunging D.Bleu.Dazzled one-piece ($350), a thong bikini by Lace by Tanaya featuring strings of rhinestones and more during her shoot.

“I feel like I manifested this because I’ve wanted to be in the swim edition since I was a teenager!!,” Tinashe shared on Instagram Monday, adding, “pretty cool to be the first independent music artist in the magazine and also the first woman with braids.”

She also marked the moment on Twitter, writing, “I told my mom when I was like 12/13 that I was gonna be in Sports Illustrated Swim edition someday, after I saw Tyra Banks on the cover. Full circle moment.” 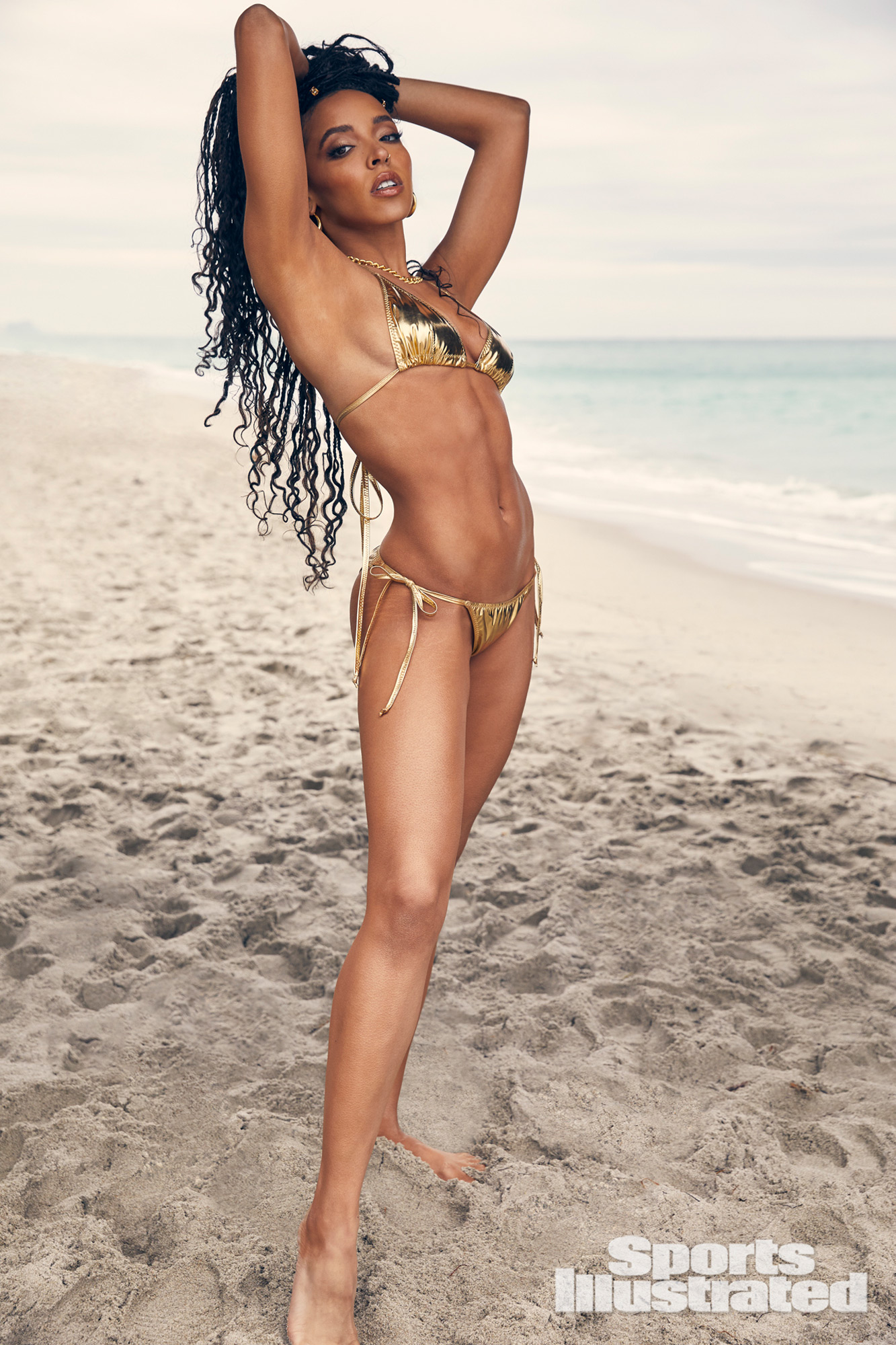 Tinashe isn’t the only star making history in the bikini bible this year; Megan Thee Stallion is featured on one of three covers of the issue, making her the only artist besides Beyoncé to ever do so — as well as the first rapper.

“The beautiful and powerful women are so inspiring,” Tinashe told the publication of her experience shooting for the issue. “So, it’s cool that they can continue it and have more music and artist representation. To be involved was a no-brainer.”

And while the “2 On” hitmaker is clearly confident in a swimsuit, she admitted that “it’s a growth process and comes with the continual practice of self-acceptance.”

Continued Tinashe, “As someone who has been in the game since I was a teenager, there have definitely been periods where I felt pressure to get plastic surgery. How am I going to compete with these people? You look at yourself and your body differently. As I’ve gotten older, I’ve just really accepted this is what I look like. This is how I’m built. I just try to own everything that makes me authentic.”