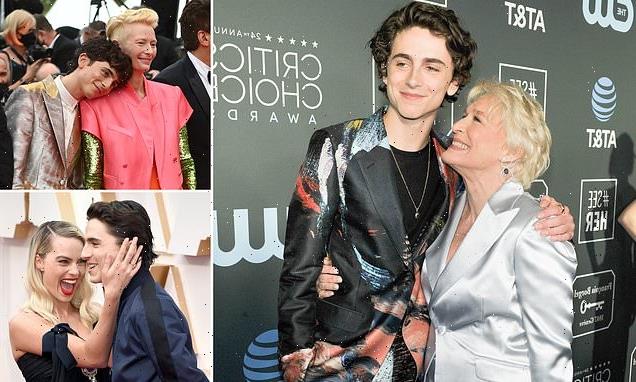 There was a bit of a stir frothing up the shingle down in Lyme Regis this month. A young actor by the name of Timothee Chalamet was in town, and word was going round the local womenfolk like a sourdough starter at book club.

Witnesses reported a gaggle of ladies jostling for a position on the quay to get a snap of the wispy thesp, who’s taking on the role of the young Willy Wonka, currently being filmed on the Dorset coast.

‘We’re here for our daughters,’ they protested, although I doubt anyone actually asked. ‘They’re at school, and they’d never forgive us if we didn’t get a picture.’

For their daughters? Absolute rot. Those women were there for themselves. I imagine there was a bit of squealing and elbowing going on, as this 25-year-old, for whom the word ‘brooding’ seems to have been re-branded, was plumbing depths no HRT patch has ever reached. 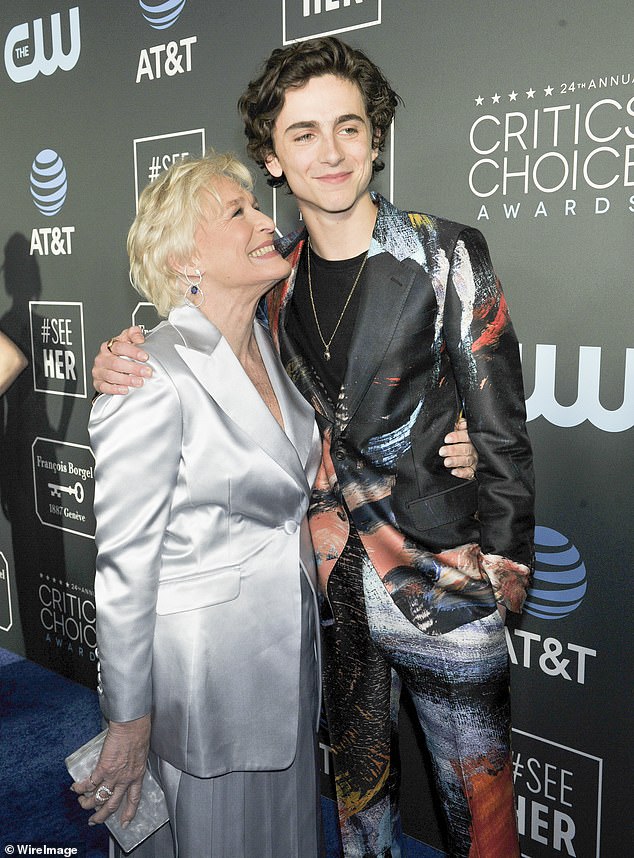 Julia Lawrence explores the charm of Timothee Chalamet, 25, after he attracted a gaggle of ladies of a certain age to the Dorset coast during filming. Pictured: Glenn Close and Timothee Chalamet

We all love him you see — and when I say ‘we’, I mean ladies of a certain age. And if you haven’t discovered him yet, my sisters, this is my gift to you.

Even the American-French actor’s name is delicious — try it out. Timothee . . . linger over each syllable. It purrs, it smoulders through a fug of Gauloises cigarettes in a Seine-side cafe. It takes your coat, pulls out your chair and calls you ‘cherie’.

Last week he was working his magic on the red carpet to promote the huge, sci-fi blockbuster Dune, which came out last Thursday.

Meanwhile, indie film-buffs can watch him in the new Wes Anderson film, The French Dispatch, where he portrays a student revolutionary who has a short romance with a journalist, played by 64-year-old Oscar winner Frances McDormand. And I’m not the only one to fall prey to his charms; Timothee has been charming his way round Hollywood’s best for some years now — women who could, with a bit of imagination, be his grandmother.

Glenn Close, Meryl Streep and Laura Dern were among the first to be seen mingling with him (aged 74, 72 and 52 respectively). Glenn Close was spotted getting very chummy with him at the 2019 BAFTAs, leading them to be dubbed ‘Glennothee’.

He’s been seen watching basketball with his Little Women co-star Laura. And Meryl Streep apparently latches onto him at A‑list ‘dos’ and parades him around, introducing him to people like a proud Nanna. 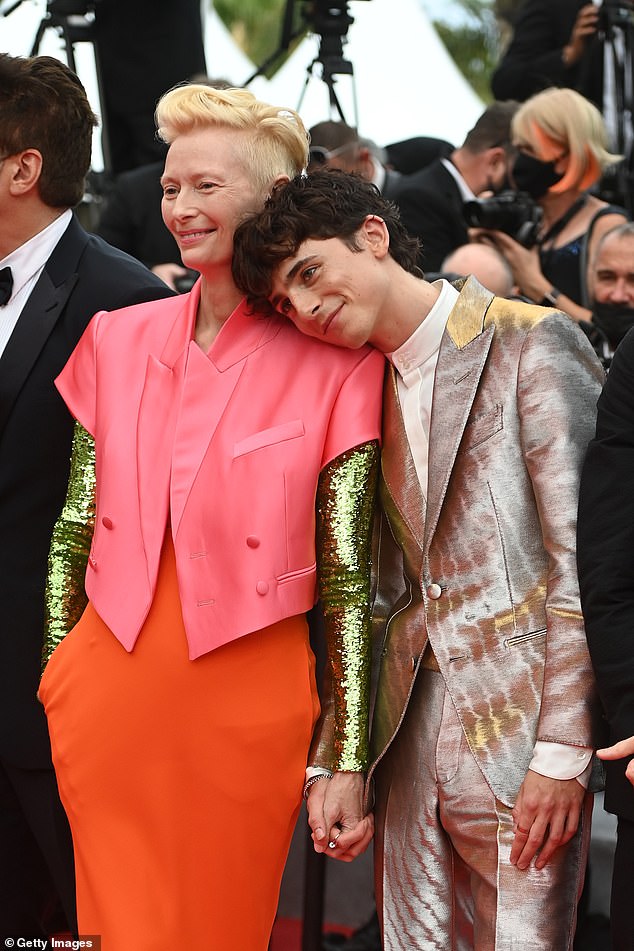 Oh, I’m not daft here. I know there was mutual professional benefit to be had for both parties, coupling up like this: the new hot young thing and the ageing Hollywood Titan, seizing the limelight by both ends of the tail. But they do seem utterly delighted by him. Not smitten, exactly . . . no that wouldn’t be right. They’re enchanted.

So what is it about him? He’s got the screen presence of James Dean or a young Marlon Brando — full lips, foppish chestnut hair, Bambi eyes and coltish limbs. He’s bilingual, multi-talented and, oh, he can act. My goodness, he can act.

In fact, it’s safe to say that film enraptured everyone in my family that night (we watched it together — awkward, yes I know; I hadn’t read the book). 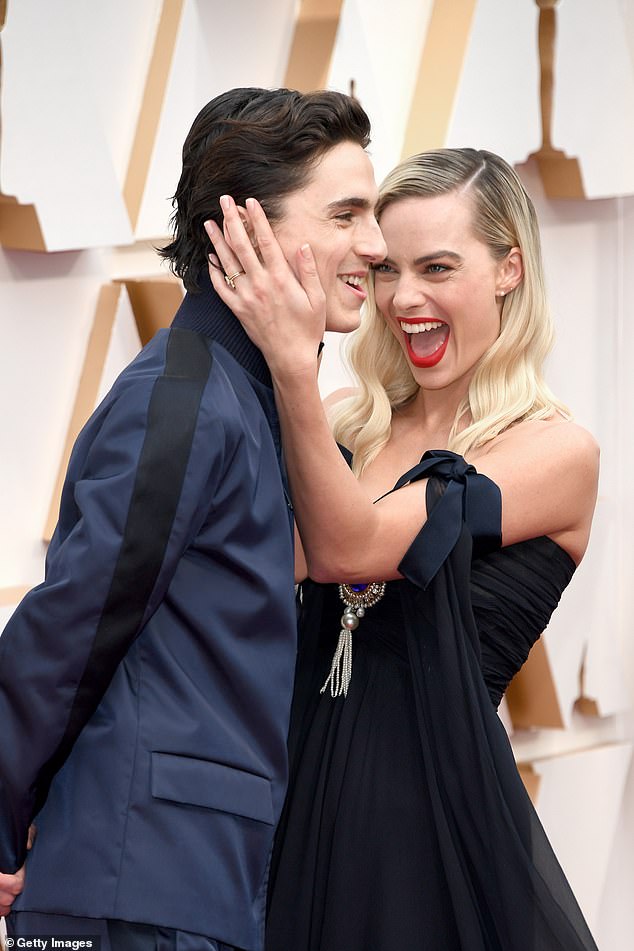 Julia said women of a certain age want to cook Timothee a Sunday lunch, ‘fatten him up a bit’ and send him home with a tupperware of homemade banana bread. Pictured: Timothee and Margot Robbie

His appeal goes way beyond the Sunday night ‘phwooarrr’ of Tom Hiddleston in The Night Manager and all that flesh in War And Peace. With Tim it’s different, we love him because we can’t have him.

We want to cook him a nice Sunday lunch, ‘fatten him up a bit’ and send him home with a tupperware of homemade banana bread. We want to stand next to him in a wedding photo and introduce him to everyone as ‘my gorgeous son-in-law’.

His role in Little Women, in which he played the romantic Laurie, utterly sealed it for me. Watching him beg for Jo’s hand in marriage, I wanted to dash in and shake her!

I read that Little Women’s director, Greta Gerwig (aged 38) boasts that she and ‘her friend Timmy’, as she calls him, can talk on the phone ‘for an hour or more without even realising it’. 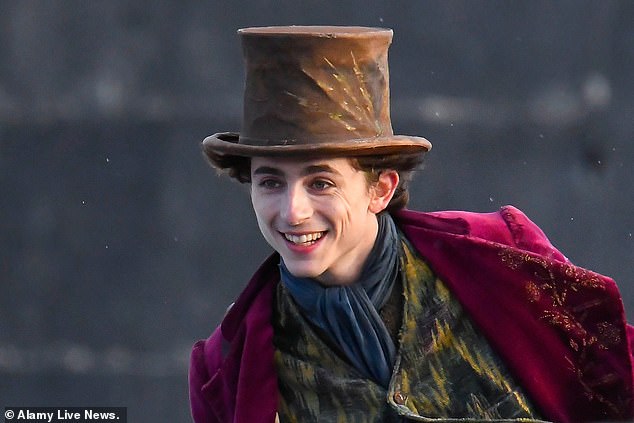 Have you tried speaking to a twentysomething year-old-boy on the phone? In my experience it goes something like this:

‘What have you been up to?’

‘Have you had your dinner yet?’