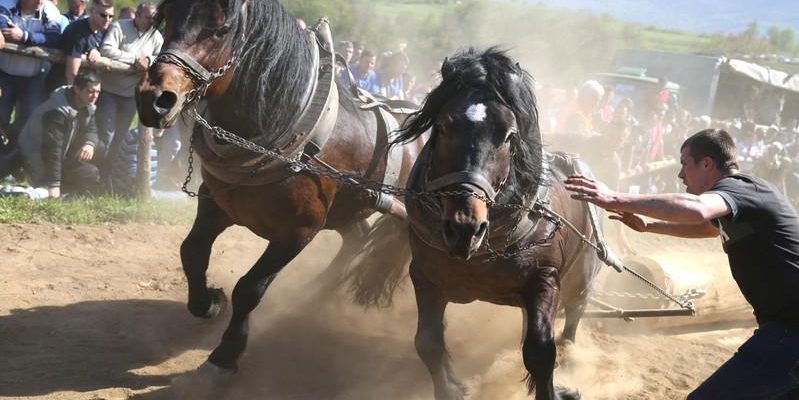 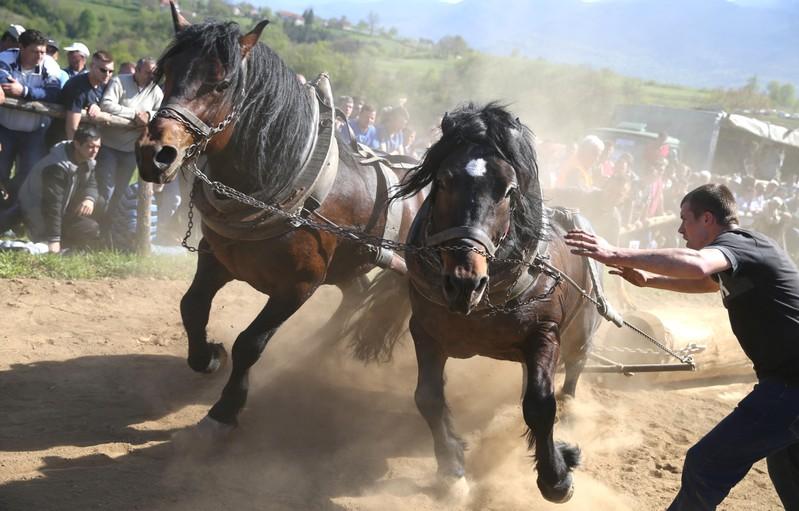 SARAJEVO (Reuters) – Several thousand people flocked to a private arena in northwest Bosnia on Saturday to cheer on their favorite horses during a traditional pre-Easter log-towing contest.

The twice-yearly Straparijada event in which pairs of horses compete in strength hauling heavy logs along a 100-metre track draws fans from across the Balkan country and neighboring Serbia and Croatia.

“I have been working in the forest with the draft horses for the past 10 years and spend all my spare time after work training them,” said Djurac Galic from the nearby town of Bosanski Petrovac, celebrating his second victory.

The horses compete in three different categories depending on the weight they haul, with the heaviest logs weighing about two tonnes. Folk singers entertain the mainly male visitors while they enjoy roast lamb on a stick, a Bosnian specialty.

Samir Alicic, the driving force behind the organization of the first Straparijada in 2012 in Izacic near the Croatian border, said he invested his own money and effort to build the racing arena and accompanying facilities.

Authorities in the regional center have recognized Alicic for his contribution to the sport and to tourism.

But organizations for the protection of animals have called for the contests to be banned, saying the horses experience pain, injury and fear.

Alicic and Galic both dismissed their concerns, saying a law introduced several years ago has prohibited whipping or beating of the animals and introduced fines for violations. A veterinary inspector checks all the animals in each race.

“A horse who does not want to pull logs will give up,” Galic said. “There is nothing wrong with this contest.”