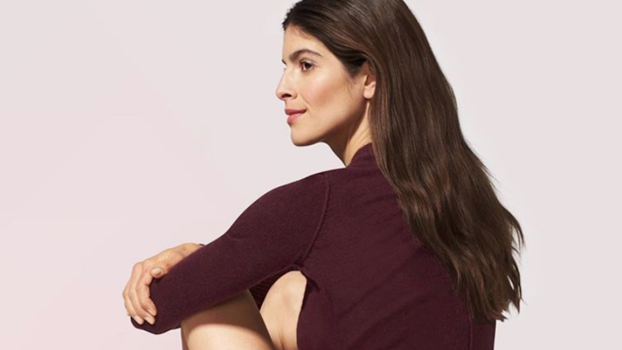 Underwear is a thing we have to buy. Like, there’s no getting around it, and it would be weird to try. But it’s also a thing we love to buy. A new pair of lacy panties, or a fresh three-pack of crazy-comfortable briefs can make our whole day.

We’re pretty much always on the lookout for our new favorite undies, and we think we may have just found them. Tommy John has been selling men’s boxers and briefs for 10 years, but it wasn’t until last year that the company broke into women’s underwear. With its covetable selection of thongs, briefs, cheekies, boyshorts, and more, we’re really glad they did.

As it turns out, we weren’t the only ones who celebrated the launch in a big way. When Tommy John’s women’s line went live on the site, it sold faster than expected — much faster. Within six weeks, the brand had sold through six months’ worth of women’s merchandise and shoppers’ enthusiasm showed no signs of slowing down.

RELATED: The Best No-Show Panties for People Who Hate Thongs

The site currently has over 1,700 five-star reviews on women’s underwear — its best-selling style alone, the Women’s Cool Cotton Brief, has over 125 glowing reviews.

“After my previous go-to faves of a different brand changed their cut, I have spent months and money trying to find the new perfect undie,” writes one reviewer. “These are the first I’ve found that meets every expectation — soft, comfortable, minimal vpl, don’t move at all, wash beautifully. The Pima cotton is silky and smooth, doesn’t cause fabric friction like basic cotton. Money well spent, I will be stocking up.”

Based on current sales rates, the brand is projected to sell two million pairs of women’s underwear before the end of the year. You can count us among those stocking up on the comfortable undies in at least one of every style, priced between $20 and $30 a piece.

Shop the best-selling underwear at TommyJohn.com.