If you love coffee, you probably know the struggle of trying to find, curate, and master the absolute perfect cup. Whether you’re big on home brewing your morning cup of joe or prefer going to the best neighborhood fix, the journey spent searching for your ideal coffee pick can be a long one. Luckily for us, there’s no shortage of new coffee trends or delicious additives made specifically for the drink. In fact, International Delight has a coffee product that just might turn out to be your newest favorite: Reese’s Peanut Butter Cup creamer.

International Delight’s candy-themed creamer has been in stores since 2017, but it’s never too late to try something new for the first time (especially when it’s peanut butter chocolate-flavored). The Reese’s Peanut Butter Cup creamer is available in a classic 32 ounce bottle and in creamer single containers. This means that you can enjoy keeping your creamer bottle in your refrigerator at home or take it on the go, so International Delight is pretty much making sure that fans of the product get the best of both worlds. For that, we thank them. Even if you’re on the fence about the creamer, it’s one of those things that needs to be taste-tested at least once. 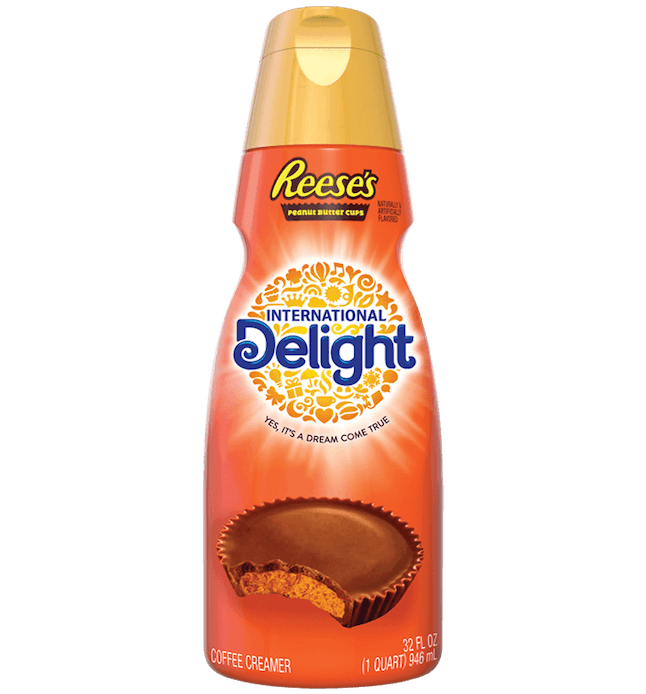 With 423 reviews for the Reese’s Peanut Butter Cup creamer on International Delight’s product page, it seems like customers have a lot of feelings about the item. While some reviewers remained skeptical of the creamer, it seems like the vast majority were pretty huge fans: "It is as if someone took a Reese’s Peanut Butter cup and dissolved it in your coffee!" one customer excitedly gushed (if that wasn’t enough convincing, the title of that review was "Nectar From The Gods Of Reese’s Peanut Butter Paradise"), while another maintained that the product had "quickly become the only creamer [they] want to use in [their] coffee." It’s official: I won’t be satisfied until I try this out for myself. 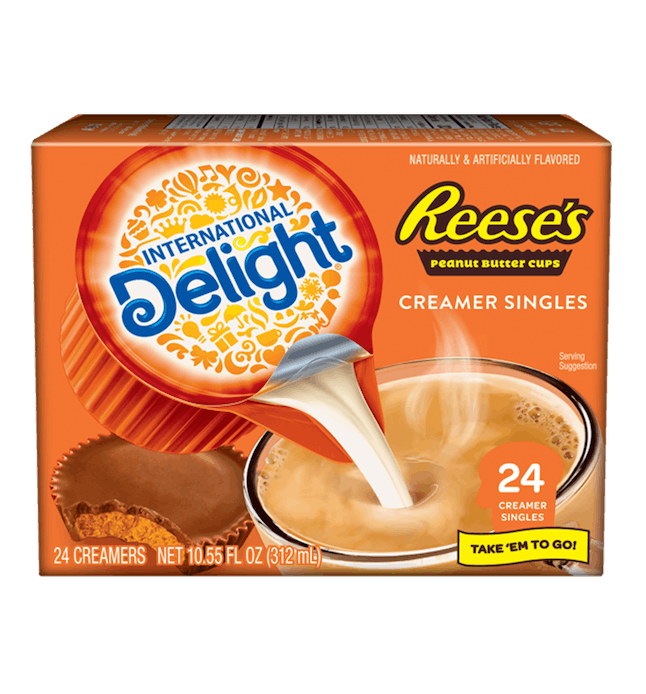 There’s a wide range of stores that carry International Delight’s Reese’s Peanut Butter Cup coffee creamer — you can pick up the product at grocers like Target, Walmart (where it retails between $3 and $4), or even online on Amazon. Intrigued by the world of creative coffee creamer flavors after discovering this one? International Delight has a lot of offerings that you might initially raise your eyebrows at, but end up loving after your first cup.

Right in time for Easter, International Delight will be releasing a Peeps coffee creamer. How exactly might that taste, you ask? According to its site, "It’s sweet, marshmallow-y and yellow. Yep, yellow. Because it’s PEEPS and we can." Fair enough. The company also sells a Cinnabon Non-Dairy Coffee creamer, which features the delicious taste of the famed cream-cheese swirled cinnamon buns. You can also get your hands on International Delight’s Hershey’s Chocolate Caramel coffee creamer — need I even say more about this one? If you like a hint of chocolate-y sweetness in your coffee, this one’s for you.

Spruce up your coffee order a little bit by trying out some of International Delight’s sweet-as-can-be creamer offerings.