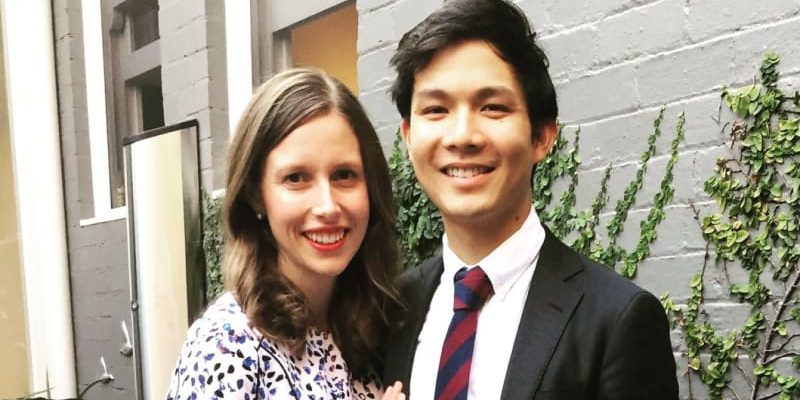 There was only one person in the world who knew the answer to the last question in Saturday's Good Weekend quiz: "will you marry me, Melissa Rose?"

And the answer was yes, much to the relief of the man behind the question, Dennis Neuen. 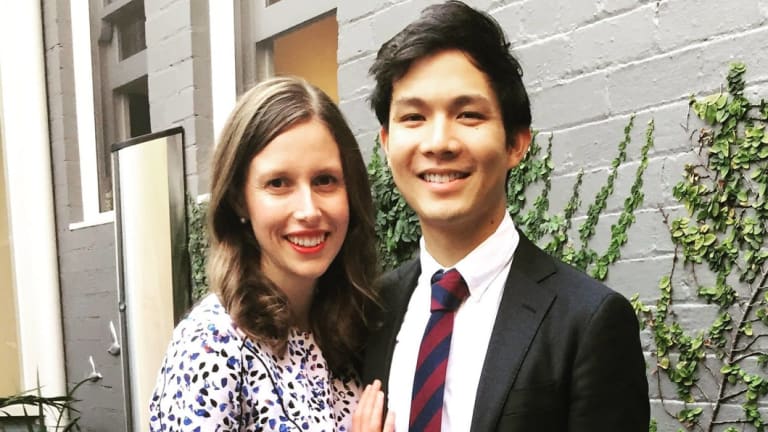 Dennis Neuen proposed to his girlfriend of three years through the December 8 Good Weekend quiz.Credit:Dennis Neuen

"I got up to 'will you marry me Mel' and I just started crying," Melissa Rosamond Godwin, 27, said.

When Dennis decided to propose to Melissa, he wanted to include a ritual they've had since they first started dating.

"We've been together for just coming up to three years and we've pretty much done the quiz religiously every week, it's always been the one thing that's been our thing," Dennis, 27, said. 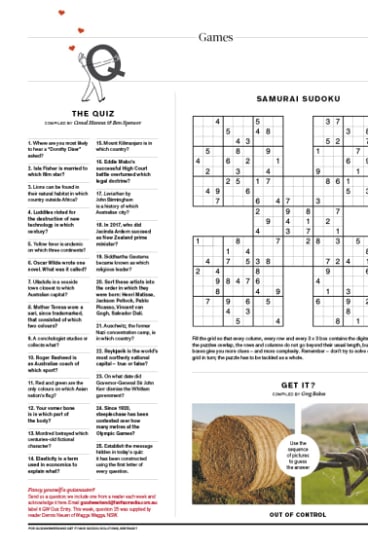 Can you spot the secret message?Credit:Good Weekend

So he emailed the generic address at the bottom of the quiz asking if it would be possible to get a mock-up that he could use to propose to his girlfriend, but the Good Weekend team wanted to make the real thing.

Ms Strickland said she's relieved she read Dennis's email in a very full inbox, back in September when he first contacted the magazine.

"We get so many unsolicited emails through the Good Weekend general inbox that I'm still amazed and thankful that I even noticed Dennis's email," Ms Strickland said.

"I think it's because it was so heartfelt and he seemed so lovely and genuine. I got instantly excited about the idea and sent his email on to our quizmaster, Conal Hanna and creative director, Tim Beor.

"Conal upped the ante, suggesting that rather than mocking up a pretend quiz, he could create a real quiz in which Dennis's proposal would be spelt out via the first letter of every question."

The hardest part was figuring out how to phrase the proposal in 25 letters, which they eventually did using a version of Melissa's middle name, and rewording all the quiz questions.

"Writing it was definitely a bit more challenging than normal," Mr Hanna said.

"Most of our quiz questions usually start with 'w', who, what, where, which and so on, and this one took a bit of creative thinking. I think keen readers probably noticed it seemed a bit unusual but I figured they'd forgive us when they got to question 25."

Everyone from subeditors to designers were brought on board to make sure no questions were changed at the last minute and Dennis was told it was a done deal when the magazine was sent to the printers eight days ago.

After finishing work on Friday, Dennis and Melissa drove down to Beechworth and walked down to the local newsagent on Saturday morning to buy a paper so they could do the quiz over breakfast. 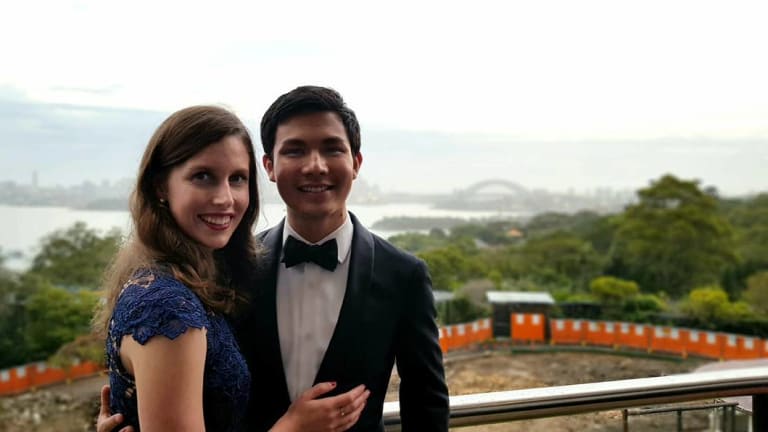 Dennis and Melissa have been doing the Good Weekend quiz religiously for the past three years.Credit:Dennis Neuen

"We got up to question seven or eight and then breakfast came and Mel said, 'Let's eat', and I was like, 'No, we should finish it!'," Dennis said.

The couple said their families have bought several copies of the quiz and will frame at least a few.

Dennis and Melissa met in 2014, in the first year of medical school in Sydney when they were both dating other people, and became best friends.

Two years later, they finally got together, and Dennis said he knew he wanted to marry Melissa about six months into the relationship.

"Deciding to propose was a no-brainer, having been together for about six months, I knew this was it," he said.

"She's one of the kindest people I know, she's incredibly generous and incredibly intelligent, she won the university medal, she's beautiful. At the end of the day, she's just my best friend and has always been my best friend."

Dennis said the two of them have just gotten a puppy, are planning to buy a house and are eventually hoping to have children.

And for those who struggled to get to the last question, Dennis said that you're not alone.

"About 13 out of 25 is the peak that we've gotten together. Our lowest is about six, we don't talk about that." 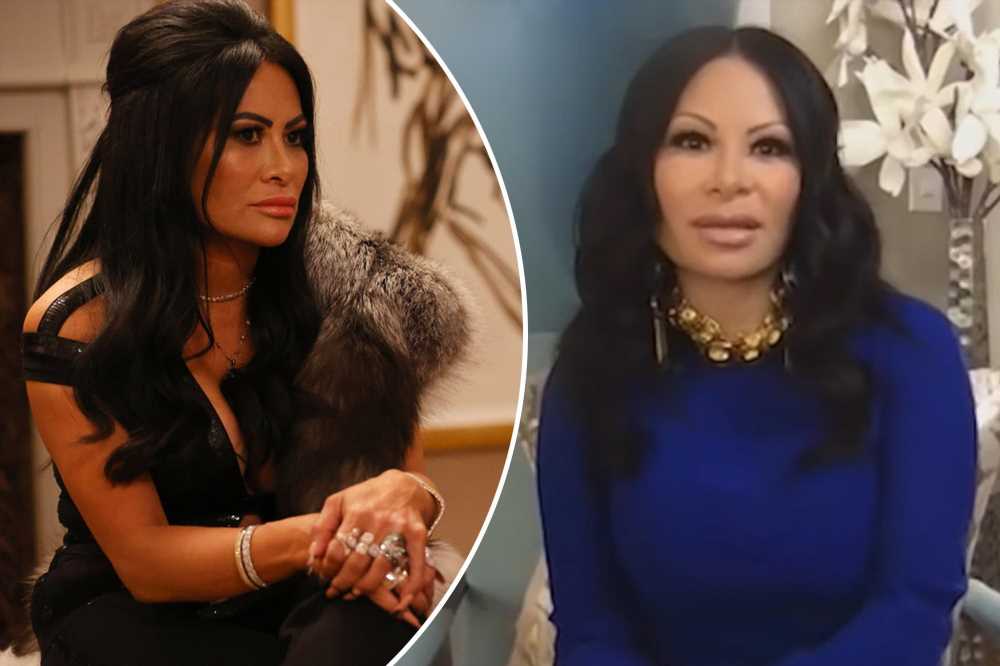