Most people who use it agree on that.

Hang out there long enough, and people will send you truly horrible messages. A 2015 study by Kick It Out found that, out of 134,000 abusive social-media mentions, 88 percent of them occur on Twitter.

When people aren’t being called names, they’re finding that foolish tweets are costing them their jobs and their money. Roseanne Barr’s hit TV show was canceled in May the same day she sent out a racist tweet about Obama aide Valerie Jarrett. “Guardians of the Galaxy” director James Gunn was fired by Disney in July after some of his old tweets joking about pedophilia and rape were brought to light. Elon Musk was fined $20 million and lost his board chair at Tesla in September after he tweeted that he was planning to take the company private at a share price of $420 — a slang term for pot he used to impress the singer Grimes, his girlfriend at the time.

So, why doesn’t everyone log off? (Gunn, Musk and Barr all still have active Twitter accounts, and the latter two have tweeted recently, with Barr offering this comment on the new spinoff of her show “The Conners”: “I AIN’T DEAD!”)

Plenty of people say they’re going to cancel their accounts and then find themselves back there within a few weeks or months.

What do we stand to gain?

Well, quite a lot.

I’m tempted to delete my Twitter account fairly regularly. But then I remember that it’s how I met the friend who introduced me to my husband. He met her through Twitter, too.
Twitter is full of stories like that. The #WeMetOnTwitter Hashtag tells of hundreds of people whose love or friendships began when they responded to each other’s funny tweets. CNN host Brian Stelter met his wife, Jamie, on the medium. Their baby now has a onesie that reads “started from a DM [direct message] and now we here.” I know, because they tweeted a picture of it.

Since Twitter is a medium that rewards being very candid about your feelings, it’s not a surprise that it leads to close relationships as well as those horrible messages.

Rather than dancing around hot-button topics trying to find out if you’re on the same page as your real-life acquaintances, you know where people on Twitter stand.

The opportunity to stop being polite and start getting real has a lot of the appeal. Jen Dziura (@jendziura), says, “I like that you can tell a stranger they’re filthy f–king wrong without later receiving a private message from a friend that’s like, ‘Donna is my aunt and she has a lot to learn but I love her.’ ”

The candor that Twitter fosters has launched multiple movements from #BlackLivesMatter to #MeToo that have wide-reaching, real-world impact. It’s given a platform to people who don’t always have one to share their truths. In doing so, and showing how many people are affected by these issues, it’s spurred massive organizational efforts.

There’s something to be said for any medium that makes people feel they’re not alone in their concerns. In September, Barr tweeted about an event she attended called “Is America a forgiving nation?” She is still rallying fans for emotional support — and perhaps a future comeback bid. The very medium that tanked her career could be the one to resurrect it.

And plenty of people have found that Twitter has helped launched their career in the first place.

Dana Schwartz, who created the Guy In Your MFA account on Twitter says, “Both my agent and my first book editor discovered me on Twitter through one of my parody accounts. I absolutely owe my writing career (or at least, the expediency of my writing career) to Twitter.” She’s now written two books.

The twitter account S–t My Dad Says was turned not just into a book, but a CBS sitcom. The Twitter account White Girl Problems spawned three books and a wine called White Girl Rosé. Twitter celebrity Jonny Sun just signed a three-book deal with HarperCollins, the third of which will be based on his account @tinycarebot.

If you’re someone who wants to get your words noticed — and that’s true even of people who don’t aspire to be professional writers — Twitter is invaluable.

Just as long as you’re willing to tolerate the downsides.

As its logo suggests, Twitter is a bluebird of happiness that just happens to descend occasionally to peck people’s eyeballs out.

As easy as it is to say that people should stop once they have enough success, who can say what’s enough in terms of friendships? Career connections? Fame? Every tweet you type could beget something great, or something disastrous.

But, because we’re all human, we’re apt to hope that the great will outweigh the disastrous. For all the ink spilled about whether Twitter represents the best of humanity, or the worst, the one aspect of our nature that it seems to irrefutably showcase is that we’re all gamblers.

Even when sometimes the losses, like Musk’s, cost $20 million. 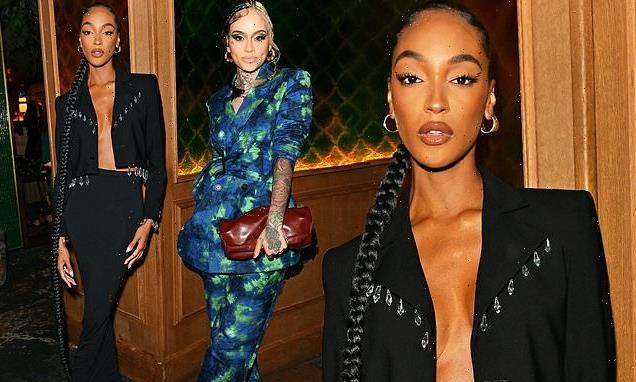