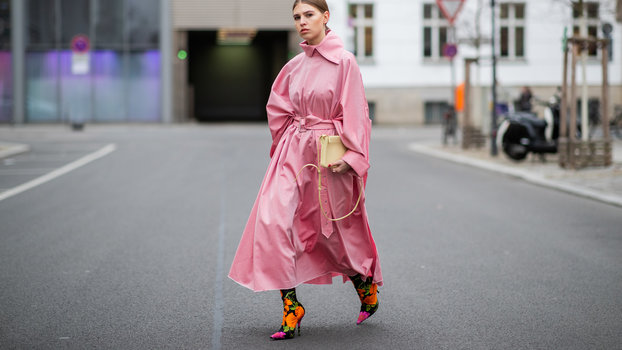 When you’re a fashion heavyweight like Balenciaga, your celebrity-touted boots and shoes almost never go on sale, let alone past 50 percent off. Today, though, the unthinkable has happened.

A handful of seriously incredible Balenciaga styles have gone on deep discount at Nordstrom’s Half-Yearly Sale. Yes, including those pink stretchy booties worn by Kendall Jenner (the calf-height version of the now-iconic glitter boots Michelle Obama just floored us with), which are currently marked down 70 percent. I’ll say it again: Seventy. Percent. Off.

The signature Balenciaga stretchy silhouette is known as the knife bootie, and its many colorways are a mainstay in the shoe closets of countless celebs including Kim Kardashian, Emily Ratajkowski, Rihanna, and Queen Bey.

But that isn’t the only celebrity-loved style on sale for 70 percent off — the super popular denim booties and the Prince of Wales check boots are also marked down 70 percent, as is a devastatingly chic white pump that you can get for less than $300 right now.

These styles typically run into the thousands, which is why a discount this extreme is a big deal. It’s also highly unlikely we’ll ever see markdowns this generous again. Shop the iconic booties at a huge discount below, and check out the rest of Nordstrom’s incredible shoe deals here.