In the realm of pizza, I usually like to try and keep things on the simple side. So it should come as no surprise that a classic cheese slice will forever hold a special place in my heart. But more recently, I’ve been trying to branch out in terms of what I order, and if you ask me, this expanded Papa John’s specialty pizza menu looks like the perfect place to start. It includes six new pizza pie varieties, and I’m honestly so hyped to try each and every one of them.

In case you haven’t heard, Papa John’s is undergoing the glow-up of the century, and I could not be more excited to witness it. The U.S. pizza chain is expanding their already-stellar Specialty Pizza menu from their seven original pies to 13, according to the brand. That’s right, the menu will feature a total of six new pies, and honestly, deciding on just one is going to be extremely difficult.

The first of the new specialty pies includes the Fiery Buffalo Chicken, and in my opinion, it looks so fire. According to the brand, the crust is smothered in Buffalo sauce, and topped with grilled chicken, bacon, onions, and mozzarella. Holy hot sauce. 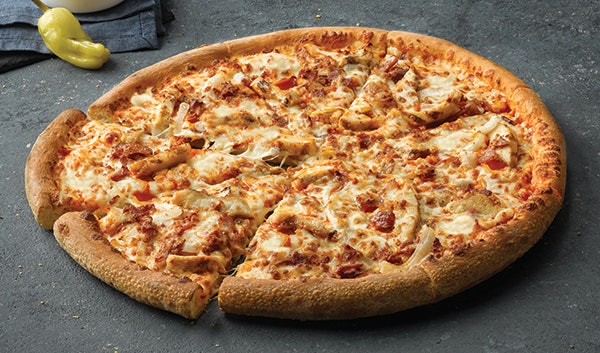 Next up is the Zesty Italian Trio, and it’s any meat-lover’s dream. According to Papa John’s, it features Italian sausage, salami, pepperoni, banana peppers, a three-cheese blend, mozzarella, and Italian seasoning. 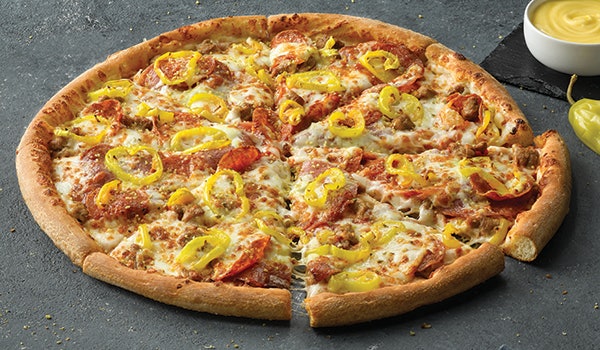 The Philly Cheesesteak, on the other hand, looks just like the classic sammy. According to Papa John’s, it features Philly Sauce, thinly sliced steak, a three cheese blend, mozzarella cheese, onions, and peppers. Go Flyers! 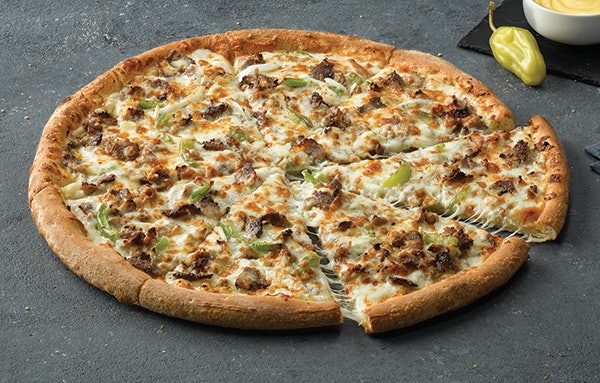 The Super Hawaiian will probably be a little controversial, but what can you do? According to Papa John’s, it includes pineapple, Canadian bacon, hickory-smoked bacon, a three-cheese blend, and mozzarella. Aloha. 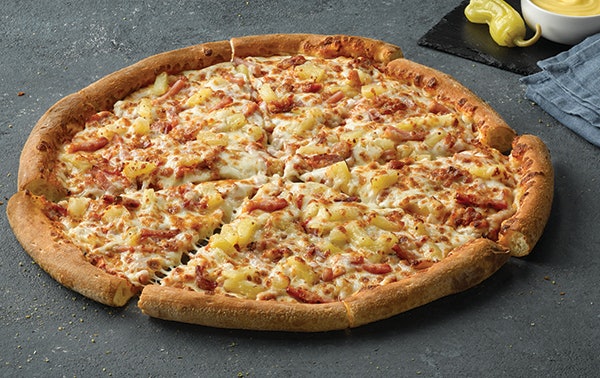 The Ultimate Pepperoni, on the other hand, looks pretty extreme. According to the brand, it features a helluva lot of pepperoni, a blend of parmesan and Romana cheese, mozzarella, and Italian seasoning. Wow. 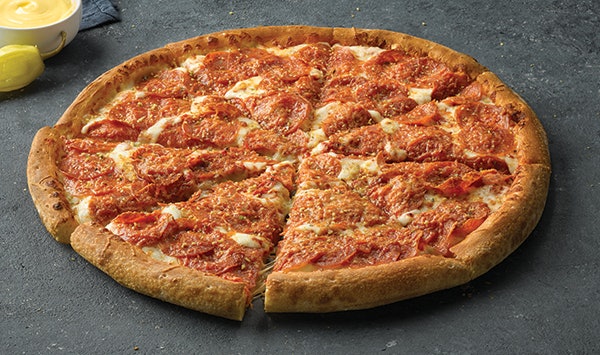 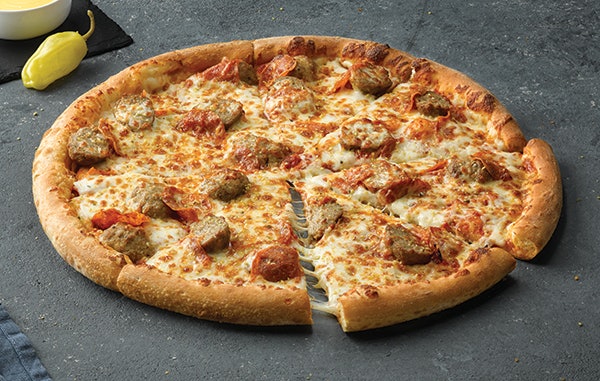 Papa John’s original seven Specialty Pies that you’ve probably come to know and love by now are here to stay. According to the brand, these include the Pepperoni, Sausage, & Six Cheese, the BBQ Chicken Bacon, the Garden Fresh, the Spinach Alfredo, and the Tuscan Six Cheese.

Each of these 13 specialty pizzas are currently available nationwide, but call ahead to make sure your nearest location offers the pie you’re eyeing. According to the brand, menus are subject to change based upon location, and not getting the pie of your choice would be a real drag. Also, the seven new pies are only around for a limited time, so get your hands on them as quickly as you can.

If you’re a plain Jane guy or gal like myself, ordering a cheese slice is always an easy way to go. But Papa John’s is really changing the game with these specialty pies. Deciding on just one will be extremely difficult, though, so I might just have to order all seven. Oh well.