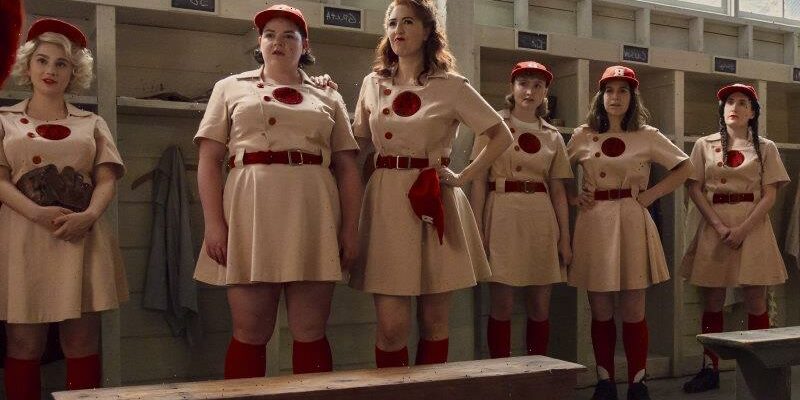 A League of Their Own ★★★★
Amazon Prime Video

At first blush it seems A League of Their Own is a mere retread of the 1992 film of the same name, widely and rightly regarded as one of the all-time great sports movies. But for all its virtues, Penny Marshall’s comedic take on the real-life tale of the All-American Girls Professional Baseball League that ran from 1943 to 1954 left something pretty major out of the picture – and this eight-parter sets the record straight, so to speak.

Like the film, this League focuses on one team, the Rockville Peaches. Unlike the film, it is very much a queer history. In some ways, it owes as much to the Ryan Murphy-produced documentary A Secret Love (2020) as it does to Marshall’s movie. 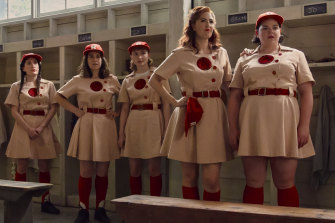 As one character remarks: “I bet 35 per cent of the league are queers.” But aside from Rosie O’Donnell’s ambiguous presence, Marshall’s movie skirted that fact entirely. (As a mark of just how much the dial has moved, O’Donnell – who did not come out until 2002 – crops up in a delightful cameo here as Vi, the butch owner of a secret gay bar.)

With Broad City’s Abbi Jacobson as lead and co-creator, this League puts sexuality, gender and race front and centre. It plays for laughs, but it has serious business on its mind too – namely, the isolation, fear and potentially disastrous repercussions that came with being gay in 1940s America, and the way the league served as a safe(ish) space for gay women to find themselves, a community and, in some cases, partners, albeit in secret.

Jacobson plays Carson Shaw, a married woman from small-town Idaho who runs away to join the four-team women’s league launched by candy manufacturer Morris Baker (Kevin Dunn) – a fictionalised version of Philip K. Wrigley – in a bid to keep his Chicago stadium busy while so many male players are away at war.

For Max Chapman (Chante Adams), the story’s second key character, that means a chance to play for the factory baseball team, just so long as she can convince the sexist coach to give her a trial. Oh, and to persuade her mother that there’s nothing wrong with her for wanting to play ball in the first place.

In fact, that was one of the key challenges the league as a whole faced: how to persuade the fans there was nothing wrong with these women for wanting to play ball. That’s why the players had to take deportment lessons, play in make-up and wear short skirts, no matter the loss of flesh from sliding for base. All in the name of convincing the public they weren’t lesbians.

Of course, quite a few were. Acknowledging that fact, and what it meant to live as a lesbian or a gay man or, as in the case of Max’s Aunt Bertie (Lea Robinson), as a non-binary person, is what this League is all about.

It’s not as funny as the film, it doesn’t tug as readily at the heartstrings, and it occasionally allows its characters to speak of the injustices they face with way too modern a voice (see Max’s friend Clance ranting against cultural imperialism and structural racism in The Wizard of Oz). But for the most part this League is a fresh and engaging take on a tale we only thought we knew.