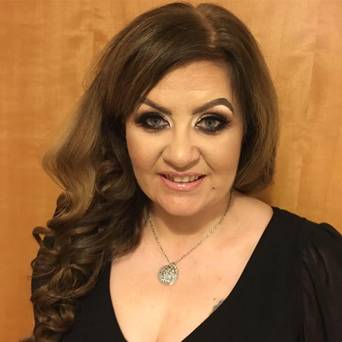 Amanda Teague’s story is not one you forget in a hurry. After all, she is best known for being the woman who married a 300-year-old Haitian pirate ghost.

Indeed, the marriage and subsequent separation made international headlines and she was invited on numerous chat shows to discuss their relationship.

But in recent months Amanda has been inundated with cruel and malicious messages – with people using tragic subject matter, such as the death of her infant son, as a source of abuse.

She is now speaking out about the trauma this caused her and has launched a campaign to prevent cyber bullying.

His death sparked Amanda’s interest in spirituality as she wanted to know that life existed after death.

She says that trolls have made disrespectful and deeply upsetting comments about her infant son. Understandably, she has found this extremely triggering.

Amanda’s teenage daughter and her friends have also been targeted.

She now wants social media sites to take a more active role in monitoring and shutting down the actions of trolls.

“People will say I brought this on myself,” she said. “I don’t mind people disagreeing with me and my spirituality but when they comment on my dead son, and my daughter, or make malicious comments about my weight then it’s not an opinion, it’s a personal attack.

“You never get over the death of a child; you just learn to live with it – if you’re lucky. I have done that but when someone brings it up like that – it’s very upsetting.

“I want to start a campaign to stop this bullying and harassment.

“I have got death threats, people saying they want to burn down my house. I’ve had to move house, People saying horrible things about my son, or comments my children.

“But because they don’t use ‘danger words’, they can get away with it. These people are professional trolls, they know how to work around the system. These sites need to monitor these pages and realise the context of what is being said.”

Amanda said the last year has been a particularly challenging year as she had to undergo surgery after suffering from sepsis. Amanda said the comments left her feeling angry and upset.

“Luckily I have a thick skin but for someone who doesn’t this could be even harder….”