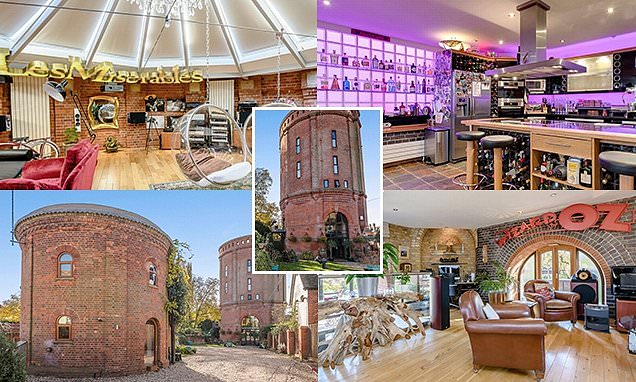 It’s a real showstopper! Two water towers in Essex have been converted into a £1.6m home for sale which includes two original theatre signs from the West End

It’s a unique five-bedroom home spread across six floors that prompts a round of applause from anyone who steps inside.

These two former water towers in the Essex town of Halstead were converted a decade ago by a developer who sold it to the current owners.

The current owners – a couple who work in the music industry – have put their own stamp on the home, including two hanging bubble chairs in the living room and several well-stocked wine racks in the kitchen.

There is also a large ‘Wizard of Oz’ theatre sign in one of the living areas, which originally appeared at the London Palladium in the West End, and an equally impressive ‘Les Miserables’ one that was in Leicester Square.

It makes for an ideal entertaining spot, with parties held during the past decade accommodating up to 250 people. 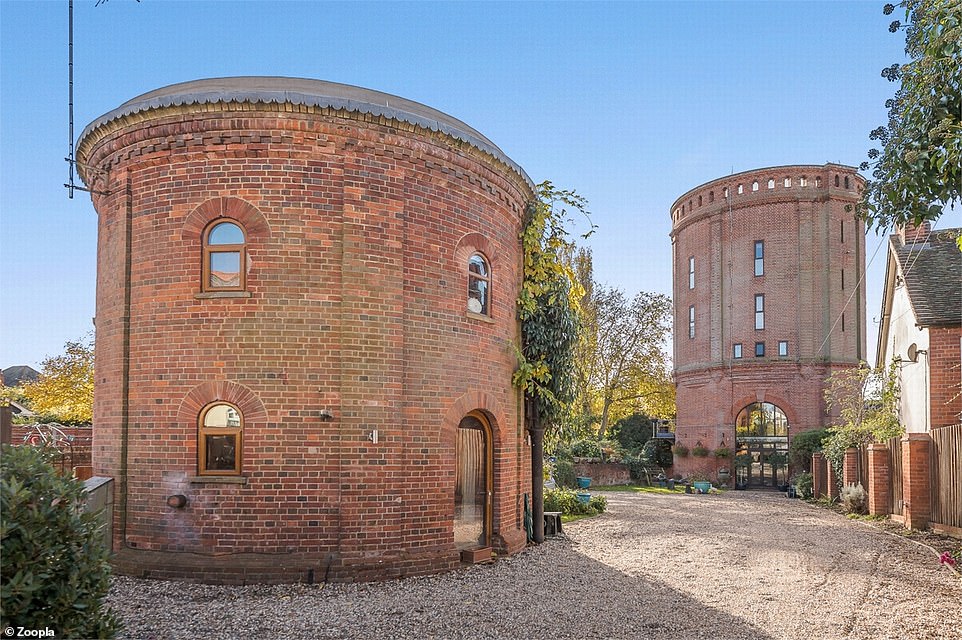 The two waters towers have been converted into a unique five-bedroom home in Halstead, Essex

The items were collected by the current owners who have travelled the world during their music career.

The couple – who preferred not to be identified – explained how they have loved living at the property since 2008 and are now moving as their children have left home and the house it too large for just the two of them.

The couple live in the main water tower that includes an impressive entrance door set in a glazed arch stretching across two levels.

They explained how their personal items, such as the photos on the walls, did not distract from the beautiful building that ‘takes your breath away’.

Parts of the tower have five foot thick walls, while the rest being ornate Victorian red brick. There is also an accessible rooftop with panoramic views. 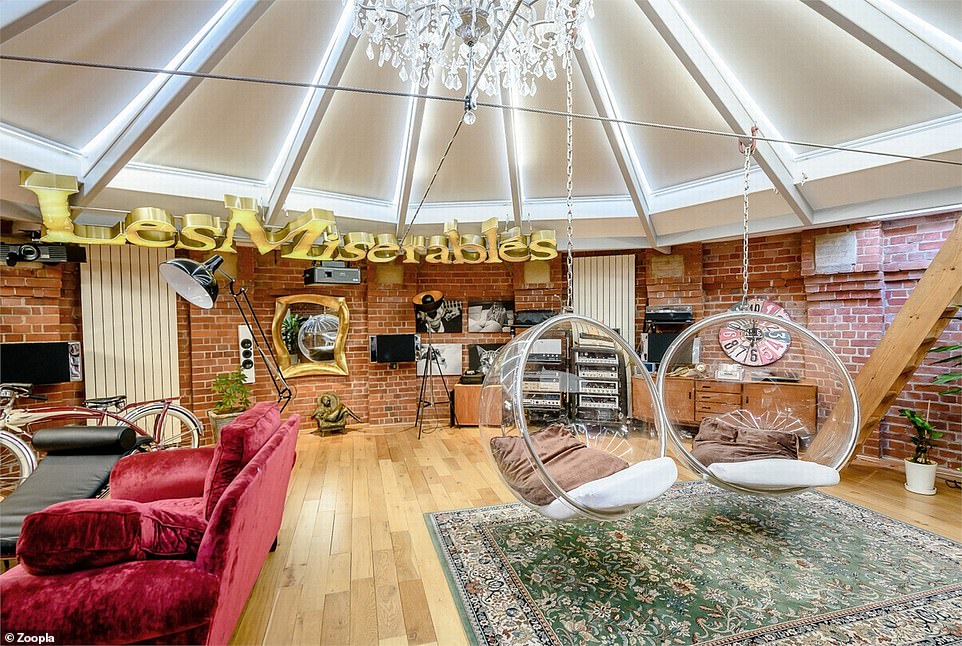 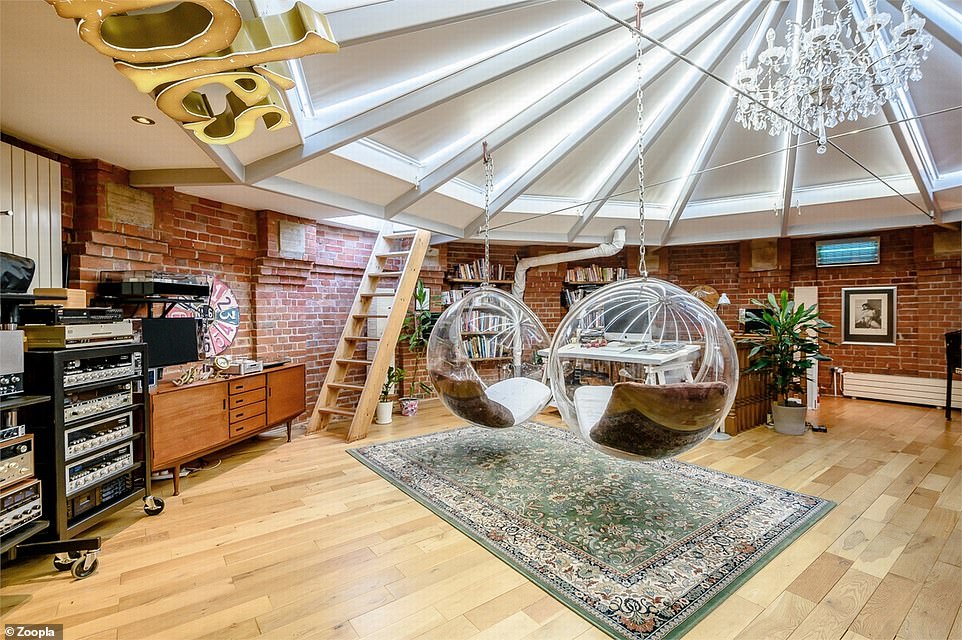 A designer touch: There are two bubble chairs handing from the rooftop in the living room 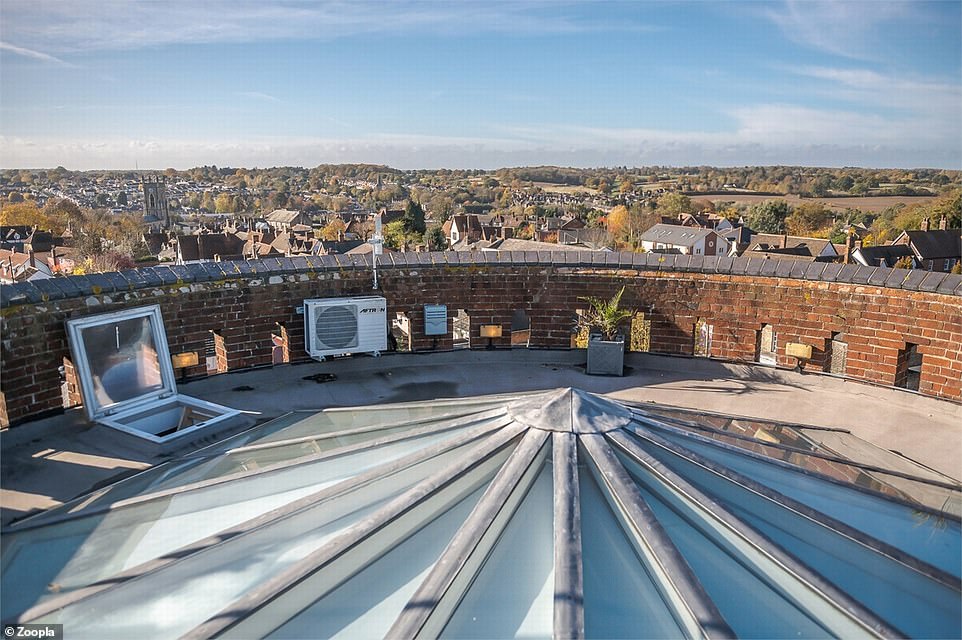 It makes for a perfect location for large parties, but the current owners are now looking to downsize. It means they cannot take all of their furniture with them and so are willing to negotiate with a buyer on selling some of the items.

HOW THIS IS MONEY CAN HELP

The couple rents out the smaller self-contained water tower, which dates back to 1888.  Local estate agents suggest the current rental value for this one-bedroom tower would be in the region of £850 a month.

The Courtauld family, one of the leading names in British textiles, built the second tower to supply additional water to its nearby yarn factory in the area.

In the other main tower, there are two staircases, with one clearly visible on all the floors. The other spiral staircase is hidden from view, making it perfect for use by staff or guests wishing to move unseen between floors when parties are in full swing. 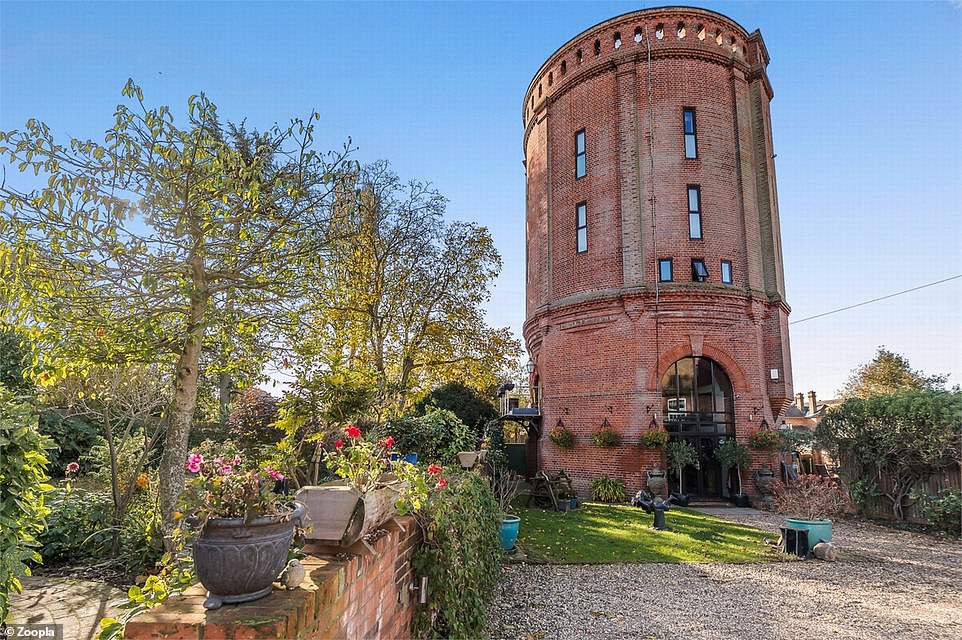 The property is on the market for £1.6million, with the sale being handled by estate agents Heritage 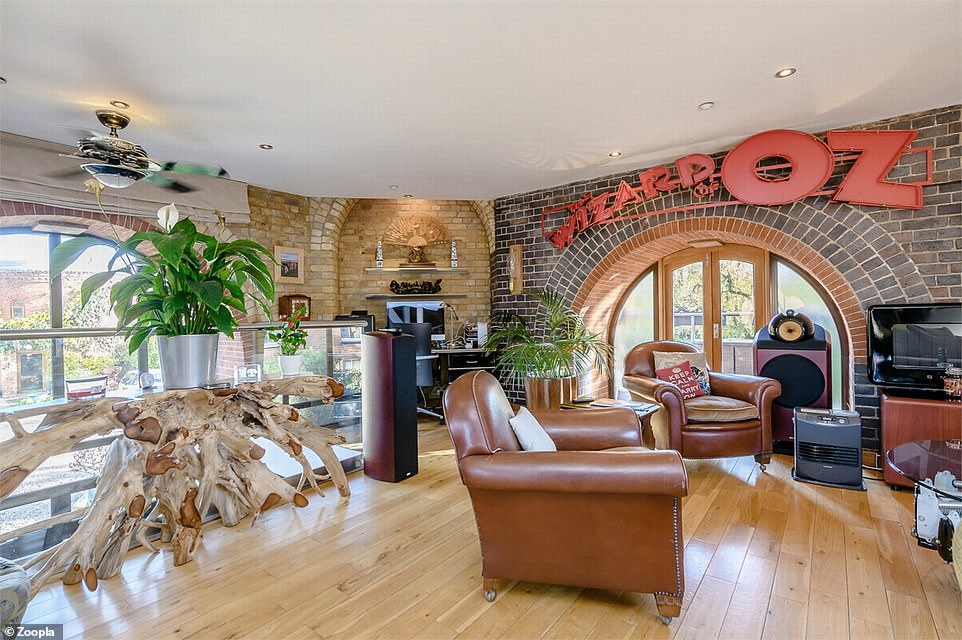 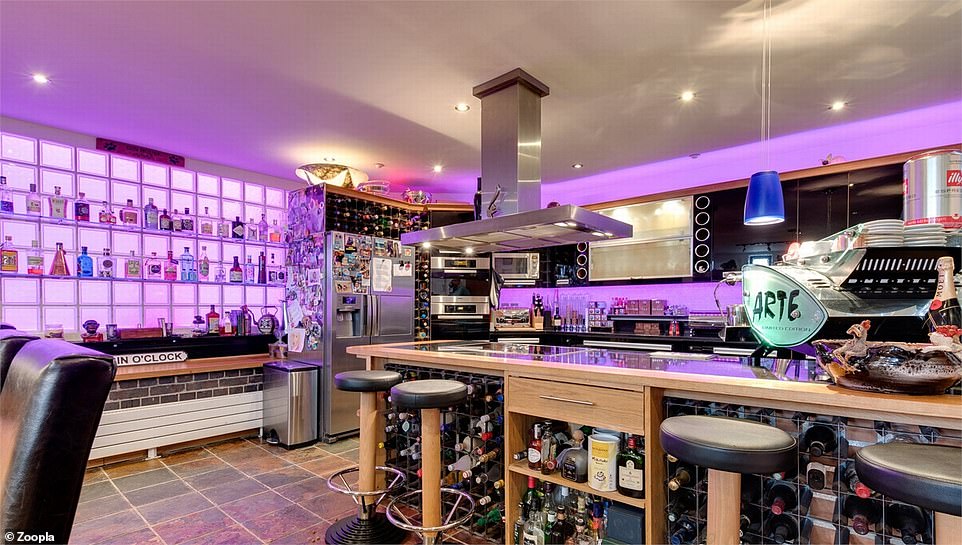 The house is an ideal entertaining spot, with parties held during the past decade accommodating up to 250 people 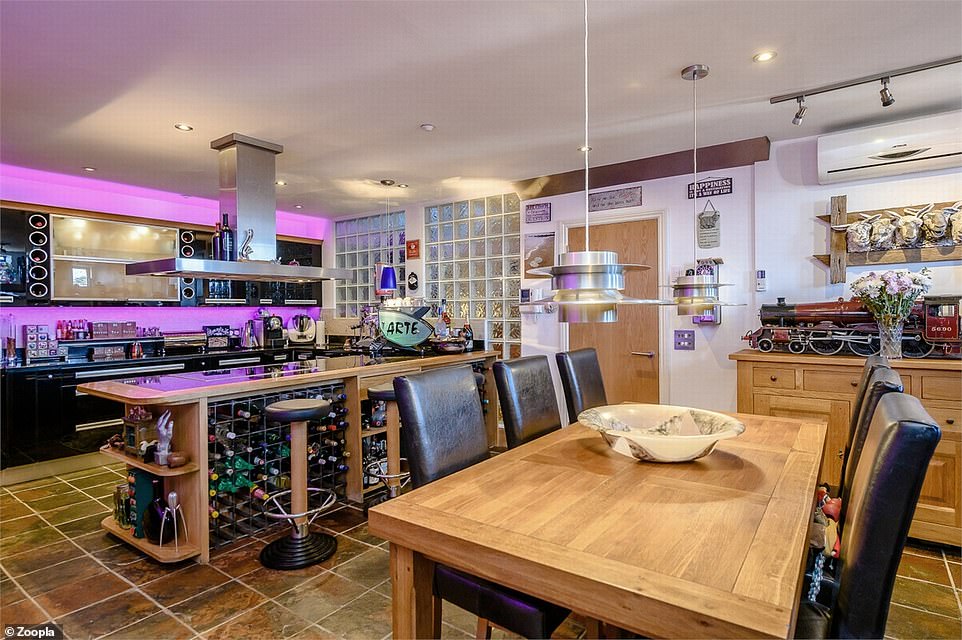 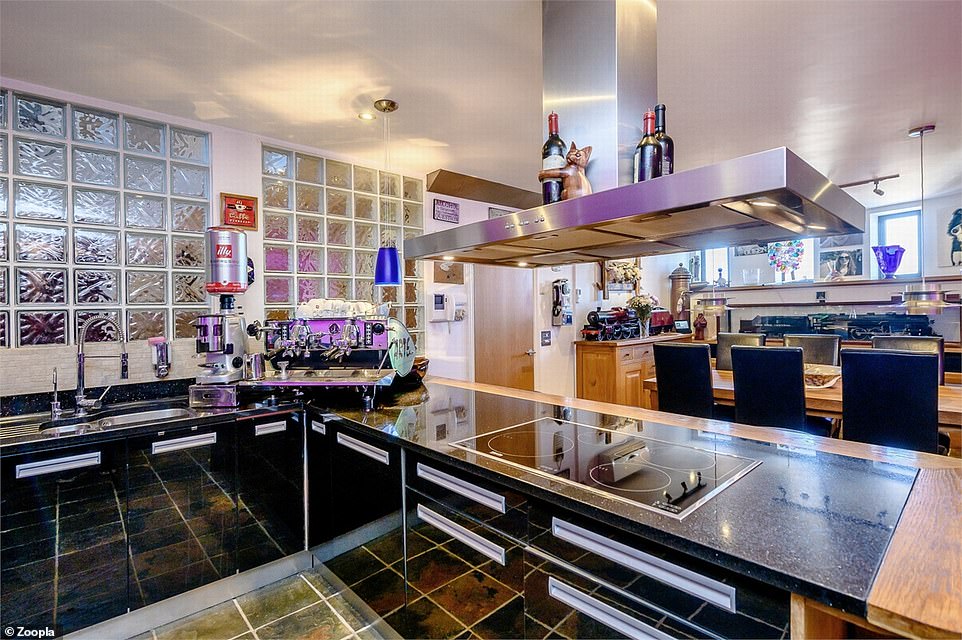 The property is on the market for £1.6million, with the sale being handled by estate agents Heritage.

The agent’s director Andy McManus said: ‘I have never seen anything like this property before and the conversion has been done to such a high standard.’

‘It will suit someone who is after something quirky, although it is functional and flows well. And of course, it is such a great house for entertaining.’ 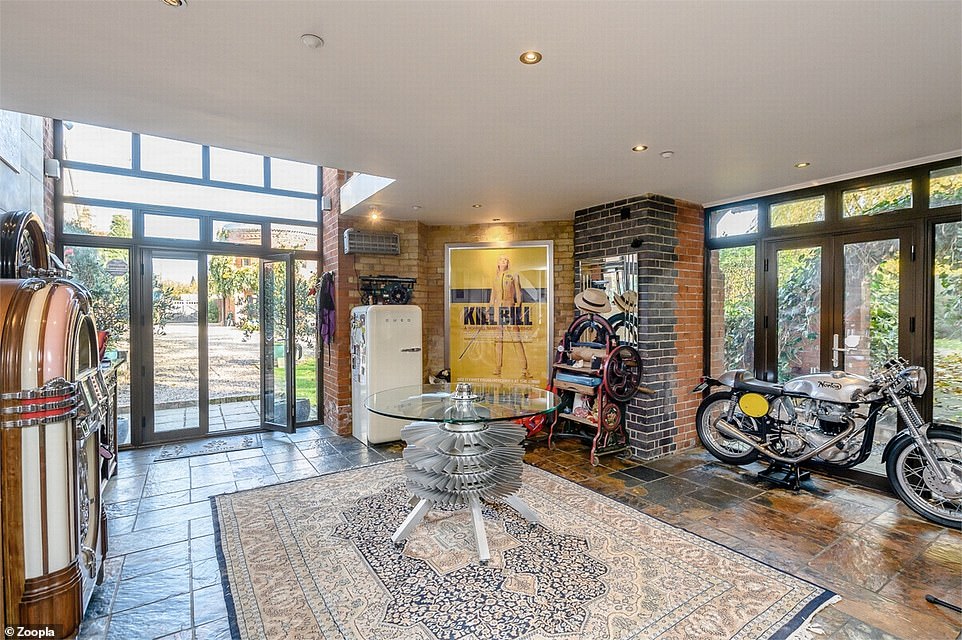 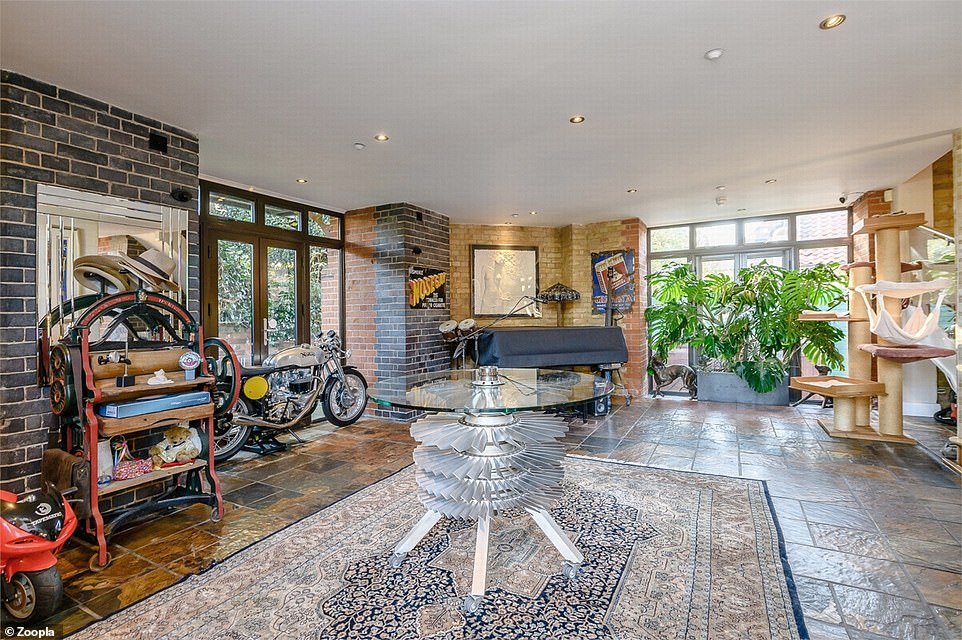 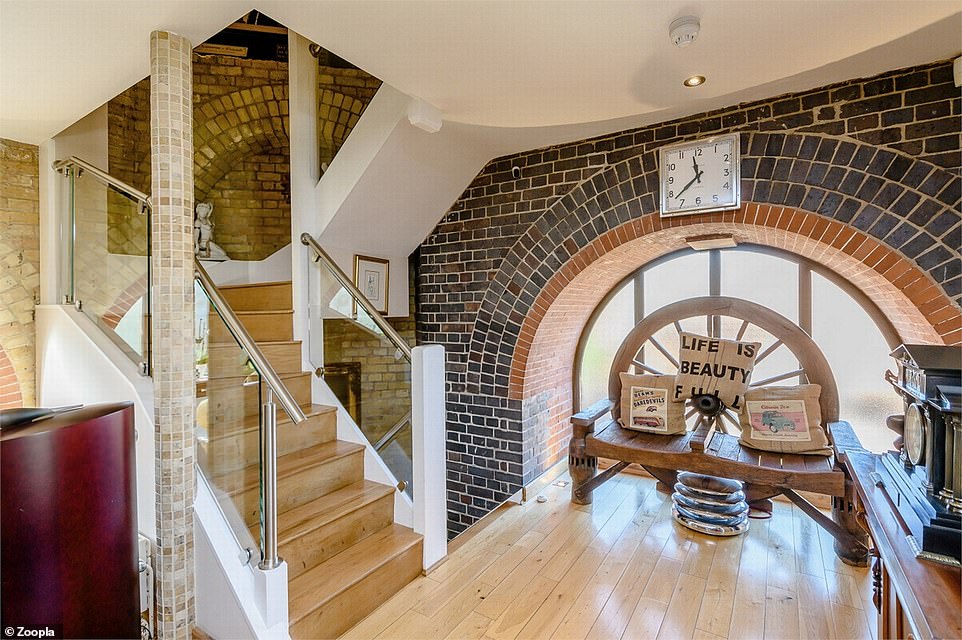 Outdoors there is a gravelled courtyard entered via double electric gates and a double garage. There is also a lawn, a patio with a seating area and a pizza oven.

Lawrence Hall, of property website Zoopla, said: ‘This property shows that even the most unusual and industrial of buildings can be adapted to become a beautiful modern home with tonnes of character, as long as you can get the planning permission of course.

‘Buildings built in the industrial revolution make prime candidates for conversions of this kind as the Victorians were renowned for building robust buildings from local brick, which were built to last.’ 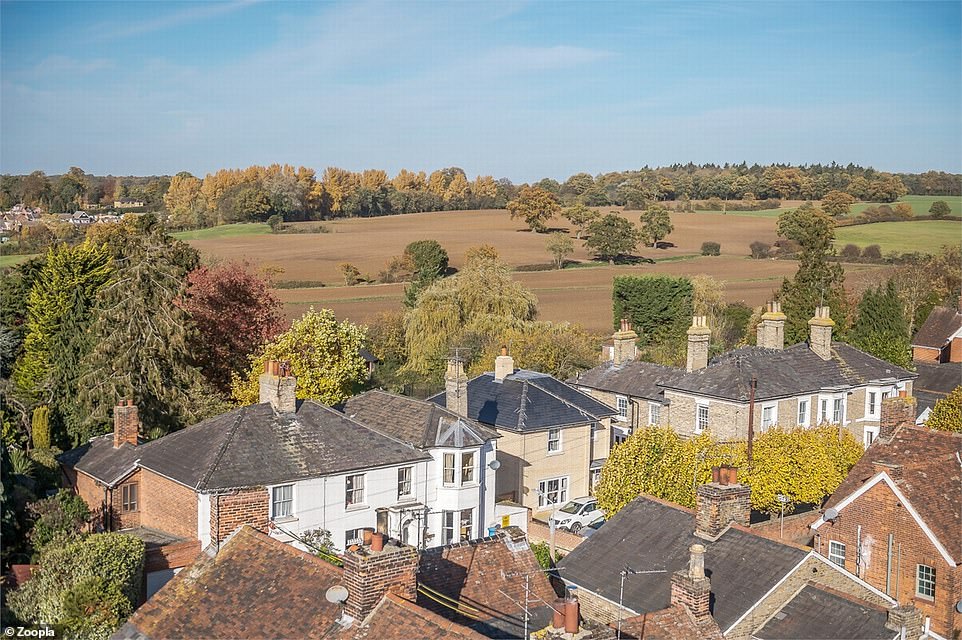 The average price of a property in the area is £485,388, according to property website Zoopla

The property in Colne Road is 15 minutes from the nearest main train station of Braintree, which has direct trains into London’s Liverpool street that take one hour.

The average price of a property in the area is £485,388, according to property website Zoopla. It is higher than the national average, which currently stands at £311,155.

There are several primary and secondary schools in the area, including St Andrew’s Church of England Primary School and Gosfield Community Primary School. 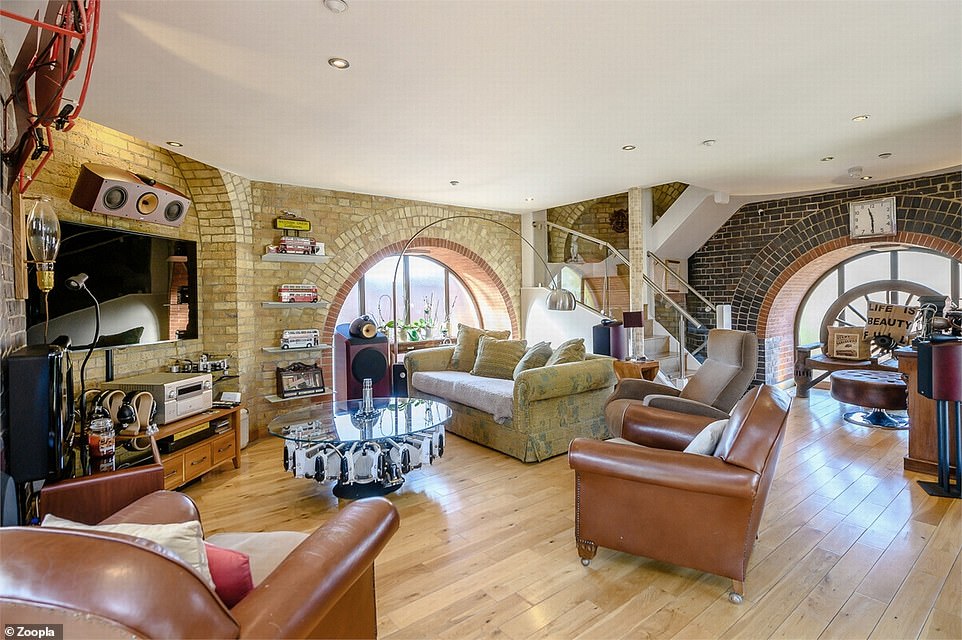