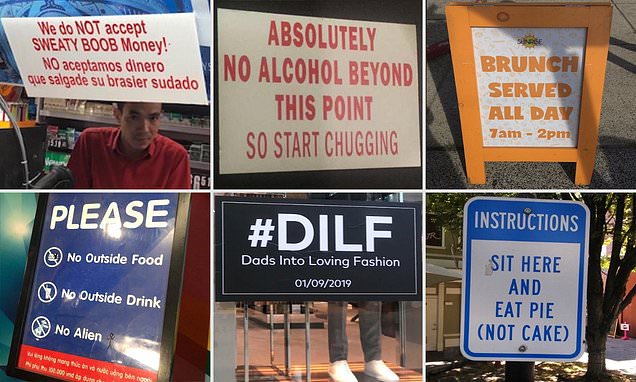 A well-placed sign is an ideal way to attract new customers and promote your business, but getting the wording wrong can spell disaster.

In an attempt to be creative, some businesses have ended up sending out some rather mixed messages, including an establishment that bizarrely banned aliens from the premises.

Another advertised all-day brunch, served between 7am and 2pm, while another announced a policy on not accepting ‘sweaty’ coins.

Here, FEMAIL have picked the top 15 strangest signs from internet users around the globe, collated by ebaumsworld. 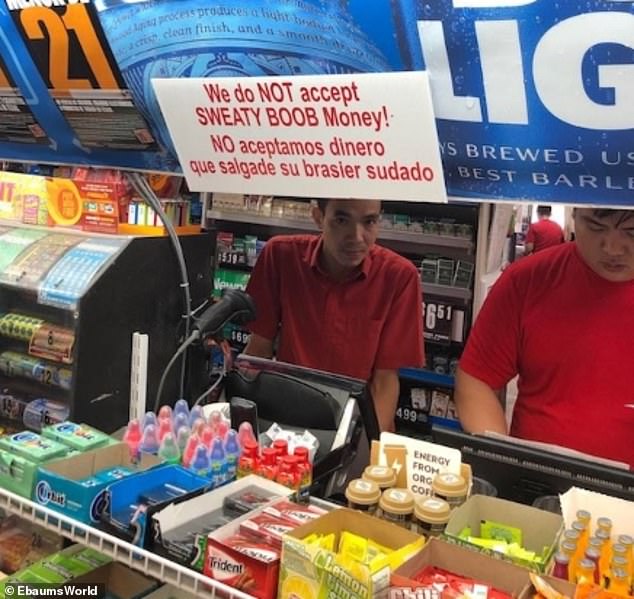 Site Ebaumsworld rounded up a selection of the strangest signs spotted around the world, including this Spanish shop with a very clear policy on money that’s been carried inside a bra 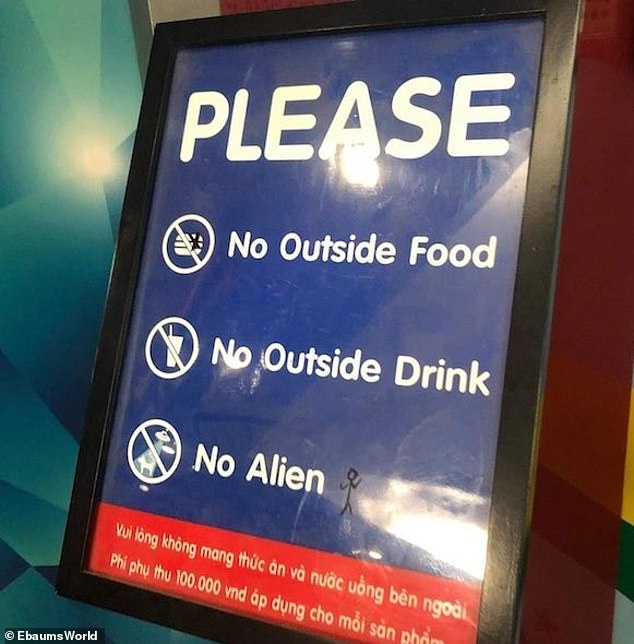 No extra terrestrial activities! An establishment in Vietnam shared their strict policy against having aliens anywhere near their premises 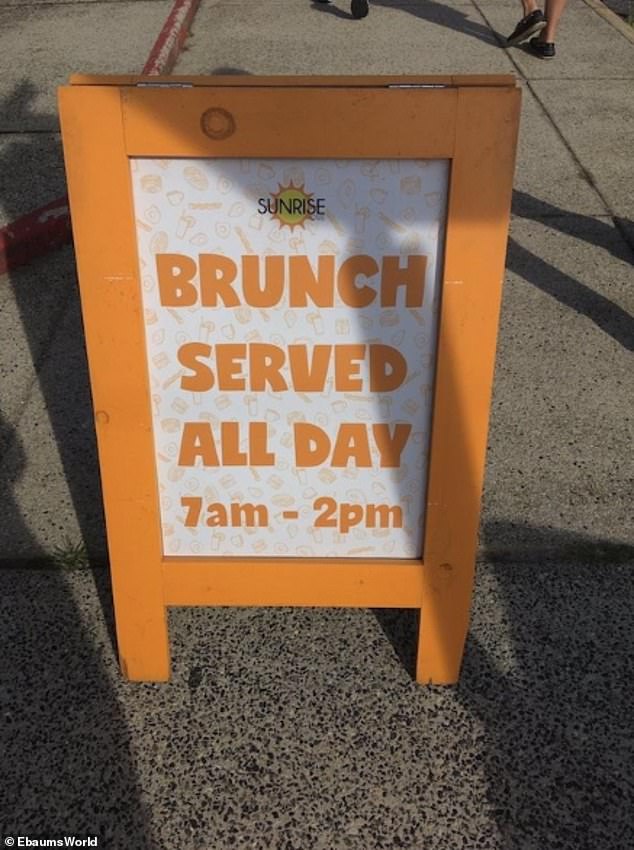 So, not all day? This restaurant is very honest about what they consider to be all day, clearly staring that they’ll be shutting at 2pm 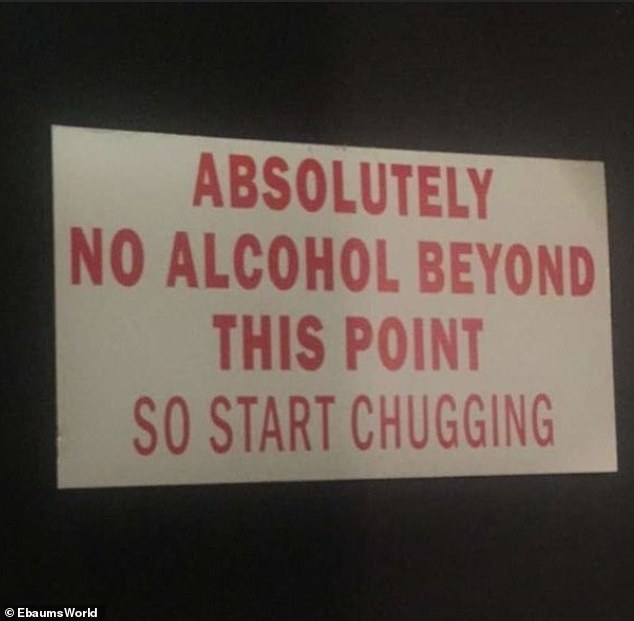 Drink up! Although one establishment in America doesn’t allow alcohol, they’re extremely transparent about what to do with it 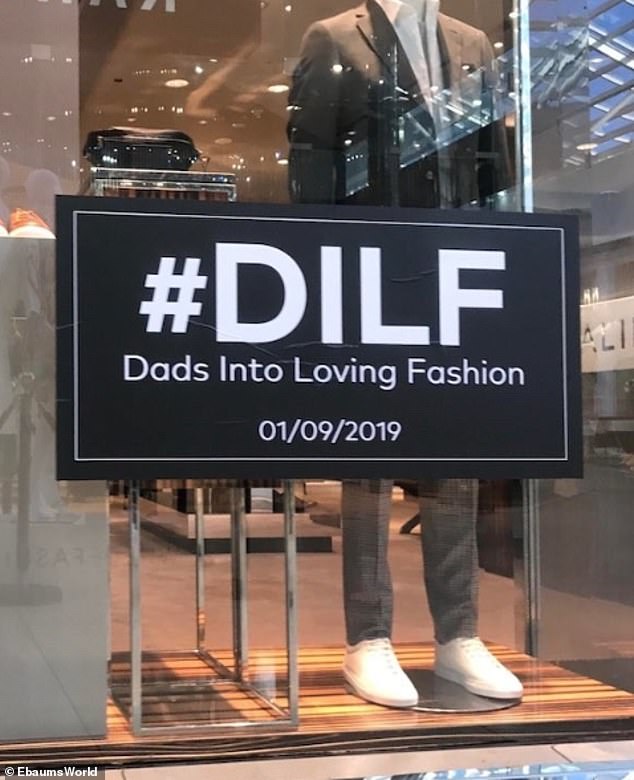 #DILF! Fathers shopping the British High Street who love fashion know exactly where to go with this very obvious sign 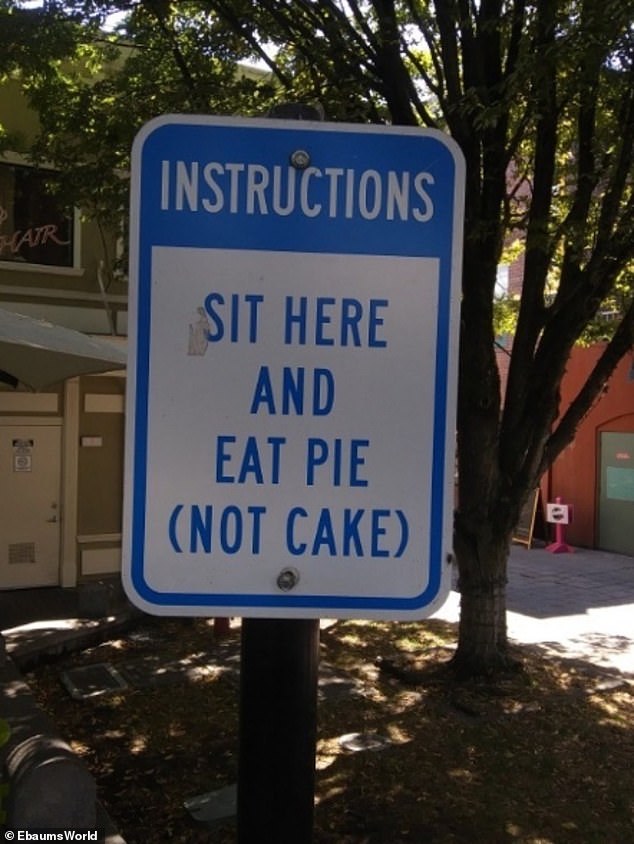 A place that holds an obvious aversion to cake was clear about what customers should eat while on their premises, seen in a sign thought to be in America 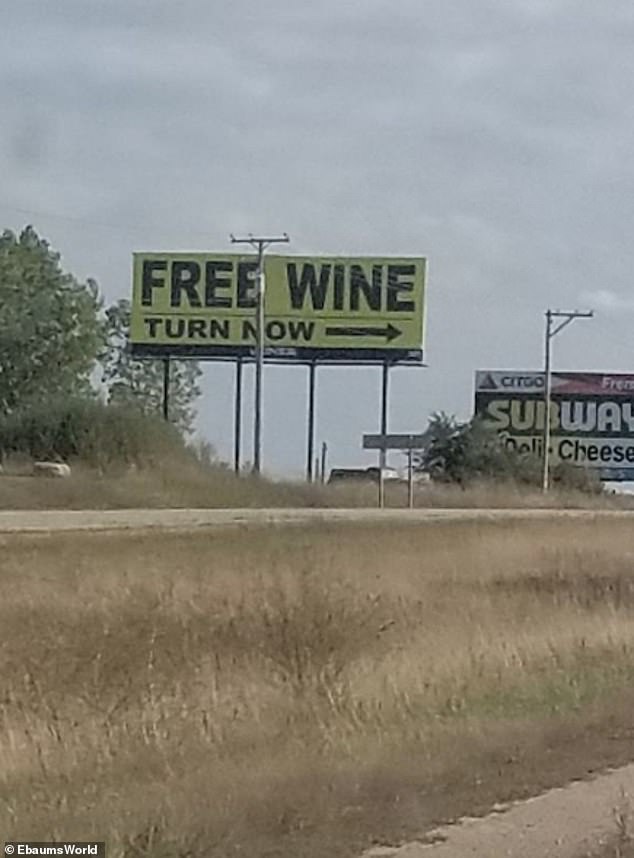 Wi-not? Wine lovers need not fear on this US road as they can clearly see exactly where they need to go to buy a bottle 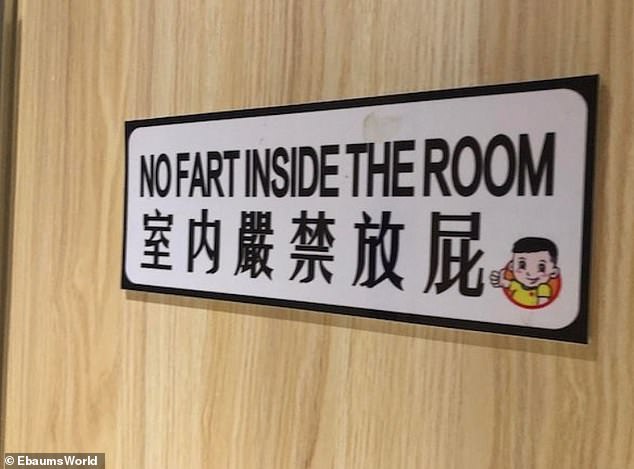 Fresh air please! Customers in China were very bluntly warned that farting inside one specific room would not be tolerated 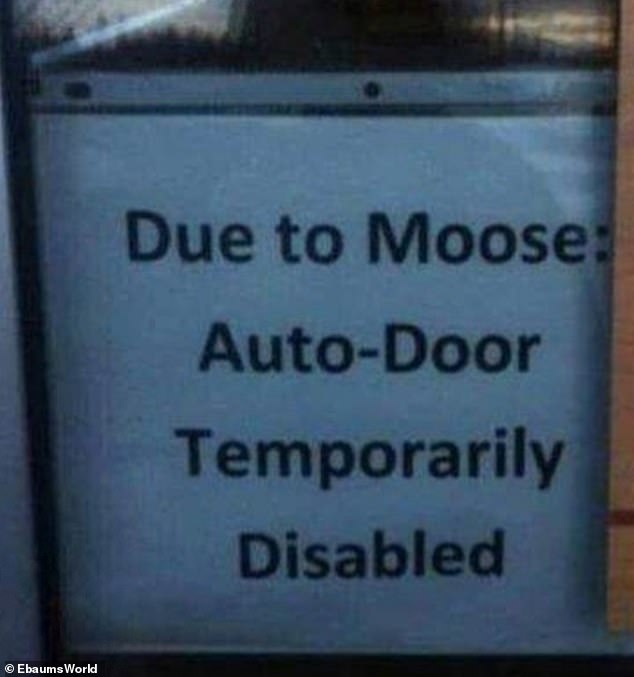 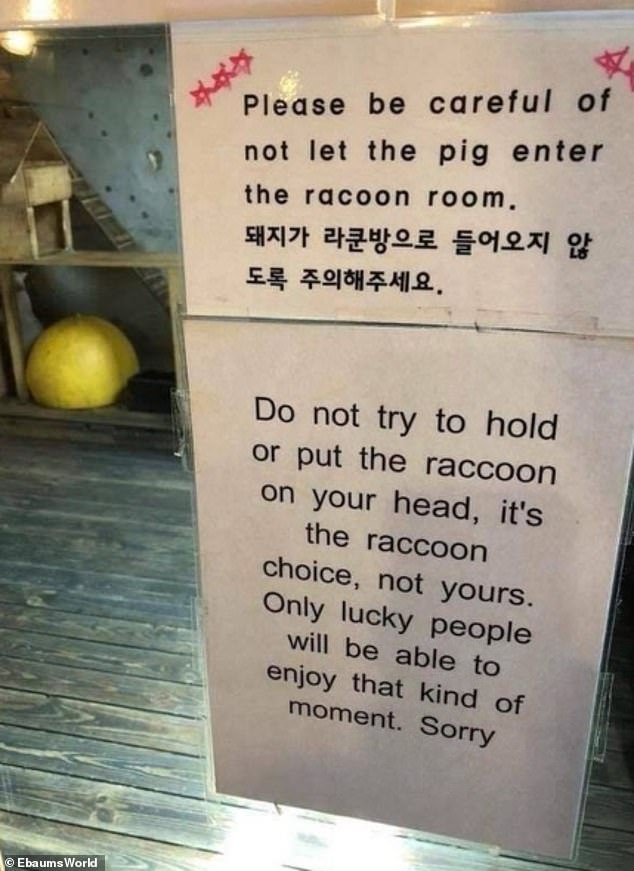 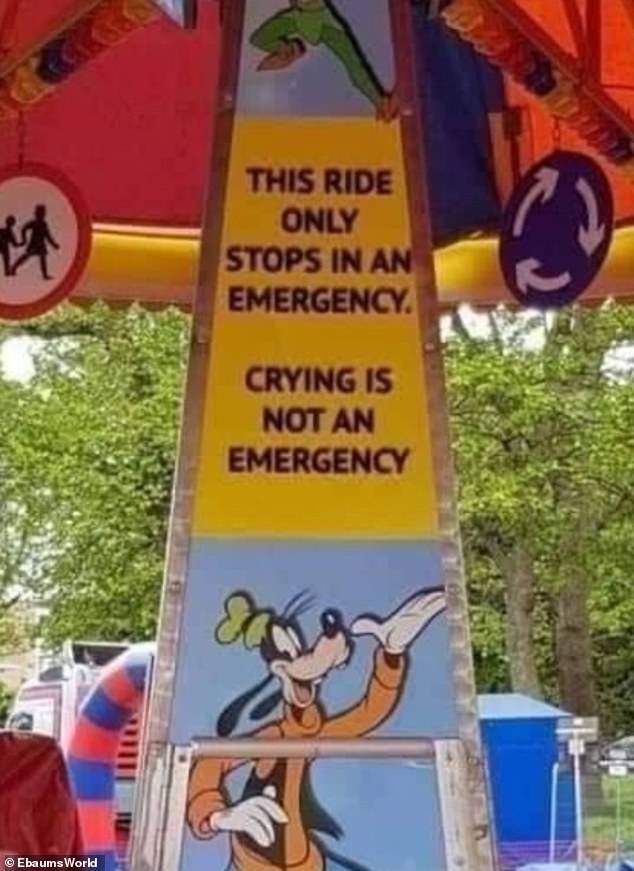 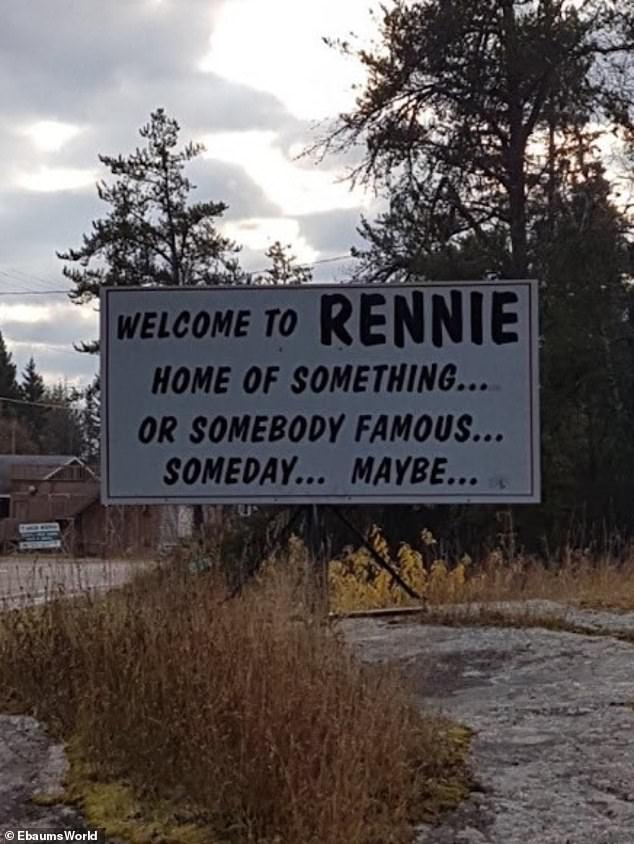